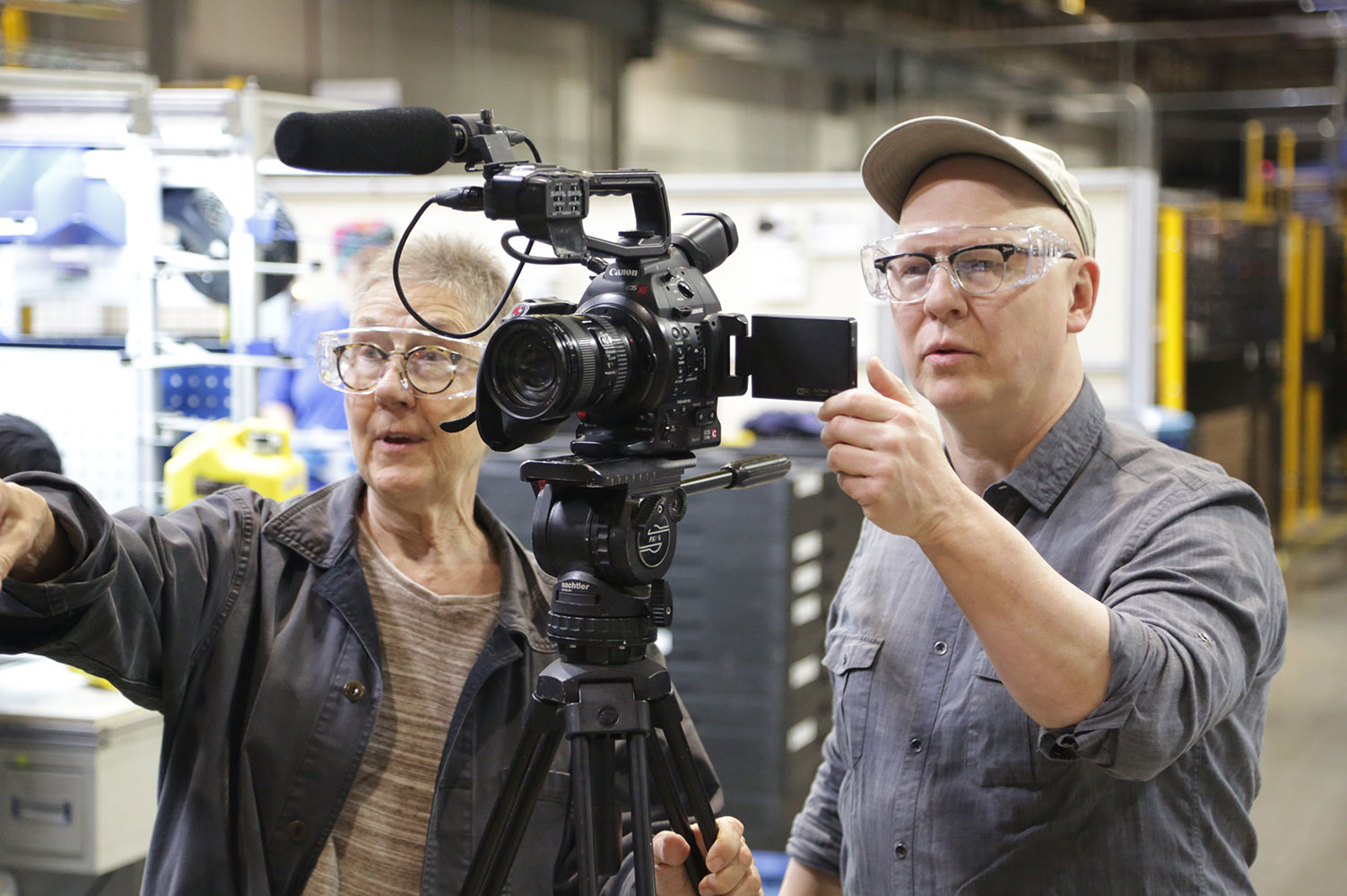 We at IDA are deeply saddened by the passing of Julia Reichert. She was a true warrior in the documentary world--as a fierce advocate for the working class and the labor movement, for the feminist movement, and for independent filmmaking. She will be forever renowned as a filmmaker, educator, and mentor--and, just as important, as a friend, partner, mother, and grandmother.

Here at IDA, she earned the 2018 Career Achievement Award and a 2019 IDA Documentary Award for Best Director, with Steven Bognar. This week's Screen Time celebrates her work with a selection of the films she made with Jim Klein and Steven Bognar.

The Oscar-winning 2018 documentary American Factory tracks the reopening of an Ohio factory by a Chinese company. The documentary, which is produced by Barack and Michelle Obama’s Higher Ground Productions, shares the cultural clash, and eventual connection, that arises from the reopening. Available now on Netflix.

9to5: The Story of a Movement released in 2019, tells the story of women workers in Boston fighting for equal pay, opportunities, and an end to sexual harassment in the workplace. Watch now on Netflix.

Growing Up Female, a documentary about the contemporary women’s movement, fueled conversation and controversy when it was released in 1971. The film serves as an introduction and explanation of feminism, following the stories of six women at different stages in life. Growing Up Female “offers us a chance to see how much has changed–and how much remains the same.” Available for streaming on Kanopy.

The 1976 documentary Union Maids, which was nominated for an Oscar in 1978 for Best Feature Documentary, investigates the American labor movement. The film follows three women’s efforts to advocate and instigate for change in the 1930s. Watch on Kanopy.

Seeing Red is a critical analysis of those comprising America’s Communist Party from the 1930s to the 1950s. The film examines the undemocratic practices of the party and its connections to the Soviet Union, while also delving into the causes it advocated for, like unionization, unemployment and Social Security benefits. Available for streaming on Kanopy.

The Last Truck: Closing of a GM Plant is an inside look into the closure of a General Motors company and its effect on its employers. The documentary is an intimate look into the disruption of the lives of the workers, aiming to advocate for workers’ rights. Watch now on HBO Max.

END_OF_DOCUMENT_TOKEN_TO_BE_REPLACED

American Factory: Made in the USA, Sort Of…