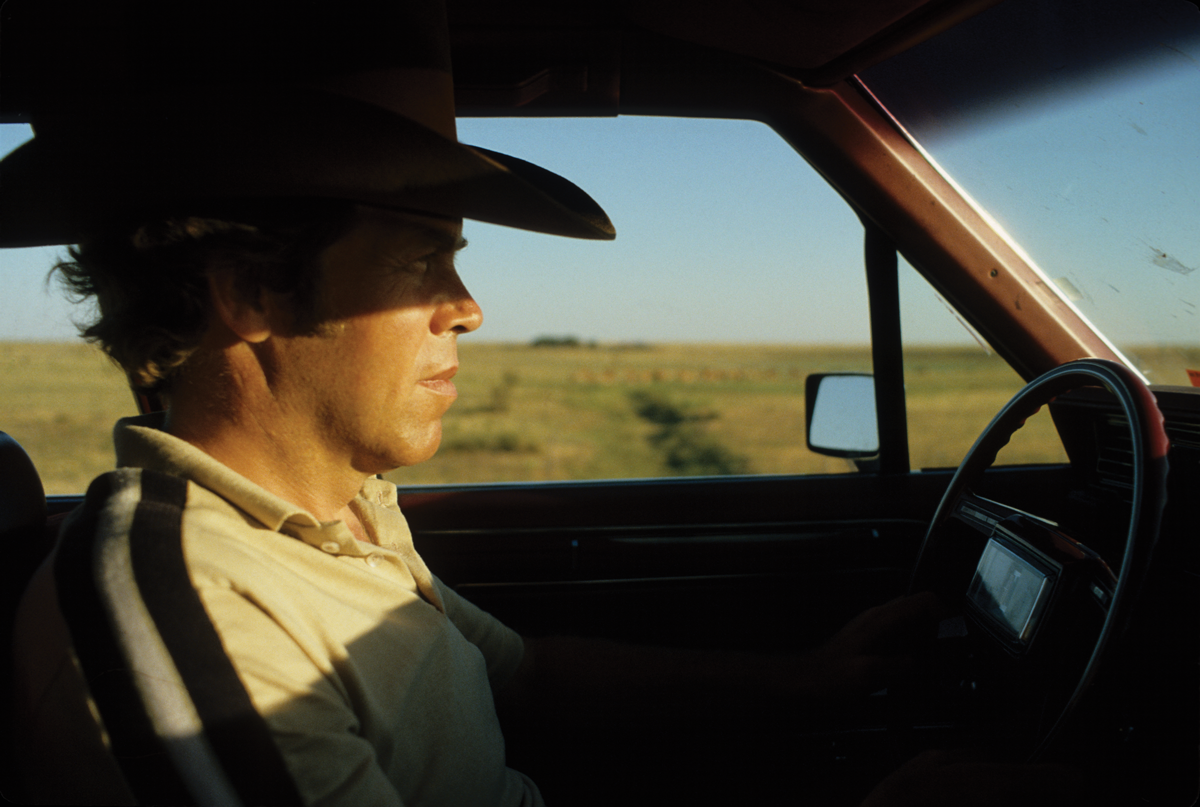 American flags, open roads, mixed drinks and Andy Warhol eating a Whopper: In 66 Scenes from America, Jørgen Leth's collection of cinematic postcards from a road trip across the country, the Danish director accepts Sei Shonagon's challenge, by way of Chris Marker, to compose a "list of things that quicken the heart."

I saw 66 Scenes in a class taught by the filmmaker Dick Rogers. It was my first documentary production course, and Dick screened many films that have become touchstones for me, like Portrait of Jason, Titicut Follies and Sans Soleil, but Leth's film has left the greatest impact on my work. As advertised, it contains 66 scenes from America, mostly a single shot long and avoiding camera movement of any sort. At the end of each scene, a voice, presumably Leth himself, names its location, usually placing us somewhere iconic on the American map—"Key West, Florida"; "Monument Valley, Arizona"; "Lubbock, Texas." Sometimes, however, Leth includes a few extra words, reorienting our sense of what we are seeing. When he says "The American Flag, Manhattan Beach, California," a shot that seemed to be about a car, protected by a dust cover, parked in front of a suburban home, suddenly shifts. A flag, fluttering in the middle distance, now draws our attention.

Throughout the film, Leth manages this shift in other ways as well, using Foley and the repetition of certain objects, like American flags, to direct our attention to unexpected places inside the frame. Changing our focus, midshot, energizes seemingly inert scenes by treating each one like a game of I Spy, in which the obvious subject may not be the chosen one.

Leth's approach dazzled me because it differed so much from Direct Cinema. Made famous by filmmakers like Richard Leacock, DA Pennebaker and the Maysles Brothers, Direct Cinema finds its roots in the work of Henri Cartier-Bresson and his notion of the  "decisive moment," which he describes as that moment in time containing both "the significance of an event as well as of a precise organization of forms which give that event its proper expression." Cartier-Bresson is saying that, like two separate waves, form and content sometimes align just so and, for a brief moment, combine their energies, elevating both beyond the limits of either. Recording those peaks is the work of documentary artists. But 66 Scenes' forward momentum is not generated by decisive moments, unfolding in front of the camera. Five minutes earlier, or five minutes later, that car and that flag would have looked much the same. Instead, the film's energy is created by Leth's way of looking at the world, a tactic echoed in other art movements that interested me at the time, like Dusseldorf School photography and Italian Neorealist cinema.

Over the years, I have come to see how 66 Scenes does capture a decisive moment, though on an extended timescale. The film encapsulates Reagan-Era America. And watching it today, I find myself tapping into Leth's wonder at the mix of variety and uniformity revealed by his travels. It feels like receiving postcards sent from a foreign land—not overseas, but across time.

Pacho Velez has co-directed two feature documentaries, The Reagan Show (2017) and Manakamana (2013). He is an Assistant Professor of Screen Studies at The New School and lives in New York City.

END_OF_DOCUMENT_TOKEN_TO_BE_REPLACED

Breaking More Than The Waves: Dogme Meets Documentary in 'The Five Obstructions'