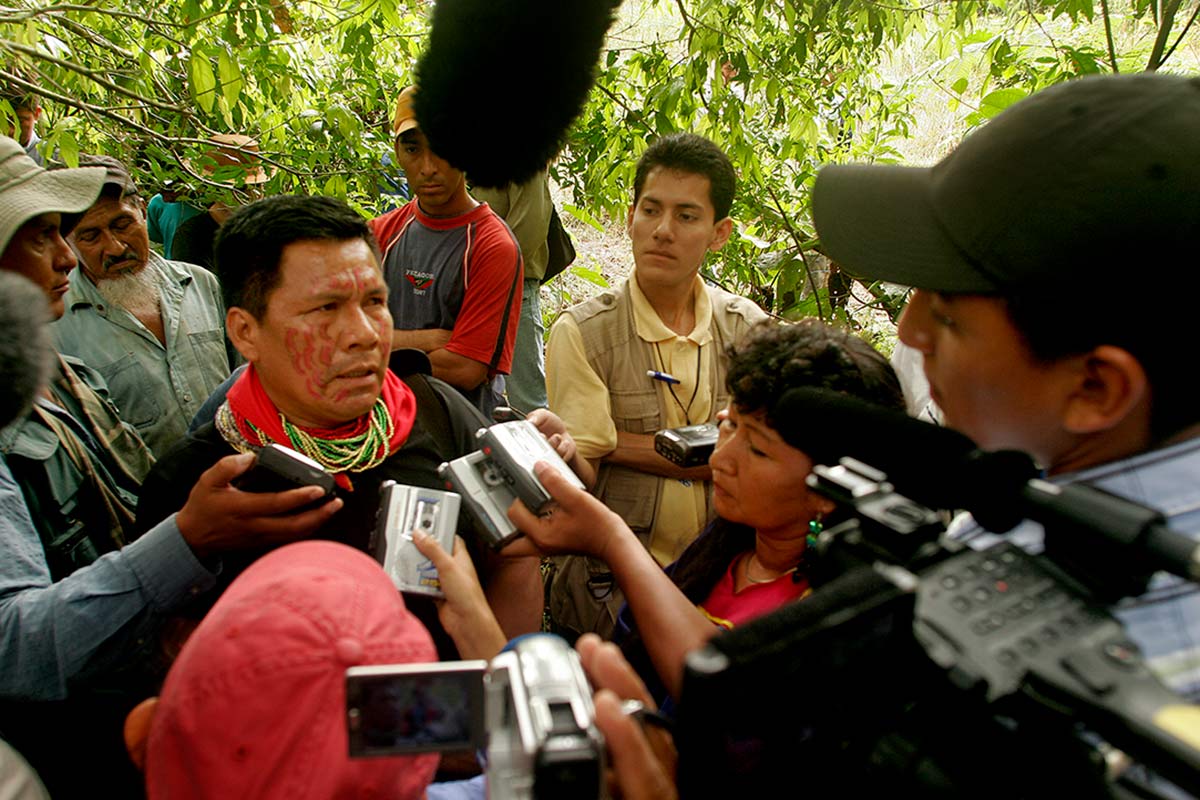 Subpoenas demanding that documentary filmmakers reveal confidential sources, or disclose their outtakes, notes or other unpublished work product pose a serious threat to the exercise of First Amendment rights. The risk of such compelled disclosure can chill communications with sources and film subjects, making them less likely to come forward or speak freely. And, in criminal matters, subpoenas run the risk of forcing investigative documentary filmmakers to act as an unwilling investigative arm of government, jeopardizing their independence.

Recognizing the need to shield journalists from routine demands for their sources and work product, the majority of state and federal jurisdictions across the country provide some form of legal protection when it comes to subpoenas targeting journalists. Some states have enacted specific statutes—so-called "shield laws"—that permit journalists to refuse to comply with a subpoena or other legal demand for information in certain circumstances. In other states, courts have recognized a constitutional or common law "reporter's privilege." Congress has not enacted a federal shield law, but federal courts across the country have recognized the existence of a qualified reporters’ privilege under federal law.

The protections afforded under this patchwork of constitutional and statutory laws can vary significantly. The scope of the reporter’s privilege that may apply in a particular case depends on what jurisdiction you are in, and whether you are asserting it in state or federal court. Thus, whether a reporter’s privilege is applicable in criminal as well as civil matters, whether it provides absolute or qualified protection, and whether it shields not only confidential but also nonconfidential unpublished information from disclosure, are all jurisdiction-specific questions. Importantly, whether documentary filmmakers, specifically, can assert the reporter’s privilege is less clear in some jurisdictions than it is in others.

California is an example of a state that, in general, provides strong protections for journalists against the compelled disclosure of sources and work product in cases in which the journalist is not a party. California's "shield laws," found in Article I, § 2(b) of the California Constitution and in California Evidence Code § 1070, are broad and protective. For example, in civil cases in which a journalist is not a party, California's reporter's privilege provides essentially absolute protection, regardless of the type of information sought by the subpoena. However, because the language of California’s reporter’s privilege expressly identifies certain types of reporters and news organizations that it applies to, it is not clear whether it protects all types of journalists, including, for example, independent documentary filmmakers.

New York's statutory shield law, found in Civil Rights Law § 79-h, on the other hand, contains a broader definition of "journalist." The law, which applies in both civil and criminal matters, and protects both confidential and nonconfidential information, can be invoked by anyone “who, for gain or livelihood, is engaged in gathering, preparing, collecting, writing, editing, filming, taping, or photographing the news” for any professional medium intended for dissemination to the public. This definition provides protection to the sources and work product of a broad array of members of the media, including documentary filmmakers.

Even in jurisdictions where the reporter’s privilege clearly applies to all journalists, documentary filmmakers have still faced challenges demonstrating that the privilege applies to them and their work. The most prominent example is Chevron Corp., et al. v. Berlinger, et al., a 2011 decision of the US Court of Appeals for the Second Circuit. In that case, the Second Circuit held that award-winning documentary filmmaker Joe Berlinger was required to comply with a legal demand for outtake footage from his 2009 documentary film Crude. To make his film about a pending lawsuit against Chevron Corp. in Ecuador that alleged environmental damage from oil exploration and extraction operations in that country, Berlinger shadowed attorneys for the Ecuadorian plaintiffs for approximately three years, shooting hundreds of hours of raw footage. When Chevron Corp. sought Berlinger’s unpublished footage in connection with separate litigation against the Ecuadorian plaintiffs and their attorneys, Berlinger resisted.

The court ultimately rejected Berlinger's contention that the qualified First Amendment reporter’s privilege recognized in the Second Circuit, which applies to both confidential and nonconfidential work product, shielded the outtakes from discovery. The court held that under the circumstances—particularly the fact that Berlinger’s making of the film had been solicited by counsel for the plaintiffs in the Ecuador litigation, and the fact that Berlinger had admitted to removing at least one scene from the final version of the film at the request of the plaintiffs’ lead attorney—Berlinger had failed to carry his burden to show that he acted with sufficient journalistic independence. According to the Second Circuit, a person “that undertakes to publish commentary but fails to establish that its research and reporting were done with independence from the subject of the reporting either has no press privilege at all, or in any event, possesses a privilege that is weaker and more easily overcome.”

The Berlinger decision is law in the Second Circuit, which includes federal courts in New York. And while it does not apply in other jurisdictions, it is a cautionary tale for all documentary filmmakers. Because courts may look to evidence of a filmmaker’s journalistic independence when determining whether the reporter’s privilege applies in a given case, filmmakers should be careful to maintain editorial and financial independence when it comes to their subjects and sources. But Berlinger should not be read to stand for the proposition that documentary filmmakers must be neutral when it comes to the subjects of their work.

Indeed in 2013, a federal district court in New York concluded exactly that. The court granted a motion to quash a subpoena directed at Florentine Films in connection with the Ken Burns, Sarah Burns and David McMahon film The Central Park Five, a documentary about the wrongful conviction of five African American and Latino teenagers in the highly publicized 1989 "Central Park jogger" rape case. In connection with a $50 million lawsuit brought by the wrongfully convicted men against New York City, the City issued a subpoena to the filmmakers demanding outtakes and notes from the filmmakers’ interviews with sources. Florentine Films fought the subpoena, asserting that New York’s statutory shield law and the qualified reporter’s privilege recognized in the Second Circuit protected the filmmakers’ work product from compelled disclosure. The district court, applying Second Circuit law, agreed. In doing so, it rejected the City's argument, based on Berlinger, that the filmmakers were not independent journalists because they had a "longstanding sympathetic relationship" with the wrongly convicted men, had made public statements supporting them, and had received assistance from their attorney in creating the film. In doing so, the district court made clear that the mere fact that the filmmakers had a "point of view" did not show a lack of independence and that the reporter's privilege applied.

For documentary filmmakers, protecting sources and subjects, outtakes and other unpublished work product from prying eyes is of critical importance. And it is especially important for filmmakers who rely on confidential sources, or whose work touches on sensitive topics or vulnerable subjects. Accordingly, in addition to adopting sound digital security practices and other source-protection techniques, documentary filmmakers should consider whether their work places them at risk of being subjected to a subpoena or other legal demand in a criminal or civil matter, and know what legal protections may—or may not—be available to them in the jurisdiction they are in, in the event they are served with such a demand. Knowing the applicable law is an important step in understanding how best to protect your sources and your work from legal efforts to compel its disclosure.

To learn more about the reporter’s privilege and whether or not your state has a shield law that applies to documentary filmmakers, check out the Reporter’s Privilege Compendium, a free, online guide prepared by attorneys at the Reporters Committee for Freedom of the Press. While that guide and this article can help you better understand the legal protections available in the event you are subpoenaed, they are not intended to take the place of specific legal advice from a licensed attorney in your jurisdiction. If you receive a subpoena or other legal demand, be sure to talk to a lawyer as soon as possible. If you are an independent filmmaker who needs assistance finding an attorney, you can contact the Reporters Committee for Freedom of the Press Legal Defense Hotline via telephone (1-800-336-4243) or via e-mail (hotline@rcfp.org).