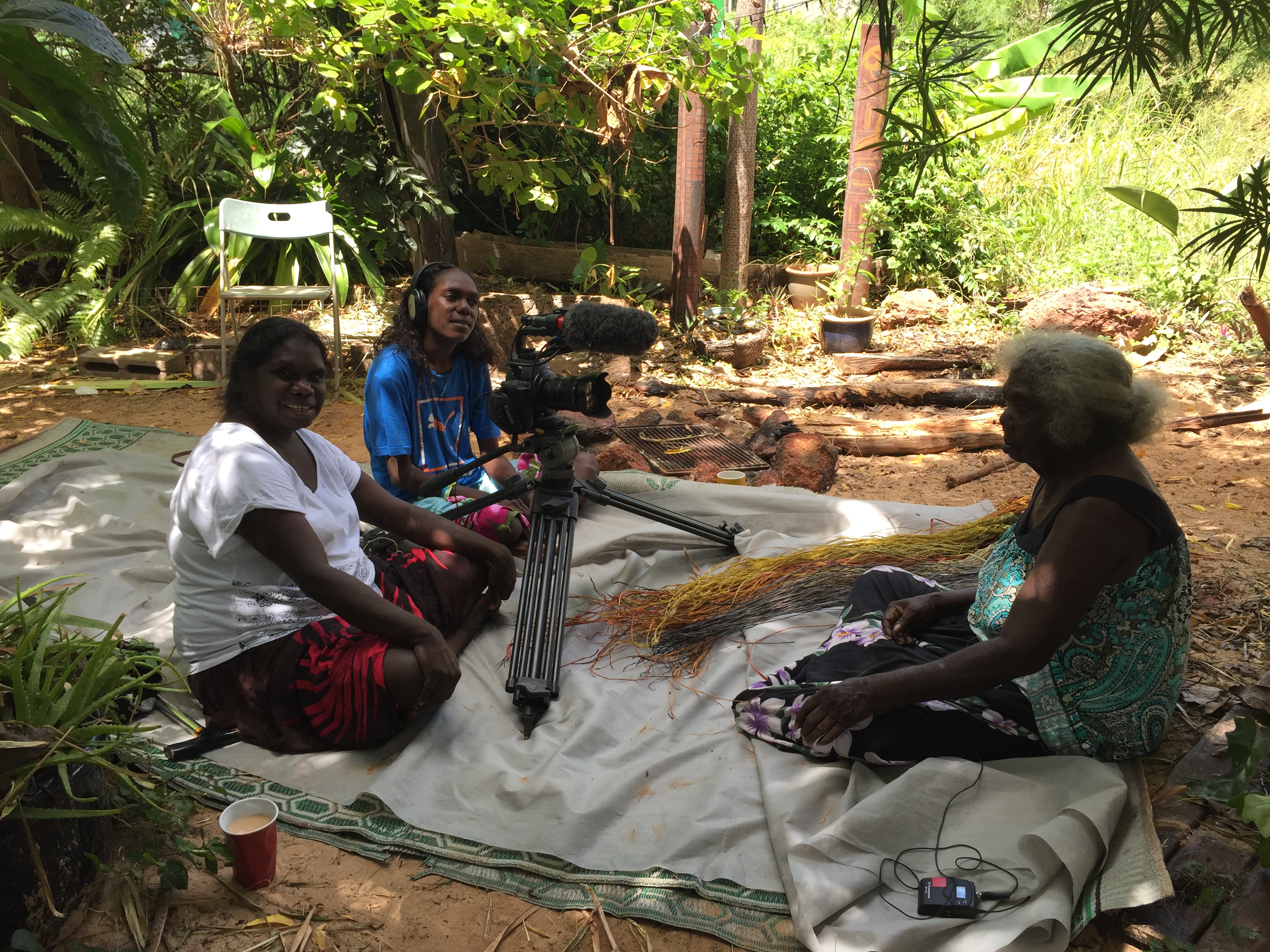 When Yolŋu filmmaker Ishmael Marika first found a 1970s recording of his grandfather speaking to his fathers as a small child, he was overwhelmed. He had never met his grandfather, but the recording couldn’t have come at a better time. Marika’s fathers1 were heavily involved in leadership decisions for the community at the time, and the discussions had been tense. The fathers were starting to disagree, and tensions had sprung up that threatened to impact the community’s leadership unity. Marika burned a copy of the recording and walked it into the meeting and pressed play. His grandfather's voice boomed out from the speakers, delivering the exact message his fathers needed to hear. Then he left them alone to discuss it. When he returned he found them, with tears in their eyes, discussing the message their father had recorded for them all those many years ago. The tensions vanished and the group was once again working together to address the important issues facing their community.

Marika took his grandfather’s message, translated the ancient stories and his message for the future, and created the film Passing on a Message, which was acquired by Australia’s National Gallery of Victoria, and made available to the local community.

Working as a filmmaker at Buku-Larrnggay Mulka Project in Yirrkala, in the far Northern Territory of Australia, Marika has centered his work with colleagues at the Mulka Center around the identification, repatriation, and use of archival material collected about the community by anthropologists, filmmaker/photographers and other friends and visitors to the communities over the decades. This effort has paralleled the creation of new films and art content, as well as the filming of community events.

Over the last 15 years, the Mulka Project has become the community hub for Yolŋu film and media content and sees, on a daily basis, the old and young alike coming into their little theater to watch archival content, new films and digital art, all of which are locally made.

The Mulka Project’s films and digital art projects have been screened all over the world. Some of their most powerful films and film art installations place people, country, and story boldly layered on top of each other in beautiful juxtaposition for the viewer. The confidence with which the Mulka Project’s films sit themselves in the spirit and heart of the Yolŋu is refreshing. There is little sense that the focus of the Mulka Project is on explaining themselves to an outside world, as one so often sees. The focus is on internal expression, with the core purpose connected to the community’s ancient roots and all aspects that originate from the land. As Yolŋu elder Djambawa Marawili explains, “The land has everything it needs. But it couldn't speak. It couldn't express itself. Tell its identity. And so it grew a tongue. That is the Yolŋu. That is me. We are the tongue of the land. Grown by the land so it can sing who it is. We exist so we can paint the land.” 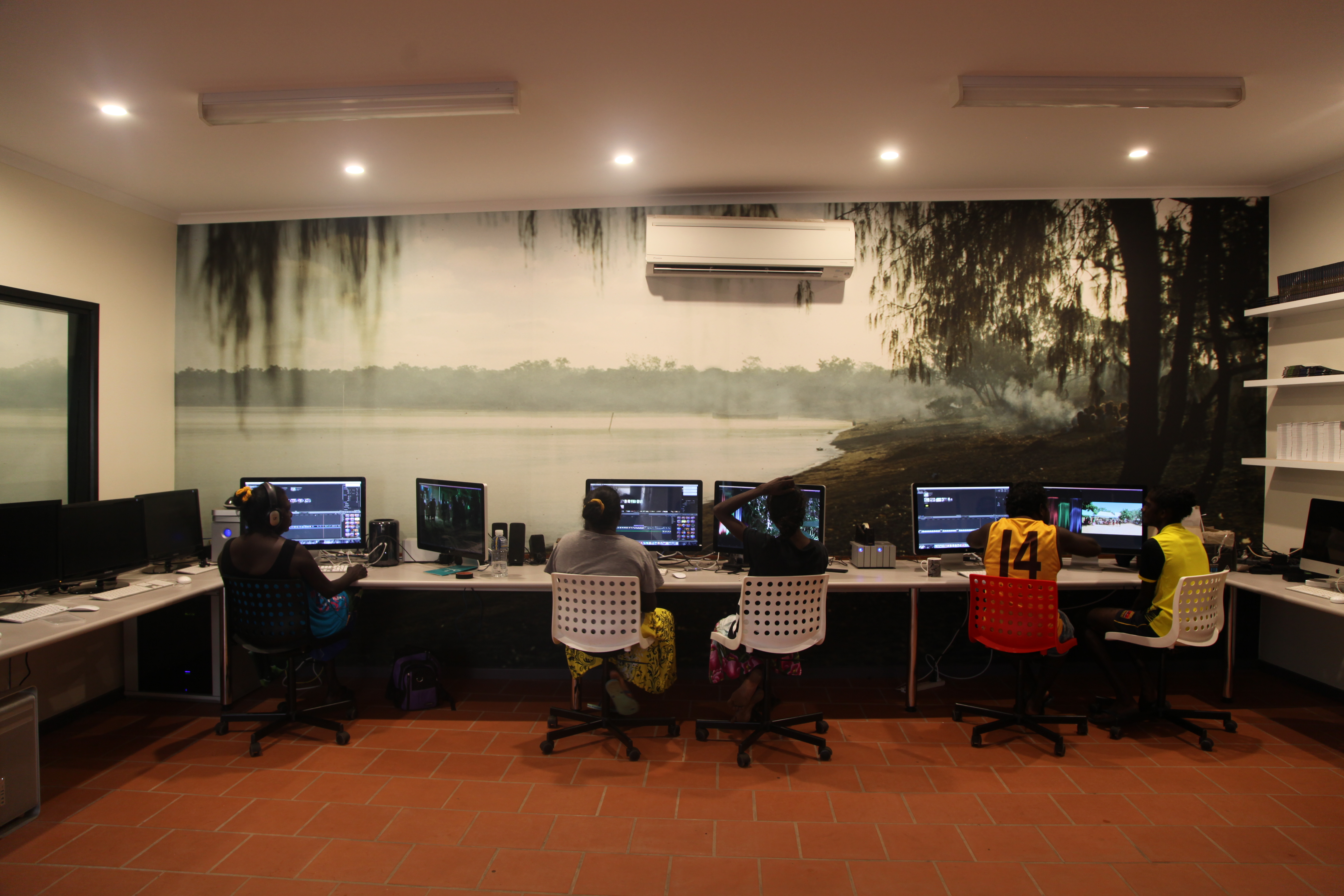 This core focus is palpable across the films and content created at the Mulka Project by the local Yolŋu filmmakers and artists. Whether it’s digital art installations that span time and ceremony; films about ghost stories; documentaries about key community characters; or animations about land rights, the Mulka Project’s films span a vast array of content, style, and structure with the distinctive Yolŋu art and character laced through every contribution. “On the hands, and on the shoulders, of Yolŋu, the Mulka Project’s cameras and microphones are the Eyes and the Ears of our children’s unborn children,” reads the powerful statement of purpose on the Mulka Project’s website.

This is revolutionary in our industry, where the unstated, mostly unchallenged assumption has long been that if you are making films, they need to always target the mainstream or the larger audience. For smaller, First Nations communities, this assumption results largely in films about our communities, rather than for our communities. What the Mulka Project and their next-door neighbors, the Karrabing Film Collective, are also tapping into is a growing revolution mirrored by CAAMA media in Australia, Isuma in Canada, and similar initiatives in New Zealand and North America, and around the globe where films are being made for communities and with the community.

The Karrabing Film Collective made up of the Kiyuk, Wadjigiynand Emmiyengal focuses on the integrity of the community voice. They create their work locally with community actors, directors, and writers. The films address hard issues the families and communities are facing, such as the impact of colonialistic attitudes and actions in their county and community. The Collective’s work is an intentional intervention aimed at resisting the impact of colonization on the community's storytelling norms and aesthetics. As the Collective’s Rex Edmonds says, "We all know the stories of our country and who is responsible for what. The story and the responsibility bring us together as a community. The story that white people and governments tell about our country and our responsibility is not our story. They force it onto us and it divides us as a community. We tell our stories in our way because these are the stories that belong to this country and help our people come together."

Filmmaking technology has traditionally been relatively inaccessible to First Nation communities. The only real exposure to filmmaking has come through Hollywood films imported into the communities, but with the advent of digital technology, this system of access has changed drastically. Films can be shot, edited, and published with phones. This opens up the opportunity for the community to take control, which both the Karrabing Film Collective and the Mulka Project have taken advantage of.

For their first project, the Collective brought in an outside filmmaker. With no formal training, they wanted to make sure they had help. And while it was appreciated, the Collective realized they knew the stories they wanted to tell and how they wanted to tell them; what they needed was technical support. There was little interest by the Collective in telling stories with a Hollywood or mainstream storyline, or with the deficit-driven narratives common to Australian content. What the Collective wanted to do was use filmmaking to bring into the modern context those stories that circulate in their collective consciousness— stories that have traveled to them through ancestral narratives. They also wanted to use the power of media and filmmaking to fill the space with stories about the key issues the community was facing. The Collective was aware of the impact these deficit stories had on the policy the Australian government was enforcing on their people and land, and they chose to use film to change that.

So, they picked up the cameras and launched themselves into the digital media world. “When we’re being Karrabing, we can go out bush and do some cultural things and learn with the family and just get away from all the stress and relax and learn,” says Collective member Sheree Bianamu. The first film they finished was Karrabing, Low Tide Turning. When they sat down as a group and screened the film, the response was overwhelming. There was surprising feedback from the audience, with a lot of laughter and joy in seeing themselves, children, and community members reflected on the screen in their own light. 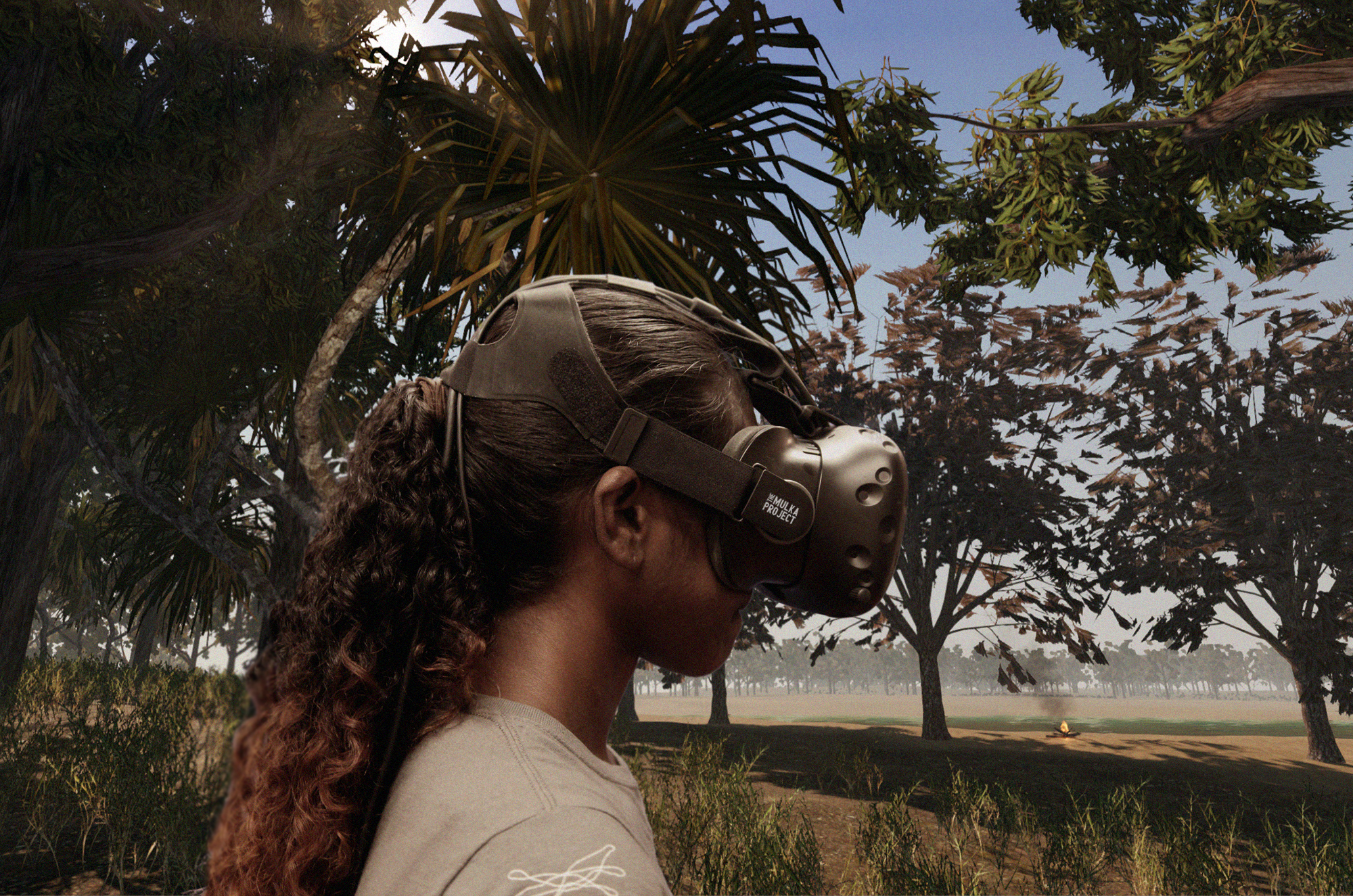 It is precisely Karrabing’s protection of purpose that gives their work the edgy, raw content and style that has attracted attention in the film world. Firmly seated in context, the stories pick up issues the Collective is grappling with on a daily basis, weaving in and out of the character of the land, the colonial intrusions into their life and lands, and the day-to-day relationships and key issues many community members face. The Collective’s films layer meaning with a multitude of images on screen to immerse the audiences in the total experience from a community perspective.

As a viewer not from the community, immersion into their world is the most powerful way to experience the films. The unapologetic anchoring of the stories in the community narrative, voice and landscape is a relief in a world where so many First Nations filmmakers and films have been strong-armed into explaining themselves and translating their work to an external audience in the attempt to reach a market. Painted onto the Karrabing screens are often a myriad of faces rich with nuance, colorized landscapes, varied color-treated images and intentional textures topped with colonial text, jarring the viewer into the real context. The Collective’s films are written, directed, mostly filmed, acted and edited by the group itself, which is confident about who their audience is. Their work represents a literal and symbolic resistance to a colonial intrusion into their art, storytelling and cultural foundations.

In the film industry, where simple representation of diversity on screen is still a subject of active debate and conversation, initiatives that tie film, art, authentic representation and sovereignty across story content, art and structure are revolutionary. These initiatives show us what’s possible. They are leading the way by making space for content and artists to help the industry move beyond its history of culturally biased content into one created by and reflective of a diversity of indigenous cultures. The impact of opening up this space will be profound. As communities continue to re-take control of and/or strengthen their control over their own storytelling traditions, and as those traditions migrate into filmmaking and digital platforms, the internal benefit and strength these ancient storytelling traditions provide will not only continue to be available to the communities through a nontraditional and ubiquitous media, it will also seed strength into the global film industry. Given the impact stories and films can have on societies, these movements, and what they could grow into, just might be the quietly grounding and unifying power we need to transform the energy birthed out of movements like BLM and #MeToo into an authentic inclusive voice for the industry.

Rachel Naninaaq Edwardson is an Iñupiaq/Norwegian/Sami social justice filmmaker and educator from Utqiagvik (Barrow), Alaska. She has directed/produced/written documentaries, live to tape tv, short narrative films, and improvisation drama. She is a producer and impact producer on In My Blood It Runs, directed by Maya Newell in collaboration with those on screen and produced with Sophie Hyde and Larissa Bahrendt.