Five Questions with Adam Irving, Director/Producer/DP, 'Off the Rails' 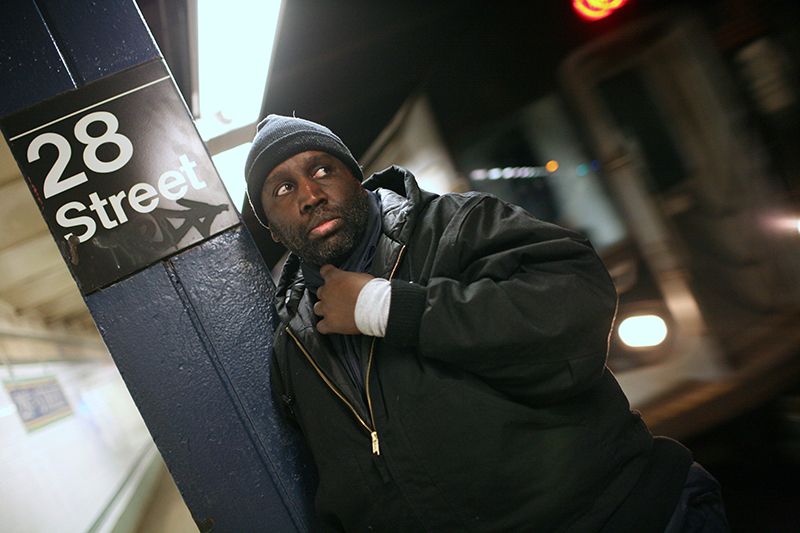 If you're a tabloid-reading New Yorker, you may already be familiar with the strange and sad tale of Darius McCollum, a guy from Queens whose transportation obsession has led to 32 convictions for impersonating MTA employees and taking over their bus and subway routes (and providing first-rate service, by all accounts). The transit fanatic also suffers from Asperger's syndrome and has spent over two decades in maximum security prisons as a result of his victimless—as he's never hurt anyone, nor so much as even damaged any equipment—crime sprees.

And now Darius is getting the big-screen treatment in Adam Irving's thoroughly artistic and absolutely infuriating documentary Off the Rails, which is having its international premiere at this year's Hot Docs. I was fortunate enough to speak with Irving right before his riveting film's world premiere at Full Frame. 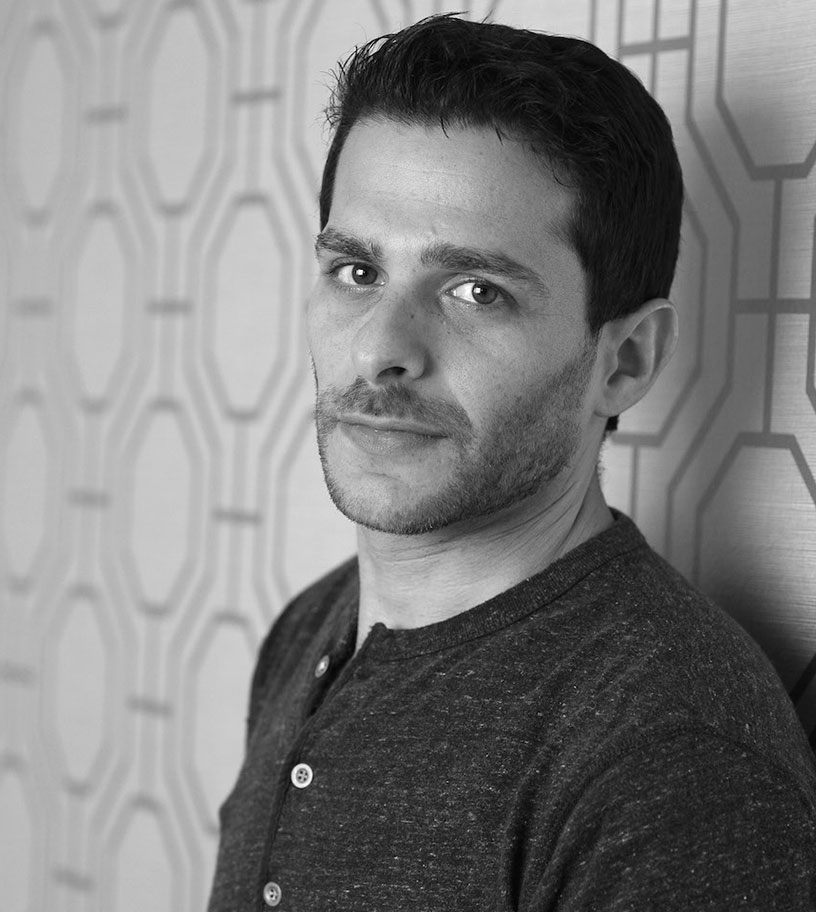 How did this project come about? How did you connect with Darius in the first place?

In late 2012 my brother emailed me a YouTube video of a man excessively enthusiastic about a passing train. The video's comments referred to the man as a "foamer." As an insatiably curious person, I looked up the term "foamer" and came upon a Wikipedia article titled "Railfan" that explained that "foamer" is a derogatory term for someone so excited by trains that he foams at the mouth upon seeing one. This "Railfan" article led me to Darius's Wikipedia page. The moment I read the first line I was hooked: "Darius McCollum has spent more than a third of his adult life in prison for impersonating NYC transit workers." What a fascinating story! I remember feeling chills. It was surreal. I knew in that moment I would spend the next few years of my life telling his story. And I did.

I stayed up past 4:00 a.m. that night exhaustively researching Darius, making sure no one had done a documentary on him. Satisfied that no one had, I flew to New York and met with Jude Domski, an artist who wrote a play about Darius called Boy Steals Train. Jude gave me the rundown on dealing with Darius. She was protective of him but encouraged me to pursue my project. She gave me instructions on how to correspond with Darius (as he was locked up at Rikers Island at the time). Over the next six months, Darius and I exchanged over 100 letters, and I decided to finally meet him. I flew to New York and visited him at Rikers. He was shockingly "normal" for a guy who had spent 20 years in prison. We chatted for the allotted hour and decided to make a movie together. The rest is history.

One of the aspects of the film that most thrilled me is that it's really a social justice doc "disguised" as a character-driven story. As fascinating as Darius himself is, his Kafkaesque tale also serves as an extreme example of the infuriating failings of our criminal justice, mental health, and prison and parole systems. Did you know from the start that the project would become an "activist" doc?

At the very beginning, when I just had "Google knowledge" of Darius, I envisioned my film as a quirky doc about an impostor with Asperger's syndrome. But then I read a brilliant, award-winning Harper's Magazine story about Darius called "The Boy Who Loved Transit" (May 2002). The Harper's piece went so much deeper than the tabloid papers that characterized Darius as a "transit nut." There I learned that Darius had been assaulted as a child, and suffered from depression and anxiety. He was just a kid who wanted to drive choo-choo trains trapped in the body of a mentally challenged adult. Then, slowly, I learned about all the systemic forces that set Darius up to fail—the criminal justice system, the educational system, the mental health system—and that's when I knew I was going to make an activist doc. I knew that if I could get viewers to see Darius as a victim of a careless, broken system, rather than as a foolish troublemaker, the film could actually generate a movement to help Darius and others like him lead meaningful, fulfilling lives.

While editing an early cut of the film, I wrongly assumed I would need dozens of experts explaining how and why the criminal justice system is broken. But I quickly learned by testing the film on friends that the example of Darius' story was more than enough to convince viewers that the American legal system is broken. There was no need to be didactic. Character-driven films are almost always more interesting than issue-oriented films because we can relate to people better than we can to ideas. I got lucky in finding a character-driven story that just so happened to have a really important issue behind it. 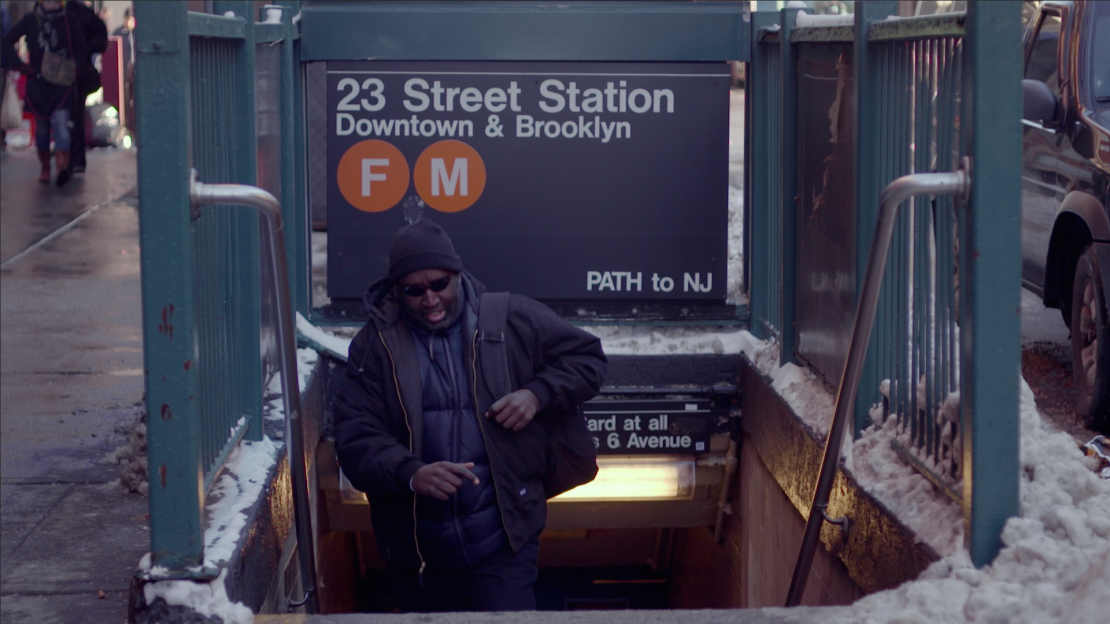 There's a lot of artistry behind the lens, from the Errol Morris-style interview setups, to the re-enactments and whimsical animation. As a cinematographer yourself, how did you decide on the look and feel of the film?

I've been highly influenced by Errol Morris' work. My Italian cinema professor is a good friend of Errol's, so I had the pleasure of meeting him when he screened The Fog of War in 2003 and Tabloid in 2010. Errol's dazzling, symbolic b-roll and direct-eye-contact interview style informed much of my storytelling in Off the Rails. Although there are a dozen interviewees in the film, the only interview subject I directed to look straight into the lens was Darius. I did this because one of the traits of Asperger's syndrome is difficulty making eye contact. By having Darius look straight into the lens, he created the illusion that he's looking directly at the viewer, which would be difficult for Darius to do in real life. But because Darius was looking at a piece of glass, he had no trouble making "eye contact" with the "viewer." I think this device made Darius feel more "present" to viewers.

I incorporated a fair amount of animation in the film because I felt it would not only add production value, but also inject some levity that helped balance the film's often melancholic tone. Likewise, the saturated colors and simplified shapes in some of the animated sequences captured Darius's childlike view of the world—a concept that would be difficult to express with true-to-life images. Lastly, I wanted to heighten the tragedy of Darius' story by juxtaposing playful images (i.e. animation) with heartbreaking story beats. Michael Moore nailed this concept in Roger and Me (1989) by pairing shots of abandoned homes in Flint, Michigan, with the Beach Boys' cheerful song Wouldn't It Be Nice. Even though the upbeat music is "inappropriate" for the images, the scene ends up being even more powerful precisely because of that unnerving juxtaposition.

You also smartly highlight the fact that Darius' notoriety may be partly to blame for his inability to break free from his train addiction. He feeds on his "celebrity" status, which in turn may fuel him to commit another crime. Did you ever worry that by making this film you might in some way be contributing to this vicious cycle?

Because he thrives on the attention, it's true that media coverage of Darius' crimes incentivizes him to commit more of them; however, I believe the benefits of making Off the Rails outweigh the disadvantages. Unlike all the judgmental, insensitive tabloid articles that have been written about Darius, Off the Rails portrays Darius as a whole person, by examining the cause of his criminal behavior, as opposed to sensationalizing the crimes themselves. As such, the film will likely garner the kind of sympathy and understanding Darius needs to help him live a better life. In other words, the film's call for action through support and advocacy for Darius is far more powerful than the potential harm of "celebritizing" him. 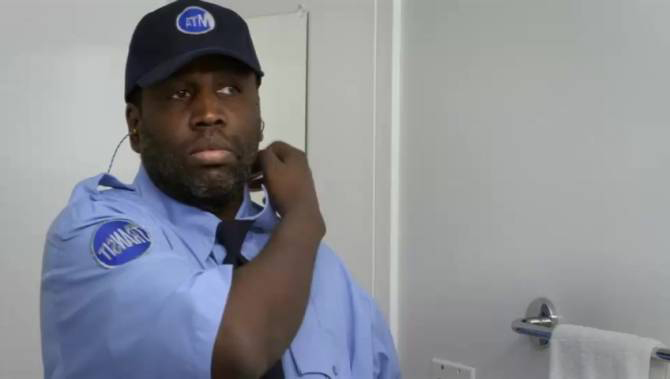 Speaking of celebrity, I just read that Julia Roberts has signed on to the narrative version of Darius's life—or rather a "courtroom drama," in which she'll play his lawyer. Did you ever consider tackling this story as a fiction film, or through any other format, for that matter? I know director Angad Singh Bhalla followed up his Emmy Award-winning solitary-confinement doc, Herman's House, with the interactive project The Deeper They Bury Me: A Call from Herman Wallace.

Even though I love watching narrative films, I've never felt inclined to make one. There are simply too many hoops to jump through and too much time waiting for financing, talent and a slew of other moving pieces to align. There's nothing more frustrating than having a beautiful creation sit in a drawer suffering in "development hell." I love that as a documentary filmmaker I can conceptualize something and then create it without having to rely on the studio system or an increasingly fickle commercial market.

That being said, many times I wanted Darius' story to conform more closely to a traditional three-act structure. But I was at the mercy of Darius's real life arc—to state the obvious—because I was making a documentary and wasn't allowed to make stuff up. The beauty of narrative filmmaking is that audiences will forgive—and even expect— some embellishment in "true stories" in favor of a more dramatic movie. So admittedly, I'm envious of the flexibility narrative filmmakers have in crafting a dynamic story.

Off the Rails makes its international premiere on May 4 as part of Hot Docs' Canadian Spectrum.

Lauren Wissot is a film critic and journalist, filmmaker and programmer, and a contributing editor at Filmmaker magazine. She currently serves as director of programming at the Hot Springs Documentary Film Festival, and programming consultant for the Santa Fe Independent Film Festival.