Follow the Money: Kimberly Reed Tracks the Fallout from 'Citizens United' in the State of Montana 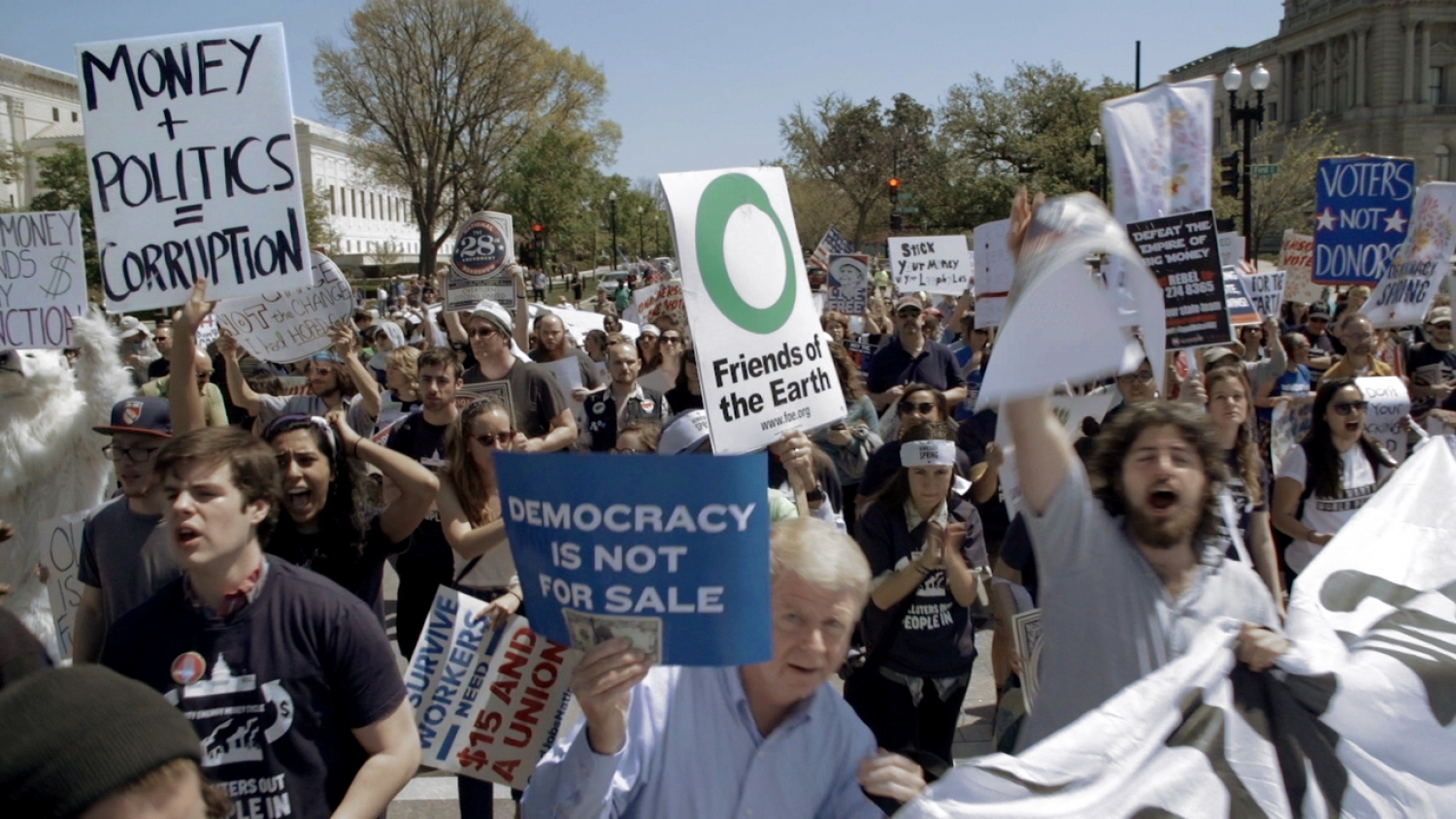 When the 2010 Citizens United Supreme Court decision opened the floodgates to money in political campaigns, New Jersey-based director Kimberly Reed felt frustrated but didn’t know what to do. Two years later, it turned out, an old high school classmate of hers from Montana—Steve Bullock, then the state’s attorney general—was preparing to come to Washington, DC, to wage the only state challenge to the decision before the Supreme Court.

"Initially, I thought this was going to be a 'Mr. Bullock Goes to Washington' story about how Montana resists Citizens United," Reed admits. "I wanted to be on the ground filming that when it happened."

But it never did. The court struck down Bullock's case before even hearing legal arguments.

"In the process of digging into that story and the issue of campaign finance, I could see that Montana was really where the clash was happening," Reed reflects. So began a period of six years and over 20 trips to her home state in which Reed would weave a web of characters and storylines illuminating the behind-the-scenes attempted corporate takeover of the Montana state legislature—a microcosm for the entire country.

Dark Money traces Montana's history from the copper baron days at the turn of the 20th century—when the "richest men in the world" would buy the legislatures, newspapers and judges—to passing one of the strongest campaign finance laws in the county. (In addition, their "citizen legislators" serve only 90 days at the capital every other year and retain their day jobs). Today, all of that is vulnerable to a new corporate assault.

Ten years after her first film, Prodigal Sons—which interrogated intimate family dynamics surrounding her mentally troubled brother as she confidently came out as transgender to her Montana childhood community—Reed has created an information-packed, cinematic, wide-ranging investigation into this abstract phenomenon of "dark money" quickly gathering a stranglehold on any democracy this country has ever had.

With JustFilms/Ford Foundation providing a bulk of the funding and Michael Bloom and Adam Pincus of Topic/First Look Media heading the roster of executive producers, the film premiered at Sundance earlier this year. Documentary spoke to Reed by phone as she traveled from the Mendocino Film Festival.

Citizens United  is a huge issue nationally. Jane Mayer’s book, which shares the title, Dark Money, also takes a national perspective. Why did you focus on the state level, and specifically your home state of Montana?

Two things. One, I think it's always very helpful to keep the story as tight and focused as possible, especially with a topic as abstract and difficult to visualize as campaign finance. I thought it would be especially important to have human faces at the center of this story, and not a bunch of bar graphs.

The second had to do with access. I had access as a former Montana resident. I knew the players. I was able to predict where some of the dramatic clashes were going to happen because I knew the lay of the land. I don't think that someone who didn't know the lay of the land as well would have had the same access.

When you grow up going to grade school in Montana, you hear about the history of the battles of the Copper Kings and how the richest men in America, maybe the world, were fighting it out in Butte, which was known as the richest hill on earth at the time. William A. Clark literally buying himself a senate seat by bribing legislators was something that everybody who goes to grade school in Montana grew up reading.

You could just tell that this is a great case study in which to examine these issues of money in politics. 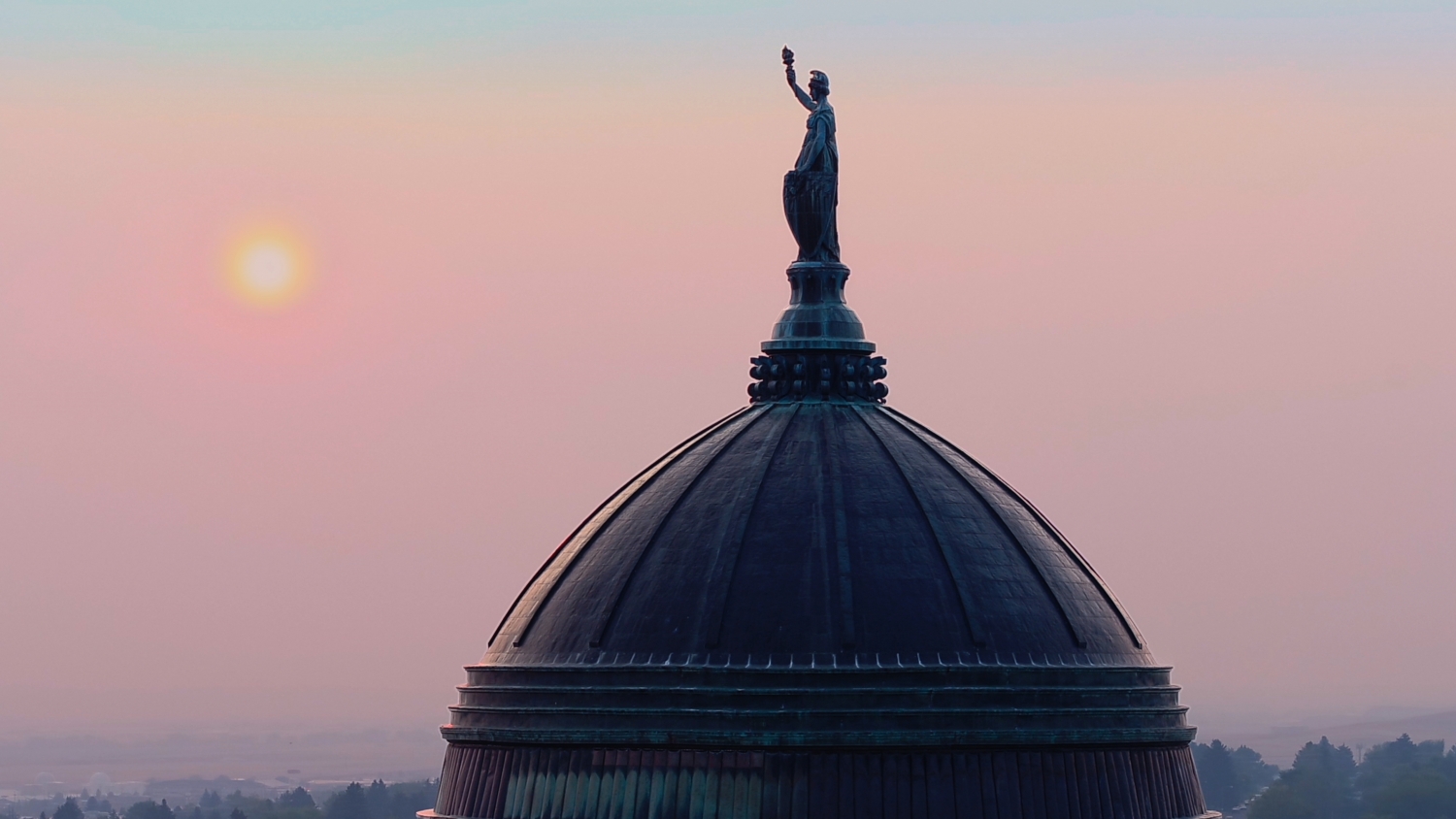 You have quite a large cast of characters—everybody from under-resourced regulators and investigative journalists to secretive politicians and unapologetic representatives of these dark money groups. How did you go about finding your principal characters?

Early on, I knew that I really wanted to tell a nonpartisan story. Documentaries in general, I think, tend to preach to the choir a little bit too much. By focusing our film on these Republicans who are attacked by other Republicans, I wanted to make a film that would speak to a wider swath of Americans about something that there seems to be really broad political agreement on. There are precious few issues that have bipartisan support, and I think this is one of them.

I'm also not interested in issues in which I know precisely how I feel at the beginning of the film. I'm more interested in asking questions. And as a documentary filmmaker who makes use of the First Amendment every minute of the day, I was interested in that debate about where are the lines of abridgement of speech.

The film is very cinematic in both its score and photography. Approaching such an abstract issue, what cameras did you use and how did you think about your visual treatment?

I was shooting interviews alone for about the first five years of the project [mostly on a Sony FS700].

And as someone who grew up there and really appreciates how beautiful Montana is, I wanted to depict that. My goal was for the beauty of the nature to function as a metaphor for the environment that surrounds us all and how vulnerable that is to corporate interests, once they get ahold of things. When corporations get too greedy, you end up with things like the Berkeley Pit [a former open-pit copper mine, now a superfund site, featured in the film]. That was shot with a Canon C300 Mark II. Then we did one last trip around Montana at the end to get the aerial footage with a DJI Phantom.

Dark Money will be released theatrically this summer and on PBS' POV this fall. What kind of impact are you hoping for?

After all of the distribution plans that I wrote, this was always the ideal rollout for me—to broadcast right in the heat of the elections, when people are actually talking about campaign finance issues.

It's been great to go to red states or swing states and show the film. Everywhere we go, everybody has got similar stories. I think about the film as kind of a playbook for other states—a microcosm of a story that could be applied to the political situations on the ground in these other states. In North Carolina, we had a lot of discussions about a kingmaker there named Art Pope, who is behind a lot of the 501(c)(4) dark-money contributions to campaigns. At the Nashville Film Festival, a couple of days before our screening, there was a ballot initiative to create a big network of public transportation. At the last minute, a bunch of dark money flooded in, and they finally traced a lot of it back to the guy in town who owns all of the car dealerships.

Regardless of where you find yourself on the political spectrum, I think a lot of people just really find it galling to have a campaign that's fundamentally unfair. Our impact producer is working really hard to create relationships with a wide range of bipartisan nonprofit organizations, who work on everything from amendments to the US Constitution to strengthening disclosure laws to promoting the public financing of campaigns.

The film also has secondary storyline that functions as an ode to investigative journalism. Does John Adams—the tenacious reporter at the heart of much of the film, who eventually begins living out of his car after losing his newspaper job—have an apartment now?

John Adams has an apartment. He and his girlfriend Sierra are doing really well. John just opened his first office and he got his first intern [for The Montana Free Press, the online syndicated Montana investigative reporting outlet he starts out of his truck in the film]. He’s part of the Institute for Nonprofit News, an umbrella organization for nonprofit news organizations.

You need a good watchdog press to follow the money. But the press is also under great financial pressure and the newspaper business is totally restructuring, so I hope that we can bring some attention to that. 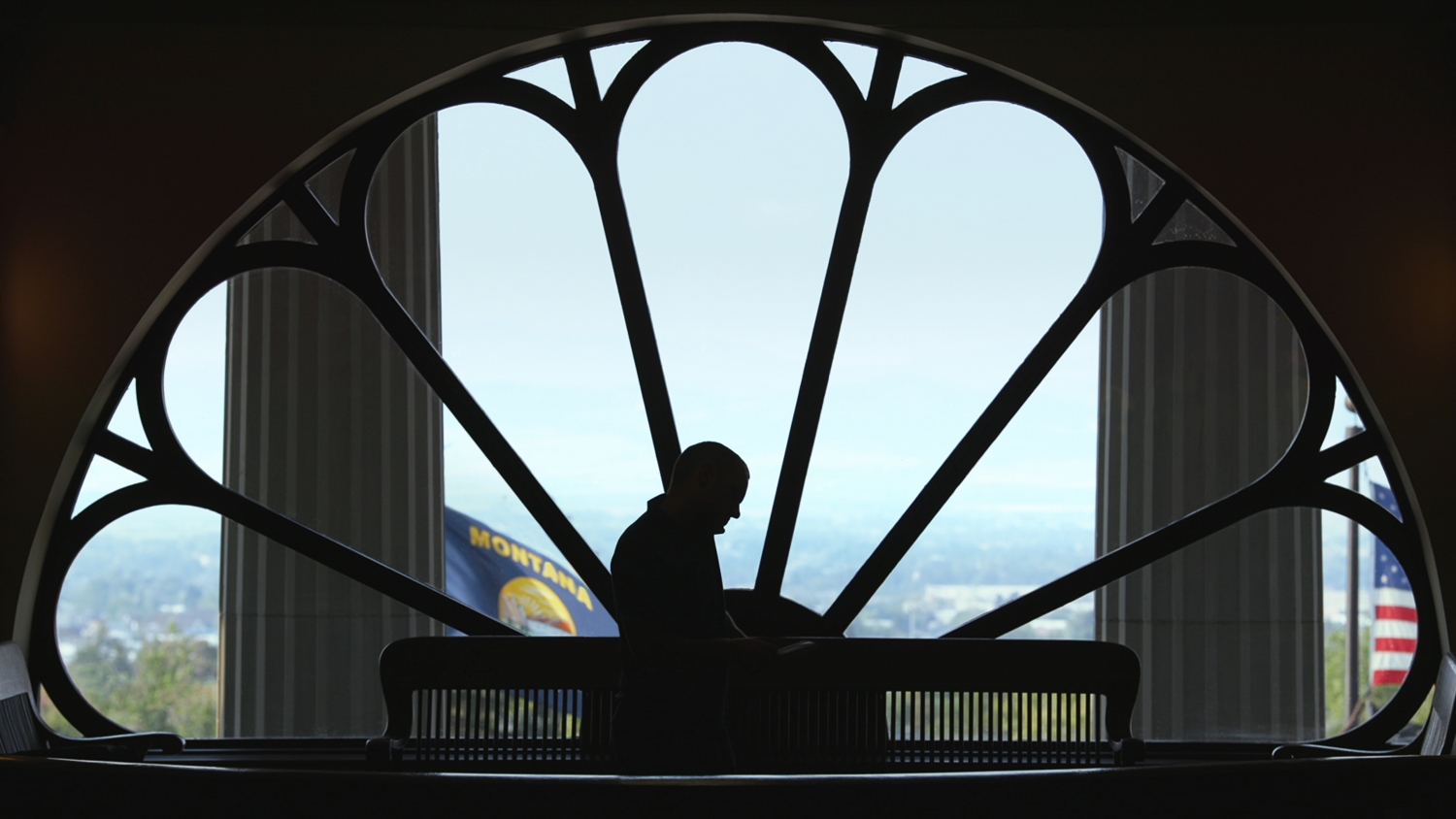 Documentaries are created in the editing room with your editor, and Jay Arthur Sterrenberg was a great editor and co-storyteller. I think it's important to credit editors as co-writers, so he's credited as the co-writer.

He deserves a lot of credit for creating that story with me. There are all these characters. There's a lot of time passing. We've got a bunch of archival in there. We were spinning a bunch of plates, and Jay was instrumental in spinning all of those plates.

Lucas Guilkey is a video journalist, documentary filmmaker, and a student at the UC Berkeley Graduate School of Journalism.

END_OF_DOCUMENT_TOKEN_TO_BE_REPLACED

Taking 'Citizen Koch' to the Public: Filmmakers Deal and Lessin Reflect on a Post-PBS Year

A Year in the Trump Era: 'The Fourth Estate' Tracks 'The New York Times'