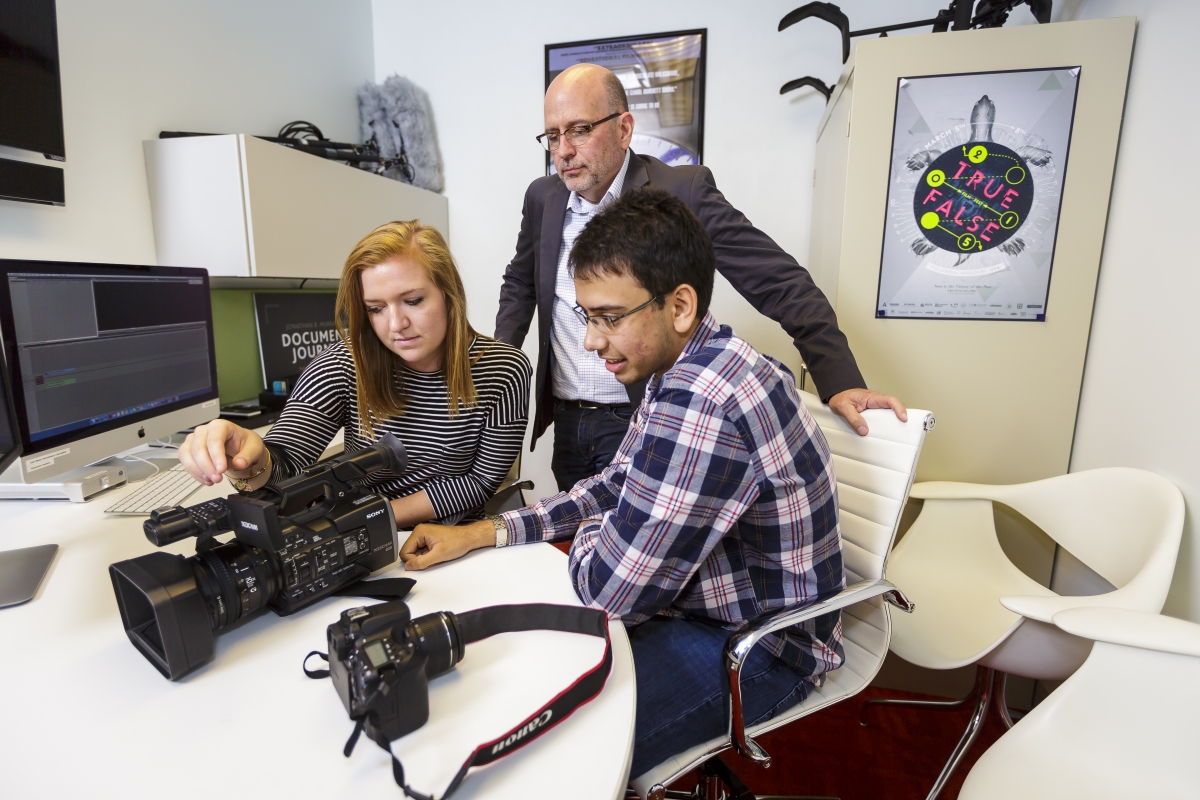 The line that traditionally separated documentary filmmakers from journalists increasingly is becoming blurred, if not erased. As the disciplines converge, the challenge for filmmakers is to learn to navigate the professional, legal and ethical terrain that is second nature for most working journalists.

The issues at stake were reinforced for Stacey Woelfel while attending last fall's Double Exposure Film Festival in Washington, DC. "There was a discussion among filmmakers—and these were not young filmmakers—asking the most basic questions that most students coming out of journalism school could answer," says Woelfel, director of the Jonathan B. Murray Center for Documentary Journalism at the University of Missouri. "They said things like, 'How do I get access to documents in a court case? I don't know where to go to find out.' I saw a real need for a journalism resource for filmmakers."

Carrie Lozano, director of the IDA Enterprise Documentary Fund, makes the same observation. "We do a lot of presentations, seminars and master classes," she notes. "A series of questions come up every single time, a lot of which are pretty basic. These include such things as the right to record, making a request under the Freedom of Information Act, working with minors and, in this day and age, working with undocumented persons. There is a need to make journalism resources available and easy to access."

That resource has arrived. The online document "Mapping the Documentary-Journalism Landscape," a collaboration between the university and the IDA, launched at the recent BOATS (Based On A True Story) conference at the university. A grant from the National Endowment for the Arts' Creativity Connects project funded the project.

"The simple premise is that many filmmakers lack training in journalism and journalistic practices that would be useful to them," Woelfel says. "This makes them available online in an easy-to-use guide."

This is the first time this information has been available from a single source.

"This resource provides filmmakers access to the resources and information that journalists use on a daily basis," Lozano adds. "Although the information is not new, this is the first time it is available in one convenient place."

Woelfel is not the only person to recognize the need for this type of information. A report by the Center for Media & Social Impact at American University entitled Dangerous Documentaries: Reducing Risk while Telling Truth to Power noted the importance of whether a storyteller identifies as a journalist or filmmaker: "It matters not just for the sake of rhetoric and categorization, but in a very real, concrete way, because those who identify as filmmakers rather than journalists have a smaller range of places to turn to or networks to rely on in the face of certain risks."

Ken Jacobson, the former director of educational programs and strategic partnerships at the IDA, approached Woelfel about the project two years ago.

"The IDA was looking for an educational partner, and we signed on to be part of developing a seminar they were presenting at film festivals and other events," Woelfel explains. "They then asked if we wanted to help develop an online or printed version, and we said, 'Sure. It's right up our alley,' and we began working on it with Ken. That was the genesis of the project."

The Murray Center for Documentary Journalism was well suited to tackle this project. Woelfel has a background in broadcast journalism, and filmmaker-in-chief Robert Greene is an award-winning filmmaker.

"Documentary film is a continuum from very journalistic, such as Frontline, to more creative, for lack of a better term," Woelfel said. "Robert and I represent the two ends of that spectrum, and our students are all along that continuum."

The Enterprise Documentary Fund was created to address just this type of iniative. The fund provides production and development funds to feature-length documentary films taking on in-depth explorations of original, contemporary stories and integrating journalistic practice into the filmmaking process.

"I started this position in January 2017, looking at the intersection of documentary film and journalism," says Lozano, who replaced Jacobson as the point person for the IDA. "We are looking at how documentary filmmakers are taking on high-risk stories without resources and training in traditional journalism in newsrooms."

Securing funding was the crucial first step. "The NEA's Creativity Connects bridges disciplines, which is essential," she notes. "We can't work in silos anymore."

Documentary journalism students conducted the research during the Fall 2017 semester, with Woelfel serving as editor. Students had ready access to the resources of the Missouri School of Journalism, which is the nation's oldest and largest journalism school. Many leading organizations are based at the school, including the Center for the Study of Conflict, Law and the Media; Investigative Reporters and Editors; and the National Freedom of Information Coalition.

The resource guide, at least for the time being, is available only online, not in a printed format. "We want to keep it as a living document and be able to add material, such as interesting new case studies," Woelfel explains. "We want the information to be practical, not a textbook on media law and ethics."

Woelfel and Lozano are working to spread the word about this free resource and its benefits to filmmakers. "The most important thing is to be able to look at the back end and see if filmmakers are talking about it and using it," Lozano maintains.

The Center for Media & Social Impact's Dangerous Documentaries report notes that "journalistic docs are made stronger when strong journalistic standards and skills are matched with the powerful storytelling that documentarians historically excel at."

Both the IDA and the Murray Center for Documentary Journalism expect "Mapping the Documentary-Journalism Landscape" to advance that objective. It is one more step in what Jonathan Murray of Bunim/Murray Productions in Los Angeles had in mind when he funded the center that bears his name. "Documentaries are becoming the medium by which we explore issues the nation is facing," he said upon first announcing the center in 2015. "The best documentaries take you into those worlds to give you a better understanding so you as a citizen can make good decisions."

Alan Goforth is a freelance journalist, author and aspiring screenwriter in Lee's Summit, Mo. He is a graduate of the University of Missouri School of Journalism.