The Post-COVID Festival Circuit: The Future Is Hybrid 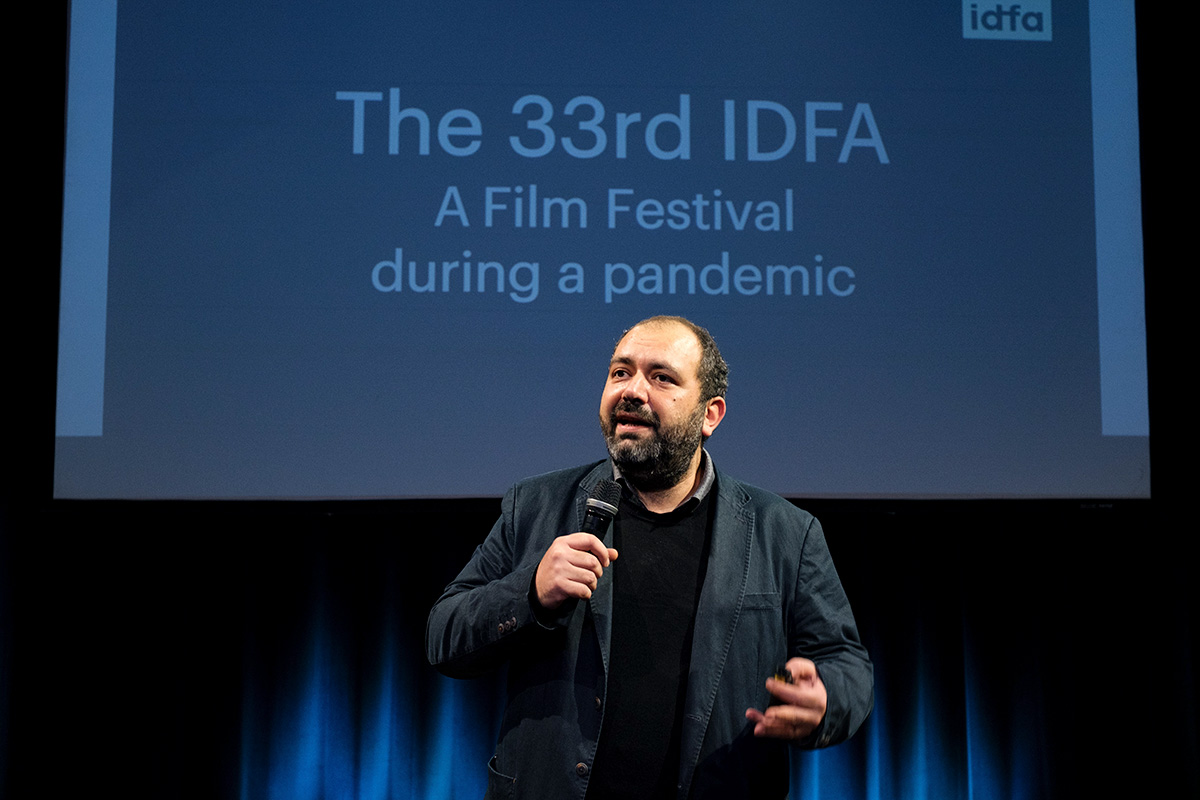 In a time of uncertainty, there is one thing that COVID-19 made clear: hybrid film festivals are the wave of the future.

On August 3, Sundance Festival Director Tabitha Jackson announced that Utah will no longer be the sole home to the Sundance Film Festival. Instead, the next incarnation of Sundance will take place from January 20–30, 2022—not only in Park City, Salt Lake City and the Sundance Mountain Resort, but also digitally via 10 satellite partners stationed across the United States. And while in-person screenings in Utah will happen next year, doors will only be open to those who have proof of the COVID-19 vaccination.

In addition to carrying over the nationwide hybrid digital approach, Sundance 2022, like Sundance 2021, will feature a lean lineup compared to pre-pandemic years. Last year, 73 features screened at Sundance—down from the typical 120. Next year, Jackson said approximately 80 full-length films will be included in the program. Online premieres will follow the in-person premieres, using Sundance’s custom-built online platform, which was home to the 2021 festival.

By hosting online and in-person events and screening in 20 cities across the United States, Sundance 2021 garnered its largest audience in history. According to the Sundance Institute, there were 251,331 views of feature and short films and series through the festival’s online platform or TV apps. “The number of people who came to the festival last year who were first-timers was really moving,” says Jackson, who debuted as festival director with Sundance 2021, after having served as director of the Sundance Institute’s Documentary Film Program for six years. “It was an unforgettable feeling.”

With an estimated average of two people per household, there were over 500,000 views of the Sundance 2021 film program. In addition, the official program of free talks and events had a total audience of approximately 66,000, based on 33,267 views with the same two-per-household multiplier.

“Ever since I had applied to be festival director, one of my goals was to increase access to the festival.”

“That satellite-feed experience was so meaningful and ultimately successful,” Jackson maintains. “Talking to some of the industry [people] who took part in that satellite stage program, it was useful for them—in terms of understanding what audiences in different areas of the country, who may not have been able to access [Sundance] in Park City—to see what they watched and the impact the films were having. That was useful to [industry people].”

It's not surprising that Jackson has decided to make the Sundance Film Festival a hybrid event going forward. “Ever since I had applied to be festival director, one of my goals was to increase access to the festival,” Jackson says. “I certainly didn’t know it was going to be driven by a pandemic, but now that we have the opportunity to expand the conversation and expand the participation, that is something that I’m very committed to. I’m less interested in simply returning to the before times because we know that that was not unproblematic.”

International Documentary Film Festival Amsterdam (IDFA) Artistic Director Orwa Nyrabia isn’t quite as enamored with the hybrid digital approach, although he and his team successfully pulled off this model in 2020. Nyrabia anticipates “further experimentation with a small number of hybrid screenings to be part of the IDFA 2021 offer. However, the edition will be mostly theatrical.”

During IDFA 2020, which ran from November 18-December 6, all the selected films were given a theatrical screening despite a very limited theater capacity set by The Netherlands government. Following a film’s theatrical premiere, many titles streamed on a secure online platform that IDFA developed alongside three other Dutch festivals—International Film Festival Rotterdam, the Netherlands Film Festival and Cinekid. IDFA, like Sundance, was available nationwide, and a selection of IDFA titles screened at 40 cinemas across The Netherlands.

“Searching for the pros in an emergency response situation seems like a version of the Stockholm syndrome to me,”

According to IDFA’s website, the 2020 edition attracted a total of 136,000 visits, with over 21,000 visits to cinemas in Amsterdam and the rest of the country via IDFA Extended. Online screenings received approximately 80,000 visits, and 3,223 accredited professionals from around the world attended festival and industry programming approximately 28,000 times.

While IDFA 2020 was a success, identifying its benefits is difficult for Nyrabia. “Searching for the pros in an emergency response situation seems like a version of the Stockholm syndrome to me,” he says. “We had a volcano erupt, destroy a city, and then we found out the pros included future soil fertility and an interesting new color palette for our landscape.”

Nyrabia adds that opening up IDFA to The Netherlands and creating an online streaming component was a way for IDFA to “survive” the pandemic—not something he necessarily wants to continue. “To say that the role of festivals is to be accessible to the largest possible audience is up for debate,” says Nyrabia. “In my view, a festival does not replace or compete with distribution channels, but, rather, empowers and supports them, and they, in turn, can reach the widest audience possible, if that was their aim. Streaming films via the internet is far from the role of film festivals. Bringing the two roles together needs a good reason. So, hybrid festivals contributed to keeping the film industry alive during the pandemic, but beyond a pandemic, I sincerely hope that festivals remain to be a cinematic collective experience that actively maximizes a film’s chance in the highly competitive commercial markets of theatrical distribution, streaming and broadcasting.”

That said, IDFA 2021 (November 17-28) will be hybrid. Nyrabia says that there will be an on-site opportunity to meet in person, but the aim is to be accessible remotely to those who “cannot, or prefer not to, travel to Amsterdam.”

Like last year, IDFA 2021 selections will be screened in theaters, says Nyrabia, who adds that he is open to exploring how online connectivity can complement the festival experience, but will make sure it “does not replace human encounters. Coming together is the actual purpose; it is not just old fashioned. Video conferencing is a great alternative when we cannot meet in person, but it is nowhere near being an alternative or a replacement.”

True/False film programmers Angela Catalano and Amir George are also hoping for more in-person activity when it comes time for the 19th edition of the Columbia, Missouri event.

True/False 2021 took place from May 5-9 in four outdoor amphitheaters at Stephens Lake Park—about a mile outside of the festival’s regular hub in downtown Columbia. The event sold approximately 9,500 tickets compared to its usual 50,000-plus, which wasn’t surprising given the pandemic and the truncated slate of just 16 feature films. (True/False’s typical slate includes 40 features.) While the festival was virtual, only 250 people were able to buy online tickets.

“Our priority is having in-person screenings,” Catalano says about next year’s True/False. “The role [of the festival] is a gathering of communities together for the filmgoing experience.”

But George adds, “I would speculate overall for film festivals that a hybrid model will probably continue until things have more control. It’s a climate that’s full of uncertainty. It's really a new landscape, but our goal is to eventually go back to a full 40 film lineup with [filmmakers in-person].”

Hot Docs programming head Shane Smith has survived two virtual film festivals; both Hot Docs 2020 and Hot Docs 2021 were online only. Like other festivals, the Toronto-based Hot Docs reached more people than ever before by expanding its reach. While the 2020 edition was restricted to Ontario, the 2021 festival, presented online from April 29 to May 9, was open across all of Canada. Hot Docs 2021 streamed 222 films from 66 countries and featured 129 recorded filmmaker Q&As.

“(2020) forced us all to make major digital transitions to online presentations,” says Smith. “It taught us a lot and opened up some opportunities that we want to be able to continue to offer audiences, filmmakers and industry moving forward.”

Like Jackson, Smith saw value in expanding Hot Docs’ reach. “There’s a feeling that, in this digital world we live in, everything is going to be available online eventually,” says Smith. “But that truly isn’t the case. There are so many films that play in festivals and fall under the radar and don’t end up being widely available. So, the opportunities to have those films reach an audience that wouldn’t normally get to see them is a really important one for us and to the documentary art form—to expand people’s conception of what documentary is, outside of the people living in the city and attending the festival.”

While Smith is hopeful that Hot Docs 2022, which will take place in late April, will be an in-person event complete with “serendipitous connections” between filmmakers and audiences, he says it will be “augmented with some kind of online presence moving forward.”

Addie Morfoot has been covering the entertainment industry for the last 18 years. Her work has appeared in Variety, The New York Times Magazine, Crain's New York Business, The Wall Street Journal, the Los Angeles Times, Documentary and Adweek.