Amid the Good Vibes, True/False Serves Up a Slate of Bleak Fare 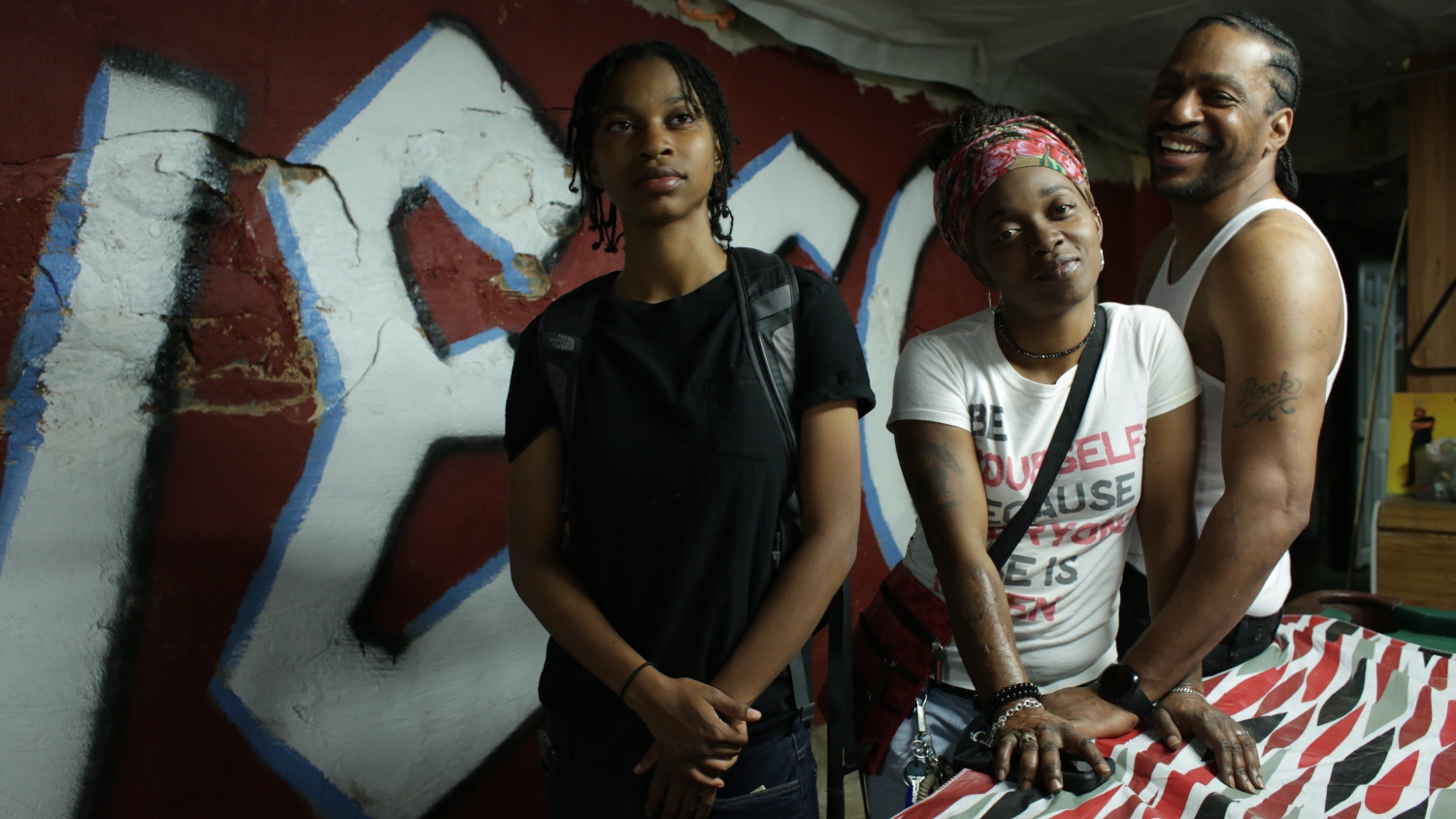 With nearly 15 years under its belt, Columbia, Missouri's True/False Film Fest is officially a destination event in the world of nonfiction film, and it offers a newcomer like myself a bounty of expected pleasures: across-the-board, high-quality programming; a charming, walkable downtown; an easily navigable ticketing system; and an engaged and hospitable local community that includes over 900 enthusiastic volunteers.

True/False's mission avoids the term "documentary," instead staking out the "permeable, in-between land" of "creative nonfiction." Every film screened at the fest presupposes the instability of documentary as a category, offering a staging ground for questioning the definition of truth. The cinematic docs at True/False are remembered less for their apparent subject matter than for how they respond to it. The curatorial mindset defined by True/False founders Paul Sturtz and David Wilson has clearly inspired other doc-centered festivals, and many of the formally ambitious films I saw at T/F 2017 premiered elsewhere.

In between the costumed marches, live game shows and musical performances, the festival screens button-pushing films in the cheeriest possible environment, putting its trust in the open-mindedness of its devoted college-town audience. As programmer (and Columbia native) Chris Boeckmann told me in an earlier conversation, Columbia residents are so used to being interviewed by students from the prestigious University of Missouri School of Journalism that they've developed a vested interest in media literacy and the construction of nonfiction narrative.

The festival is so easygoing that one could almost ignore the overwhelming bleakness of this year's films. If there was an overarching theme to the 2017 slate, it was the attempt to find new formal language to describe the violence and toxicity of white supremacy, in America and elsewhere.

On opening night, I caught Theo Anthony's audacious Rat Film, a scavenger hunt essay-doc that employs a variety of cinematic techniques to explore the mechanics of pest control alongside a history of racial segregation in Baltimore. Anthony rides shotgun with a principled city exterminator, and tags along with amateur rat-hunting enthusiasts, while also digging up archival imagery and maps that trace contemporary forms of urban oppression back to their roots in social engineering. He also navigates 3-D models of Baltimore, straps a GoPro to a rat, and even provides at least one significant jump-scare. A first feature for Anthony, Rat Film doesn’t entirely scale the heights of its own allegorical ambition, but it's a city symphony like no other.

Another portrait of segregation, Peter Nicks' The Force covers a series of scandals in the notoriously beleaguered Oakland Police Department, which is now in its 14th year of federal oversight. The film, which won a Best Director prize at Sundance, is a briskly paced, even-handed examination of a deeply troubled approach to policing, but Nicks' unobtrusive vérité approach is eventually shaken by unforeseen developments. In The Force's final third, the Oakland PD contends with an epic sexual misconduct scandal, and the film seems blindsided by the revelations, with no particular insight into how the department could fail so spectacularly. What begins as an immersive, judicious frontline report on urban law enforcement becomes a dramatically frustrating account of crisis management.

Quest, Jonathan Olshefski's emotionally sweeping, slow-burning epic about the resilience of one extraordinary family in North Philadelphia, was a dramatic standout. Christopher "Quest" Rainey, Christine'a "Ma Quest" Rainey and their children shared nearly a decade of their life with the camera, sacrificing their privacy to lend Quest its absorbing intimacy. The film was the 2017 beneficiary of the festival's True Life Fund, which solicits donations for the real-life subjects of a nonfiction film "to support and honor those who share their stories in front of the camera." The Fund is currently sponsored by a local Evangelical Presbyterian Church called The Crossing, in yet another demonstration of the festival's emphasis on ecumenical appeal.

Two of the festival's most provocative offerings were almost always discussed in tandem. Both Yance Ford's first-person doc Strong Island and Travis Wilkerson's live performance piece Did You Wonder Who Fired the Gun? investigate family history, murders left officially unsolved, and the question of impunity, and they do so from radically different, equally anguished perspectives. Both filmmakers used confrontational modes of personal address to make palpable their righteous anger about America's ongoing history of racist violence.

Ford's self-interrogation stems from the murder of his brother, a young black man who was killed in 1992 in Islip, Long Island, by a white man who did not face charges. In Strong Island, Ford alternates between measured reflection and calm anger, building an intensity that leads to no catharsis - and no closure. Wilkerson's project is perhaps even more immediate, because he places his own body in the room with an audience he intends to both inspire and instigate. A messy, powerful and thrillingly cinematic experience, Did You Wonder Who Fired the Gun? tackles a legacy of violence in which Wilkerson, an Alabama-born white man and the great-grandson of a racist who murdered a black man with impunity, is directly implicated. The filmmaker's final self-judgment could have served as a festival capstone: "Whiteness will incinerate the entire world."

Hitting somewhat closer to home for local audiences was Whose Streets?, an on-the-ground snapshot of activism and organized protest in Ferguson, Missouri, following the 2014 killing of Michael Brown. The stirring footage filmed and compiled by Sabaah Folayan and Damon Davis will make the film an essential primary source document of democratic resistance, though I wished Whose Streets? had spent even more time fleshing out the stories of individual activists.

The War Show, from Andreas Dalgaard and Obaidah Zytoon, was an even more brutal chronicle of nascent activism. Filmed in the aftermath of the 2011 Arab Spring, it follows a group of young bohemian Syrians from the Arab Spring through the darkest days of the Syrian Civil War. It's a film whose testimony is so wrenching, whose glimpse of everyday happiness shattered by senseless violence is so difficult to shake, that it's hard to fault The War Show's lack of a robust structure - and a certain haziness about point of view.

This year, True/False presented its True Vision mid-career achievement award to the French filmmaker Claire Simon, whose work has never received US distribution. Her newest feature, The Graduation, looks at France's most prestigious film school, la Fémis, where Simon gave up her teaching role in order to document its educational dynamics. I missed The Graduation due to understandably sluggish service at Columbia's busiest smoothie bar, but a 16mm screening of Simon's Mimi testified to her considerable strengths as a portraitist. Focusing the camera's gaze on her titular close friend, without any obvious agenda, Simon follows Mimi through her hometown of Nice and then up into the mountains as she plucks memories out of the landscape. It's a rambling, melancholic Sunday afternoon of a film, quite unlike anything else at True/False.

I ended my festival with what seemed like a quintessentially True/False experience - watching Austrian provocateur Ulrich Seidl's punishing, methodical and darkly humorous Safari within the cozy confines of a local Presbyterian church. Seidl has a well-established (if somewhat unearned) reputation for gratuitous cruelty, and his latest documentary offers a protracted encounter with a handful of European safari hunters at a hunting lodge in Namibia, culminating with an endurance-test sequence that documents the graphic disassembly of a giraffe in real time.

As if finally acknowledging the judgmental presence of the camera, one of Seidl's grotesque hunter-tourists concludes the film by taking self-reflection to a sobering point of no return: "If we all disappeared, the world would probably be better for it."