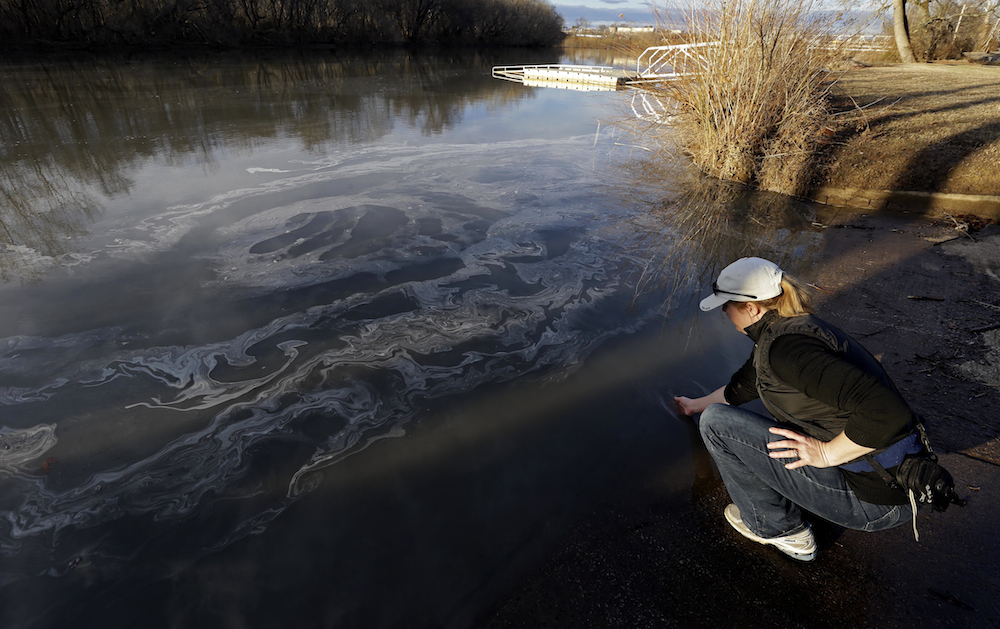 Contemporary social-issue documentary films are available to the public through multiple forms of distribution, well beyond TV and theaters. On the local level, community screenings often present the most strategic route and opportunity to engage with the public and policymakers. For filmmakers and film strategy teams who aim to raise awareness of an issue, or even to help change it through public policy—that is, creating, changing and enforcing laws—the greatest potential for momentum is often found within town and city halls, state legislatures and local councils. State and local policy affects a wide swath of public needs and demands, from environmental to health to economic.

Our new investigation and report, Movies & Grassroots Community Engagement: Documentary Films & State and Local Public Policy in the United States provides inside perspectives from policymakers, filmmakers and advocacy leaders who have successfully contributed to shifting or creating policy agendas on the state and local levels, with the help of documentary films. Building on the findings of our first spotlight on federal policymaking, When Movies Go to Washington, this report offers documentary film teams and advocates tips for engagement in the state and local arenas. Because federal policy change may not be the most strategic option at a given time, a fuller understanding of state and local policymaking processes can widen opportunities for engagement on issues that matter.

Our report provides a comprehensive set of insights for state and local policy engagement by social-issue film- and media-makers, centered around portraits of four film projects, examined years after their premieres in order to develop a deeper understanding of lasting impact: Playground, Bag It, Sin by Silence and Coal Ash Stories.

This report reaffirms strategic recommendations and conclusions from the first report in this two-part series, while finding additional strategic aspects specific to state and local engagement.

1) Look for Momentum across the Country and at All Levels of Government.

Efforts to influence public policy can stall at one level of government because of the political climate or competition from other pressing issues. Looking for state and local engagement options, rather than just federal ones, opens a much wider range of potential opportunities to find momentum on an issue. When a film can successfully align with the social and political momentum that has been built up by others over time—whether at the local, state or national levels—it can be a catalyst that pushes the issue forward in a dramatic way. Over the long run, wins at the local level can lead to wins at the state level, and wins at the state level can lead to wins at the national level.

For a film to have state and local policy impact, it's helpful to partner early with the right advocacy groups and associations that focus on the social issue at the heart of a documentary film. It is particularly important for these groups to have experience and good relationships in the specific state(s) and/or localities in which the film team wants to engage. These local leaders and insiders are trusted guides and issue experts who maintain strong relationships with governors, state agency officials, state legislators, mayors, local council members and of course, their staffers. They can help film teams understand the precise policy position of a social issue and realistic policy directions in different parts of the country—and they can move an issue forward and engage their own grassroots networks in the states or localities.

3) Understand the Issue's Position in the Policy Process of Each State or Locality.

When developing a public policy impact strategy for a documentary film, it is crucial to understand the current status in the policymaking process of the issue it explores. Has legislation been proposed already? Is this a new issue without legislation? Is existing legislation not being enforced? Answering these questions—with the help of advocacy group policy experts—is key. Understanding the partisan implications of which major party—Republicans or Democrats— controls a state legislature or the governor's office is essential to a realistic understanding of what is possible in a state.

There are five soft criteria for strategic film teams when considering particular state and local officials to help support the efforts of the film, in addition to the recommendations from advocacy partners: (1) committee assignment and/or jurisdiction over the issue; (2) local angles of the film and connection to a state legislator's district or a specific locality; (3) established long-time commitment to a social issue; (4) level of seniority; and (5) track record of policy successes.

State and local policymakers often have fewer staff than their federal counterparts. As a result, staff often have even more authority and responsibilities. If a state or local official assigns a project to a staff member, it will have a better chance of moving a policy agenda forward. Relationships matter, and remember that a staffer is both a policy expert and a gatekeeper at the same time.

There are thousands of state and local policymakers spread out across the country, so engaging them can be much more time- and resource-intensive than simply visiting Washington, DC. However, state and local policymakers are usually members of regional and national associations, so they attend a variety of conventions, forums and other gatherings. All of these opportunities can present more efficient ways for film teams to engage a wide range of policymakers.

Policymakers and their staff are armed with facts and statistics. What they often don't have is precisely what a documentary film team can offer: a compelling, intimate, human story that brings an issue to life and captures emotions. In this way, filmmaker and policymaker agendas can align; the filmmaker provides the crucial intimate human stories. Film teams should be prepared to talk in ways that align the values of the story with the values and objectives of the policymakers. An intimate story alone is not enough to convince a policymaker to pay attention to a documentary film about a social issue. Knowing the facts of the issue is important for establishing credibility with policymakers, who are much less likely to support someone’s personal advocacy agenda than a sound set of facts that back the human stories in the film.

State and local policymakers often do not have the time or resources of their federal counterparts to research and develop public policies. As a result, they often rely on advocacy groups and outside experts. In fact, it is not unusual for these groups to actually draft legislation and policy provisions for state and local policymakers to consider, adapt and often enact. So, filmmakers should work with their advocate partners to prepare detailed policy solutions to share with receptive policymakers. Filmmakers may also want to help their advocacy partners present to policymakers, given their command of the stories in their films. Depending on a state or locality’s political environment, nonpartisan policy solutions may be most effective—much more effective than a strictly partisan stance.

Because policymakers and their busy staffers receive so many requests for their time, it can be challenging for them to watch an entire film. A full suite of optimal versions for policy engagement is ideal. This storytelling toolbox includes (1) a two-minute trailer to capture initial attention; (2) five-to-ten-minute trailers or scene clips for small meetings; (3) a 20-minute cut for a larger meeting and Q&A; and (4) a full-length film for public screenings.

Earned media coverage—that is, articles in newspapers, magazines, stories in TV national and local news outlets, even film awards—amplify a message well outside the policy arena of state capitols. Media coverage is a tactical tool that can raise awareness of a supportive public that can mobilize to tell state and local officials how they feel about an issue. And, at particular points in the policy process, public support can make all the difference. Media coverage for a social-issue documentary is not only an entertainment publicity function, but a grassroots coalition tool.

Caty Borum Chattoo, director of the Center for Media & Social Impact, an innovation lab and research center based at American University's School of Communication in Washington, DC, is a documentary producer, scholar, professor and communication strategist focused on social change. Her documentary credits include Wal-Mart: The High Cost of Low Price, Stand Up Planet (starring Hasan Minhaj), The After Party and more. Her film MIXED is currently in production, with co-director Leena Jayaswal.

Will Jenkins has more than 15 years of communications and policy experience at the White House, the Department of Health and Human Services, Congress and international nonprofit organizations. Over the years, he has also worked with filmmakers and media producers across the country on stories that engage public policy issues.