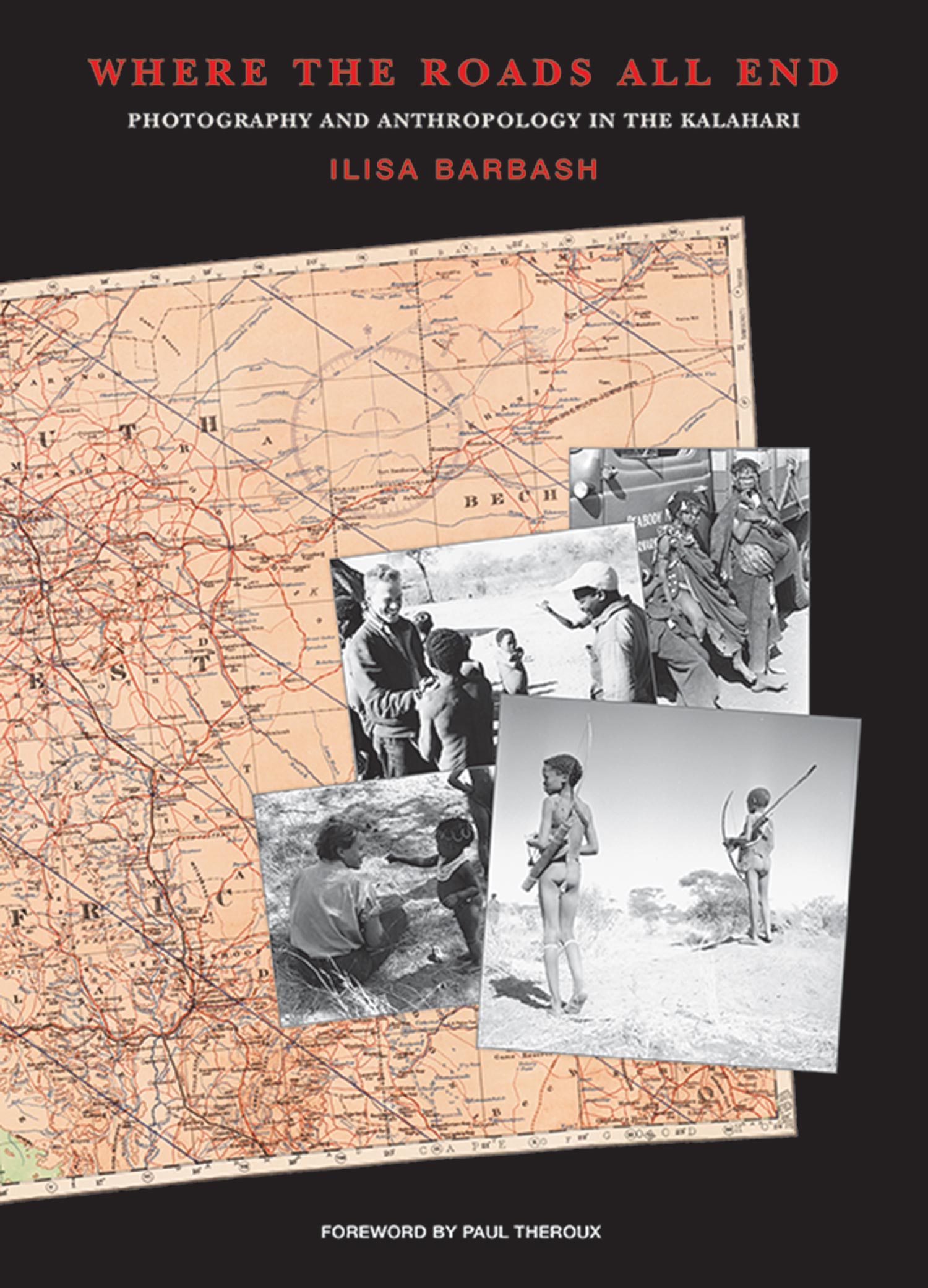 Science fiction scholars believe that Murray Leinster’s 1945 short story, “First Contact,” was the original use of “First Contact” to represent the initial meeting of two very different cultural groups. In the Leinster story the meeting of space travelers is a collaboration of equals. Both groups are explorers from advanced civilizations and share equal amounts of excitement and fear at discovering that they are not alone in the universe and that these Others may have much to offer them. In the end, they switch space vehicles so that each group can begin to explore the Others’ “new” technologies, and so that both can travel home without fear of opening the way for the Others to follow and wreak havoc.

Of course, cineastes, particularly those interested in ethnographic film, will remember the Bob Connolly and Robin Anderson 1982 film of the same name, during which we see original footage made by the Leahy Brothers in 1930, as they arrived by plane into central New Guinea to prospect for gold, and their reception by native highland tribespeople who until that moment had apparently assumed that their world was the world, and that they were now being joined by gods descending from the sky. The native survivors of that moment recall, 50 years later, both their original astonishment and their realization—when they observed that the visitors’ frequent disappearances into the woods were instigated by a need to defecate in private—that the visitors were not gods at all, just men protected by the power of guns.

Ilisa Barbash’s Where the Roads All End is a documentation and interpretation of the photographs that were taken during the several meetings of the Marshall family and families of !Kung tribespeople living in the Kalahari Desert in what is now Namibia, beginning in 1951 and continuing for ten years. The book is the product of decades of research and provides a context for the best-known result of these meetings: the canonical ethnographic films that John Marshall shot in and around Nyae Nyae and subsequently edited at what became Harvard’s Film Study Center: most famously, The Hunters (1957), Bitter Melons (1971) and N!ai, the Story of a !Kung Woman (1980)—and Marshall’s still-under-appreciated capstone epic, A Kalahari Family (2001), the title of which refers not only to the !Kung, but to the Marshall family themselves, whose meetings with the Ju/’hoansi (“people,” as this group of !Kung called themselves) must have been their most dramatic family experiences.

In the wake of World War II, Laurence Marshall, co-founder and past-president of the defense contractor Raytheon Industries, was hungry to immerse himself more fully within family life. At his urging, Lorna Marshall, then teaching English at Mount Holyoke College, and their two children, Elizabeth, a first-year student at Smith College, and 18-year-old John, who was teaching himself filmmaking, made plans for an adventure that might be educational and exciting for them, and useful for others. They decided to journey into the desert and make contact with the people who might be living there. Laurence organized the expedition; Lorna immersed herself in a study of anthropology (her The !Kung of Nyae Nyae would be published by Harvard University Press in 1976); Elizabeth agreed to write about their adventures (her The Harmless People would be published in 1959); and John prepared to make films. The Marshall family arrived in Windhoek, South West Africa (now Namibia), in June 1951 to begin the expedition.

The !Kung would become John Marshall’s passion, though the first !Kung film produced on the expedition, the ever-more-remarkable First Film (1951), was directed and edited by Lorna Marshall. The many films John subsequently produced, directed and edited became a formative contribution to modern ethnographic cinema and one of the founding contributions to the Smithsonian Museum’s Human Studies Archive. If the Marshall films are the most widely known product of the Marshall family expeditions, the immense collection of photographs the family accumulated during ten years of visits to Africa—40,000 of them!—received relatively little attention until veteran filmmaker and anthropologist Barbash (she is Curator of Visual Anthropology at Harvard’s Peabody Museum and she co-directed and co-produced the IDA Documentary Award-nominated Sweetgrass) began to explore the collection in the early 2000s.

Where the Roads All End is a big book, carefully and complexly designed so that hundreds of black-and-white and color photographs are seen within a chronologically organized series of essays that escort the reader through the family’s evolving understanding of the changes that were occurring in Nyae Nyae. Barbash contextualizes the family’s expeditions within the larger history of depictions of native peoples and by a detailed exploration of how the Marshall photographs have been used during the 70 years since they were taken. Inserts focus on elements of cultural and technological history that impacted the ongoing interchange between the Ju/’hoansi and the Marshalls: the legend of “the Lost City of the Kalahari,” the invention of the Polaroid Land Camera, cinema-vérité filmmaking, et al.

The Marshall photographs (taken by members of the family and by other photographers who joined the expeditions) often reframe the Marshall films. For example, the Marshall family’s closest relationship at Nyae Nyae was with the family of !U and ≠Toma. Barbash quotes the description in Lorna Marshall’s diary of the birth of !Ungka Norna:

"John was in the werft, filming something else….!U got up and left the werft. [John] took no particular notice…. In about 20 minutes she came back smiling and sat down in the shade. She had made no sound. He took no notice for a minute or so, and then saw the baby in her kaross. He was breathless with surprise and ran over to get me. He said “!U wants you to take a picture of the baby; I should not do it as I am a male.”

Lorna explains, “!U’s desire for meat and meat broth after the birth inspired the original hunt that became the impetus for the main hunt portrayed in John’s film The Hunters.”

In a more general sense, Barbash is at pains to explore the fundamental paradox of the Marshalls’ adventures at Nyae Nyae, a paradox demonstrated by differences in John’s representation of the Ju/’hoansi in his films and what is revealed by the photographic record. John’s early naiveté about what he was filming is obvious to us now, and was soon obvious to him: As he notes in Jay Ruby’s 1993 compendium The Cinema of John Marshall, “The Hunters was a romantic film by an American kid and revealed more about me than about Ju/’hoansi….I was 18, 19—the best years of my life, the happiest I’ve ever been. It was pretty wonderful…with people like Tshumkwe, damned decent, good-to-be-with people.” The pleasures of being with the Ju/’hoansi created a now-obvious cultural blindness and contributed to an image of Edenic primitivism that powerful forces had been exploiting and would continue to exploit.

As Barbash explored the photographic record, she found that the thousands of still images demonstrated the many ways in which the lives of the Ju/’hoansi were being transformed by political and economic forces—though well into the 1970s, “the Marshalls published photographs that presented the Ju/’hoansi as a traditional people who had managed to avoid being influenced by the outside world.” John Marshall would critique his own youthful naiveté in A Kalahari Family and all the Marshalls would come to recognize their participation in what has been called imperialist nostalgia.

The recent postcolonial turn in media studies scholarship has had a tendency to create the impression that virtually every “adventure” by groups of outsiders, including proto-anthropologists and anthropologists, to “visit” cultural groups living for the most part away from what is usually considered modern civilization has been—like the Leahy Brothers’ expedition to the New Guinea highlands—exploitive and destructive to the Others “discovered” on these expeditions. And of course, one would not want to underestimate the destructive nature of the changes that followed in the wake of these expeditions, including the Marshalls’.

It is no secret that after the original Marshall expedition left Nyae Nyae, the tracks made by the expedition’s vehicles were followed by local farmers who captured Ju/’hoansi and forced them to work on their farms and in their homes. While this was hardly the first or last time Ju/’hoansi were enslaved by local Afrikaners and Bantu, for the Marshalls it was a shock and an embarrassment. John Marshall’s subsequent attempts to protect the !Kung from the political manipulation that increasingly surrounded them resulted in his being banned from the region by the South African government for 20 years.

Nevertheless, to a considerable degree the visits documented in Where the Roads All End have much in common with the deep space meeting in Leinster’s “First Contact.” The filmic and photographic evidence of the meetings of the Marshalls and families in Nyae Nyae and surrounding villages demonstrate that these meetings were moments of mutual respect, and to some extent, mutual exploration. In A Kalahari Family ≠Toma recalls for John Marshall his family’s first meeting with the Marshalls: “Your guides met us and told us whites were staying at /Aotcha [Gautscha]. They said you were not dangerous and you wanted to visit with us. I said, ‘We must overcome fear.’ So we kept going….Then we thought, ‘These whites are watching what we do. Let’s ask what they are doing.’”

Where the Roads All End accomplishes three things. It provides a readable and visually engaging introduction to an immense photographic documentation of a people in the throes of transition. It creates a context and a respectful corrective for one of the pioneering and canonical collections of ethnographic film, allowing us to understand the development of a gifted but naive filmmaker into a mature artist with a lifelong commitment to his filmmaking subjects. And finally, it demonstrates how photography and cinema can work together. John Marshall’s saga of the Ju/’hoansi will continue to be taught in colleges and universities, but now, as a result of Barbash’s efforts, we can more fully understand what the films discovered and revealed and what they ignored and suppressed. Where the Roads All End is a service not merely to the Marshall films or to ethnographic filmmaking, but to the study of documentary cinema and photography in general.

Scott MacDonald has authored many books on independent cinema, most recently The Sublimity of Document: Cinema As Diorama (Oxford, 2019), a collection of interviews with accomplished filmmakers working in the territory between documentary and avant-garde cinema. He teaches film history at Hamilton College.

END_OF_DOCUMENT_TOKEN_TO_BE_REPLACED

The Documentary Dukes and Duchesses of Cambridge