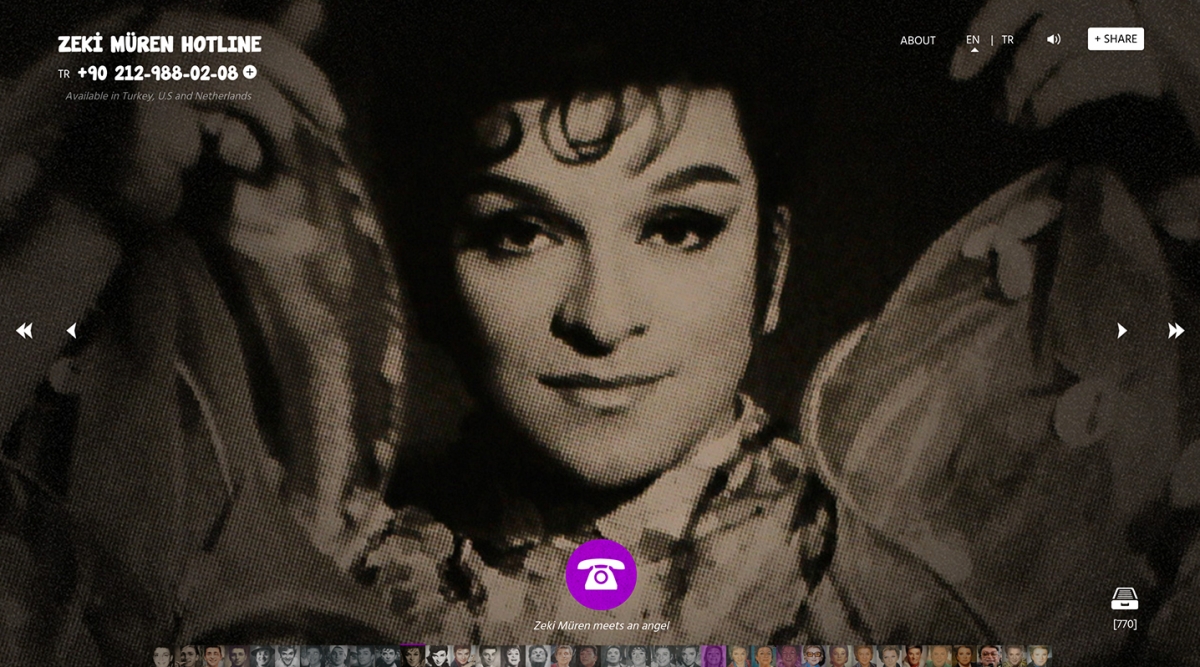 One of the highlights of this year's FilmGate Interactive Media Festival (February 3-5 at the University of Miami School of Communication) was a panel titled "MIT Open Doc Lab Presents: Interactive and Non Linear Storytelling." It featured Beyza Boyacioglu, project manager at MIT Open Doc Lab (whose latest project, Zeki Müren Hotline, a "participatory telephone hotline and interactive web experience," premiered at IDFA DocLab and was nominated for a Digital Storytelling Award), and Doc Lab fellow Jeff Soyk (who was the UI/UX designer and architect on Elaine Sheldon's 2013 Peabody-winning Hollow, as well as the creative director and UI/UX designer on PBS Frontline's 2016 Emmy-winning Inheritance). Though the two work together at MIT—and collaborated on Boyacioglu's Zeki Müren Hotline—their backgrounds couldn't have been more different.

Before Soyk discussed and presented pieces from Hollow, which explores the rural communities of McDowell County, West Virginia, and mentioned his latest project on Bisbee, Arizona, of all places (one of my favorite oddball cities in the US), Boyacioglu spoke about the winding international road she took to Open Doc Lab. A Turkish documentarian with a background in computer programming, Boyacioglu even served as a visiting artist at Brooklyn's UnionDocs before arriving at MIT. She rightly noted that early cinema (i.e., the work of the Lumières) favored doc-making—and it's quite the same with today's new technologies.

Boyacioglu then went on to detail the breathlessly far scope of Open Doc Lab. Besides the free weekly lectures for the public (which can be followed remotely through blog posts on their site), there are the more formal meet-ups. The "Virtually There" conference from last year is available on YouTube, while "Update or Die" is next up in Montreal. She spoke about artist-in-residence Katerina Cizek (who I've been raving about since the 2010 edition of IDFA, where I first caught Cizek's Out My Window—which Boyacioglu called a "classic" of the interactive doc genre. I suddenly felt really old.). She delved into their publication Immerse, and into Docubase (tagline: "People/projects/tech transforming docs in the digital age"), a curated site that Open Doc Lab produces. And she hadn't even gotten to the numerous projects themselves.

Among these are Radio Right Left, a much-needed "collaborative project designed to allow Americans to freely and anonymously share their thoughts and feelings about our collective future," and Fort McMoney, which functions as a documentary game. By the time Boyacioglu got to a project that allows the viewer to walk into a forest—and become part of the forest, in the same way animals mimic and meld with their environment—my head was spinning with VR overload.

Then again, perhaps I just needed to relax with another MIT project, in which Harvard's (audio) poetry archive is being transformed into an augmented reality piece using geo-location. It allows participants, via a smartphone app, to hear different poems in various parts of the Harvard campus. Poetry in motion meets the digital age.