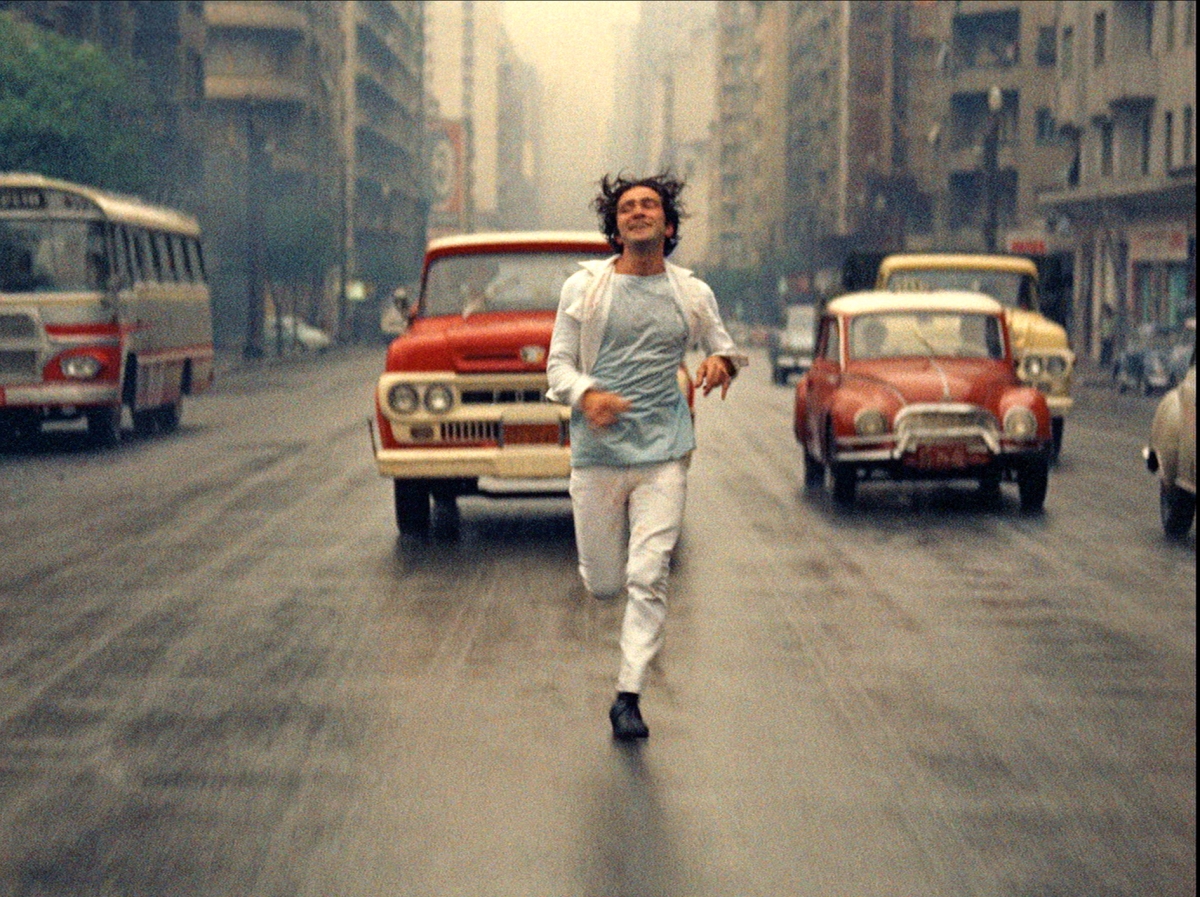 Since its establishment in 1999, the Thessaloniki Documentary Festival has given voice to those who are struggling to be heard. It has promoted social awareness and defended human rights. In March 2016, French film producer Elise Jalladeau took over as the general manager of the festival, succeeding Dimitris Eipides, who stepped down after a distinguished 24-year tenure. In Jalladeau's inaugural year, the festival showcased 213 films and launched a new International Competition section.

The 12 films in the new strand are bold examples of filmmaking, including the international premiere of Brazilian director Fernanda Pessoa's Stories Our Cinema Did (Not) Tell. It looks into the dark days of 1970s Brazil and its military dictatorship through the cinema of the pornochanchada genre. For Pessoa, locating these films was a long and difficult task, and some are lost forever. But what she managed to exhume reflects a breakthrough into collective but forgotten memory, shedding light on female exploitation and human inequalities during that period.

A perfect accompaniment to Stories Our Cinema Did (Not) Tell, Eryk Rocha's Cinema Novo is a poetic essay on one of the most important cinematographic movements in Latin America. Starting with Mario Peixoto, Humberto Mauro and Alberto Cavalcanti, Rocha looks into how Cinema Novo made its name, despite its unpopularity in Brazil, culminating with its recognition in Cannes in the ’60s.

Also in competition, Frankie Fenton's It's Not Yet Dark tells the breathtaking story of Simon Fitzmaurice, a young Irish filmmaker who, despite a diagnosis of a severe neurological disorder called Motor Neuron Disease, went on to direct an award-winning feature film, which he made in large part through a computer program that allowed him to communicate with his eyes. Cinematographer Kate McCullough captures both the intimacy of Fitzmaurice's struggle and perseverance and the mystical Irish landscape that no doubt inspired him.

Another filmmaker who turned debilitation into a challenge, Dominikos Ignatiadis is a former drug user, whose Village Potemkin follows his Athens-based friends who are struggling to overcome their own addictions and lead productive lives. The winner of the Greek Film Critics Association Award, Village Potemkin tells a brave tale of addressing personal trauma head-on.

Raoul Peck's sensational I Am Not Your Negro, told entirely through the writings and public appearances of James Baldwin, brings powerful clarity to the experience of black people in America today. Peck spent a decade on the film - mainly in securing the rights from the Baldwin estate for his published and unpublished writings and assembling an astonishing mix of archival photographs and footage and clips from such films as The Defiant Ones, Guess Who's Coming to Dinner and In the Heat of the Night. The result is a trenchant letter to the American people and the rest of the world, urging them to face their history and themselves. I Am Not Your Negro earned the Amnesty International Award at the festival. 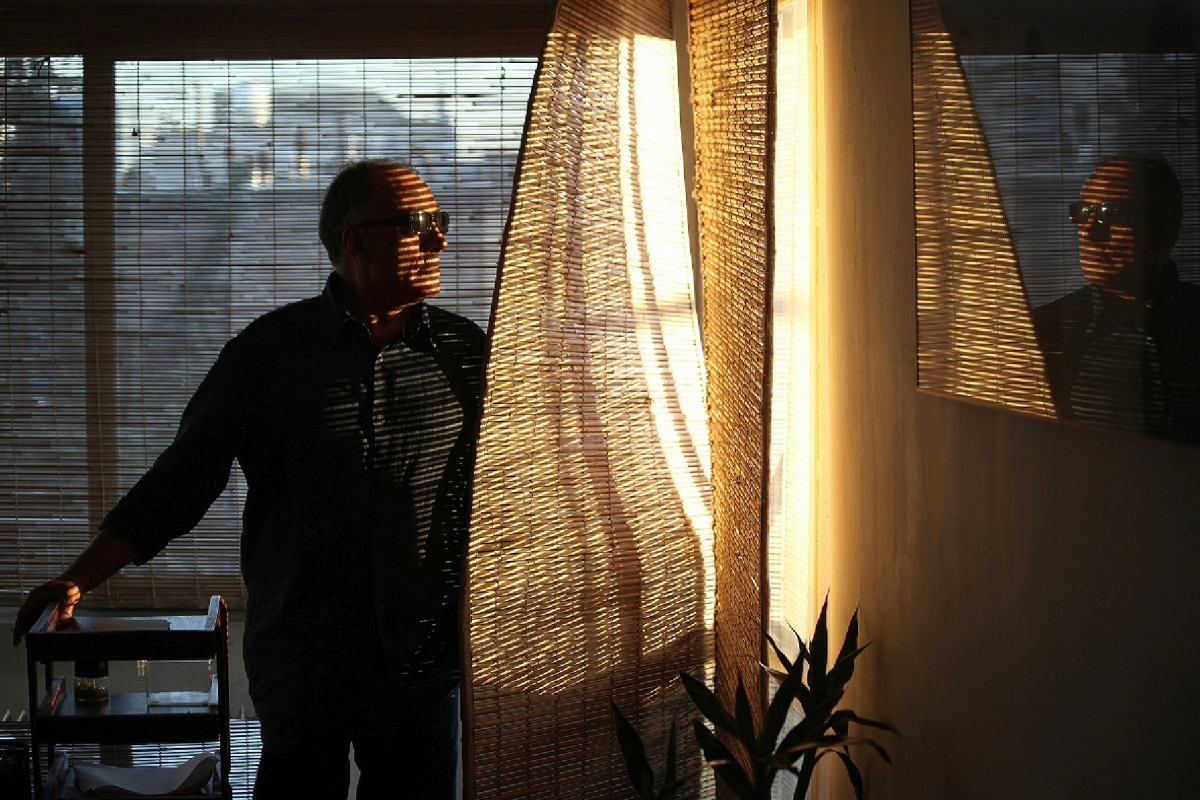 In the festival's Cinema strand, 76 Minutes and 15 Seconds with Abbas Kiarostami, Seifollah Samadian's portrait of the late Iranian auteur, is a unique achievement. Created out of hours of footage filmed during their 25 years of friendship, Samadian's documentary commemorates Kiarostami's 76-year-and-15-day-long creative journey. The footage of Kiarostami bonding with actors Tahereh Ladanlan and Juliet Binoche and directors Massed Kimiaei and Jafar Panahi is an added joy in Seifolla's film. It screened together with Kiarostami's final film, Take Me Home.

The festival is well known for its tributes, and this year's spotlight was on the rich, award-winning oeuvre of Ukrainian-born director-producer Vitaly Mansky. The festival's selection of Mansky's films included Black Sea (2002), Pipeline (2013) and Under the Sun (2015); spotlighting Mansky's producing achievements, the festival also showed selected work by directors Renata Litvinova, Dmitry Zhelkovsky and Sergei Loznitsa.

Alongside the spotlight on Mansky, the festival put together an impromptu tribute to revered British art critic John Berger, just a few months after his death. The tribute included screenings of Cordelia Dvorak's John Berger or the Art of Looking and The Seasons in Quincy: Four Portraits of John Berger, a unique assemblage of essays by Bartek Dziadosz, Colin MacCabe, Christopher Roth and Tilda Swinton. Both documentaries profile a fascinating art writer, storyteller and traveler.

I didn't arrive in time to see the opening film, Paul Dugdale's The Rolling Stones Olé Olé Olé!: A Trip Across Latin America. But I was fortunate to catch up with it in the festival's Agora, the industry-focused section of the festival, packed with activities and a library where you can watch films from the program or non-festival productions available for distribution. Dugdale and cinematographer Jonas Mortensen capture an iconic journey following the Rolling Stones' 2016 tour across Latin America, where rock 'n' roll was largely banned in the '60s. The tour went through 10 countries, culminating in Havana. Dugdale's film captures the moment when Cubans were finally able to experience the Rolling Stones phenomenon.

My final recommendation goes to the new film by the great American avant-garde director Bill Morrison. His Dawson City: Frozen Time is a rare collage of archive films dating from the 1910s to the 1920s, considered lost for 50 years until their discovery in 1978 in a sub-Arctic swimming pool in the Yukon Territory of Canada.

The films were painstakingly restored by the Canadian Archives and the US Library of Congress, and the result is a fascinating record of the Klondike Gold Rush's migrant population. Morrison used this material not just to tell the story of Dawson City but to reconstruct the history of cinema from the birth of celluloid in 1889 to the fate of silent films dumped into the swimming pool in the 1920s.

Made in association with La Lucarne/ARTE and the Museum of Modern Art in New York, Dawson City: Frozen Time uses the found footage to recontextualize early 20th century history. Through Morrison's singular sensibilities, we behold a pastiche of celluloid fires; the Klondike Gold Rush; film distribution; the youngest and first female fiction filmmaker, Alice Guy-Blaché (1873-1968); and how Robert J. Flaherty set fire to a copy of his 1922 film Nanook of the North while having a lit cigarette in his mouth.

Dawson City: Frozen Time is not just about discovery and restoration; it's about awakening history.

Georgia Korossi is freelance writer and curator based in London and Athens. She’s currently completing her film Devotion, an ethnographic account on Temenos 2016 and filmmaker Gregory J. Markopoulos.