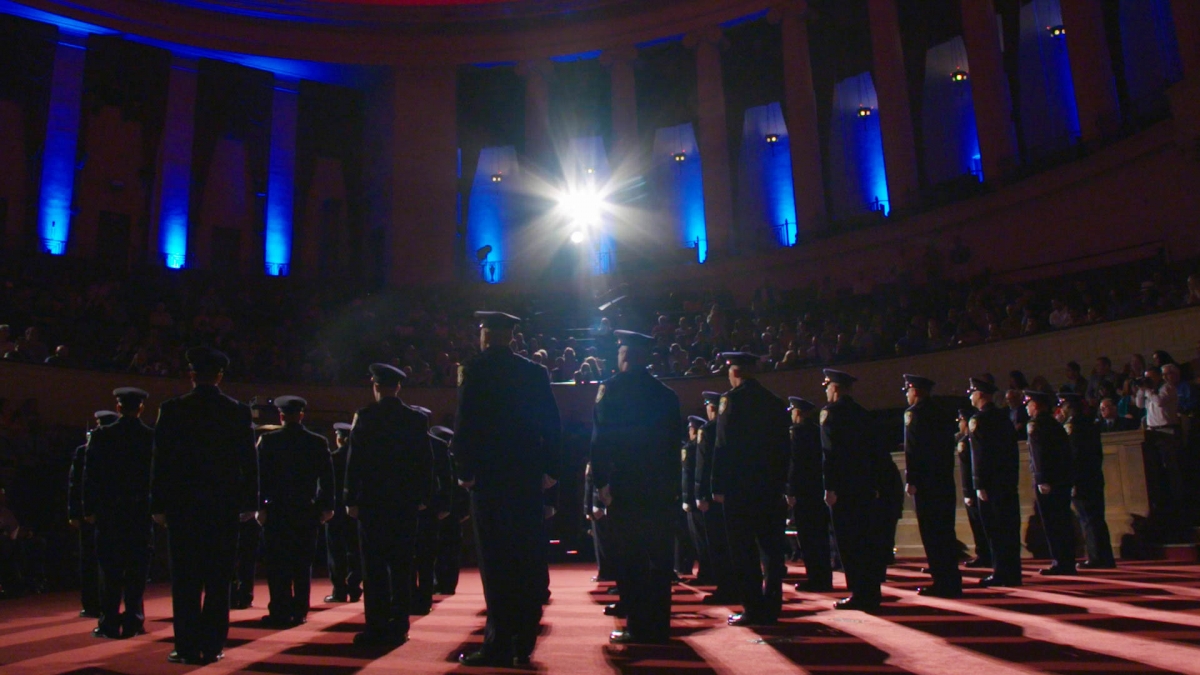 The 2009 Sundance Film Festival opened in the Bush Administration and concluded in the Obama Administration. Eight years later, Sundance straddled two starkly different administrations again, as the dread and anxiety that underscored November 8, 2016, arrived in its full-throttled manifestation on January 20. Park City - always a bright blue spot in a deep red state - got its activist groove on, as thousands of Sundancers marched down Main Street, joining millions around the globe for a This Is What Democracy Looks Like proclamation.

But despite this tsunami of hope, the Age of Dystopia had begun - and as I write this some two months and many other articles and deadlines later, this Age is shaping up to be darker than we had thought possible. And although the films I saw were created when a Trump presidency was all but unthinkable, it was nearly impossible not to engage the Sundance offerings through a Trump lens. Everything was relevant and timely and here and now.

What could be construed as a diptychal contemplation of the ever-widening faultline that is race in America, Travis Wilkerson's Did You Wonder Who Fired the Gun? and Yance Ford's Strong Island offer personal explorations of racially tinged murders in their respective families. Wilkerson's work, which he conceived and executed as a documentary performance, exhumes a long-buried story in his past - the murder of a black man at the hands of Wilkerson's great-grandfather. As he ventures deeper into the Deep South and his ancestral folklore, his investigative journey takes on a Faulknerian resonance. The African-Americans he meets are far more forthcoming in their recollections and reflections than their white neighbors and some of his relatives. And his aunt is so hostile to his inquiries - and so deeply entrenched in her racism - that she seems to have dispatched Klansmen to run him out of town; old, ugly habits die hard in Wilkerson’s family. And while this Southern gothic murder mystery doubles with Wilkerson's own reckoning with the shame of the legacy he carries, his film evokes Faulkner’s great epigram: "The past is not dead; it's not even past."

"The fractures are absolutely alive in the South," Wilkerson explained after his performance. "The only sincere, humble way I could present this film was by being in the room with you. It's stressful to me, and I want you to feel it in my voice."

Yance Ford's brother was murdered by a white man, in Islip, Long Island, a then-redlined community for African Americans. While Wilkerson intensified his engagement with the audience with his presence, Ford addresses us in full-close-up, empowering us in in the raw, visceral emotion of his story - and, at the end, ours. He takes us through the before-and-after narratives - that of his family and how they came to settle in Islip, and the murder of his brother, and how it shattered the family. As Ford conducts his own investigation into the murder and its jurisprudential aftermath - talking to family members, friends and detectives - he takes us on a parallel psychosocial journey along the festering scars of racial America. Strong Island is a decade in the making, one that had been preceded by years of journal writing. The result is a raw and riveting testament and indictment. Strong Island earned a Special Jury Award for Storytelling.

Editor Lewis Erskine, whose illustrious canon includes works by Stanley Nelson, Shola Lynch and Ken Burns, was honored at The Art of Editing Lunch, sponsored by the Sundance Institute, Adobe and the Karen Schmeer Film Editing Fellowship. "I'm not going to let Trump steal my joy," he declared at the onset of his keynote address. But, he noted, "The structure of racism remains in our community. If you're not at the table, you're on the menu. Who's in the room where it happens? We need to disrupt the cycle." Pointing out the lack of diversity among the gatekeepers in the funding, broadcast and distribution communities, he admonished, "You need to examine your privilege. Whites need to take on the burden of racism."

The Black Lives Matter movement was spurred by a wrenching skein of murders of unarmed black men and boys at the hands of police across the country. Pete Nicks' The Force takes viewers inside the Oakland Police Department as it struggles to maintain a respectful relationship with the community it serves, in the face of a history of misconduct and rights abuses and the possibility of a federal takeover. Nicks was afforded remarkable access to both the police and the Oakland residents, taking his cameras on ride-alongs, to community meetings and at crime scenes. And just as the reform measures seem to be going well for the force, a series of scandals topples everything - and Nicks and his crew are on hand for that.

In the Q&A that followed, a public relations officer from the Oakland Police Department described watching the film as "an emotional roller coaster. It felt like a tornado."

The Force, which won the Directing Award in the Documentary Competition, is the second installment of a planned trilogy by Nicks about public institutions and the communities they serve - the first being The Waiting Room, about Highland Hospital.

Going back in history, but still yanking us back to the troubling present, was Barak Goodman's Oklahoma City, which he made for PBS' American Experience. In a time when white supremacists are emboldened enough to infiltrate the Trump White House, one can arguably trace the countervailing surge of hate against a progressive administration to Timothy McVeigh, the convicted and executed mastermind behind the 1995 bombing of the Alfred P. Murrah Federal Building in Oklahoma City. Goodman skillfully builds a case for the conditions and context that transformed McVeigh from US Army veteran to domestic terrorist. From the 1980s, when Aryan Nations built their enclave in Idaho, through the 1992 government-led shootout at white separatist Randy Weaver's nearby redoubt, to the 1993 siege of the Branch Davidian compound in Waco, Texas a year later, McVeigh harbored a seething hatred for the government. Then it was The Turner Diaries, the sacred text of the Neo-Nazi movement, that catalyzed him into action.

Goodman toggles between a minute-by-minute account of the bombing and its aftermath and a diligent construction of the trail that led to that day. It's a tricky prospect to maintain parallel tracks, and at times the rhythms of these duel narratives veer off from one another. But Goodman more than demonstrates his chops as a journalist, by connecting the dots; as a historian, by making the past present; and as a filmmaker, by making us feel the searing swirl of emotions from that terrible day. 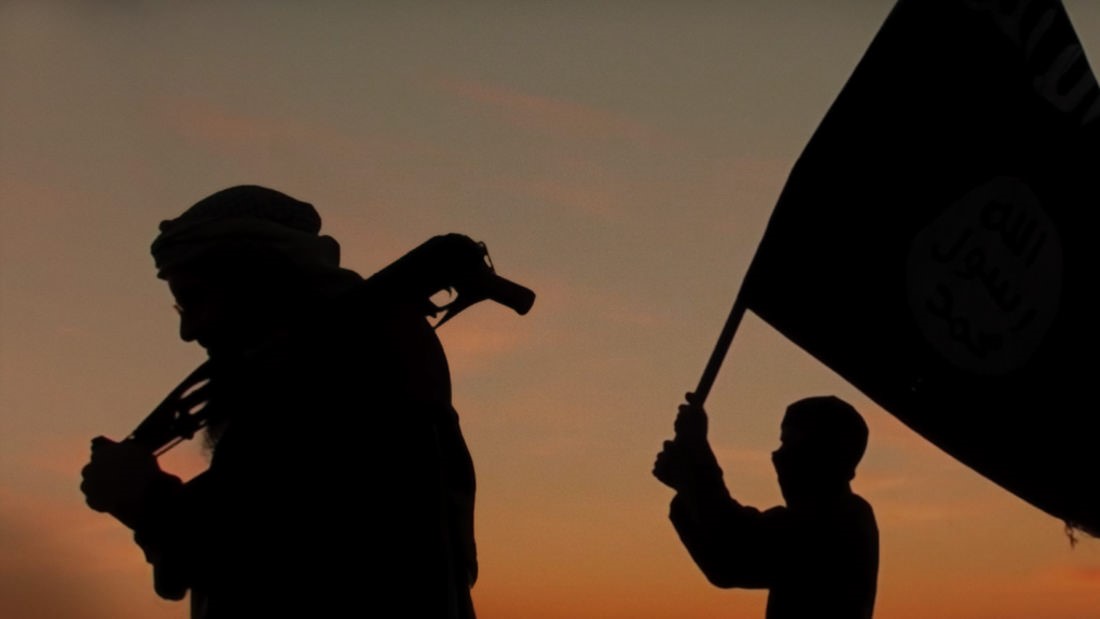 McVeigh served in the Persian Gulf War in 1991, the forerunner to America’s ill-conceived and ill-fated misadventure in Iraq a dozen years later. The consequences of that foreign and military policy debacle are numerous, but one of the most notorious is the rise of ISIS. City of Ghosts follows a group of intrepid guerrilla journalists who risk their lives to cover the truth of what's happening in their home city of Raqqa, an ISIS stronghold. Filmmaker Matthew Heineman, ever the bold adventurer, joins this group in Turkey, where they continue to maintain contact with their colleagues back home - some of whom, including family members, lose their lives in the process. The journalists travel from safe house to safe house - first in Turkey, then in Germany, then in New York, to accept an award from the Committee to Protect Journalists. And Heineman is always there, capturing the most intimate of moments - the tragedies, the tiny triumphs, glimmers of hope - that make his characters indelible heroes. City of Ghosts inspired no less a documentary maven than Nick Fraser to stand up after the screening and declare, "The is one of the very best human rights films I've ever seen."

Journalism - and its perilous fate in the Age of Trump - is front-and-center in Brian Knappenberger’s Nobody Speak, about professional wrestler Hulk Hogan's takedown - with a lot of help from venture capitalist billionaire Peter Thiel - of Gawker Media, thanks to a well-publicized trial that sounded the alarm about the First Amendment and a free press. (Prior to Sundance, Knappenberger contributed a preview piece to documentary.org about the context for making his film.) The Gawker Media case forms the foundation for an examination of other recent cases in which deep-pocketed and thin-skinned tycoons wield their power to silence their critics. And while most filmmakers toil on their film just days before Sundance opens, Knappenberger edited in footage of the very recent Inauguration - a mere three days earlier - to bring us firmly into the dreaded present, with the resolve to fight and march in the days and months ahead.

END_OF_DOCUMENT_TOKEN_TO_BE_REPLACED

Docs of the World: Global Nonfiction Thrives at Sundance