An Act of Worship

An Act of Worship explores what it means to be a Muslim in America. 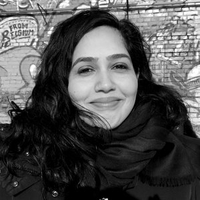 Dadabhoy is a Pakistani-American director and cinematographer from California. As a cinematographer Nausheen has lensed a number of narrative and documentary films: The Remix: Hip Hop X Fashion (2019), which premiered at the Tribeca Film Festival and is currently streaming on Netflix; La Femme et Le TGV (2016), a live-action short Oscar nominee; the Emmy Award winning Armed with Faith (2018, additional cinematographer); Girl Unbound: War to Be Her (2016), which premiered at TIFF and aired on POV; Conscience Point (2019), which aired on Independent Lens; and J’adore Nawal a short for HBO Documentaries (2018), which premiered at Sundance. Her directorial debut The Ground Beneath Their Feet (2014) premiered at IDFA in the first appearance competition. Nausheen has been a Film Independent Project:Involve Fellow (2011), a Berlin Talents participant (2017), a Firelight Fellow (2018), Chicken & Egg Eggcelerator Lab Fellow (2019), a newportFILM Documentary Cinematography Fellow (2019) and she is currently a Soros Equality Fellow (2020). She was part of DOCNYC’s inaugural “40 Under 40” list which features the talented and diverse voices in documentary filmmaking today. Nausheen received her MFA in Cinematography from the American Film Institute. She is based in New York, Los Angeles and Karachi, Pakistan. 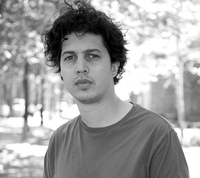 Khan is an Emmy-nominated director and founder of Capital K Pictures. His feature documentary The Interpreters had its national broadcast premiere on PBS Independent Lens in the fall of 2019. Following the lives of Afghan and Iraqi interpreters targeted by insurgents for their work with American forces, it was made with support from the MacArthur Foundation and ITVS, and was nominated for an Emmy in the News & Documentary category. Sofian is a 2019-2020 Sundance Institute Creative Producing Fellow and was included on the 2019 DOC NYC 40 Under 40 list. His short work has appeared on Field of Vision, Al Jazeera, NBC Digital, American Masters and The Atlantic Selects, and his 2018 short Do We Belong? was shortlisted for an IDA Award. 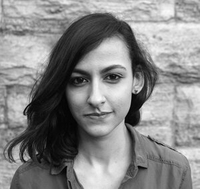 Elorbany is an Egyptian-American journalist and filmmaker based in New York. Her first documentary film, LIFEHOUSE (2017), earned her a DuPont-Crichton Award. She was a researcher and assistant editor on Oscar-nominated short documentary film ST. LOUIS SUPERMAN and has worked with award-winning directors, including Lana Wilson (THE DEPARTURE, AFTER TILLER) and Smriti Mundhra (A SUITABLE GIRL). In addition to making documentary films, she produces audio stories and live shows. She has worked on productions for the New York Times, BuzzFeed, Viacom, BBC, Gimlet Media, PRX and Radio Ambulante. She is an adjunct professor at Columbia University’s Graduate School of Journalism, where she earned her master’s degree in 2017, completing the documentary concentration of the program. 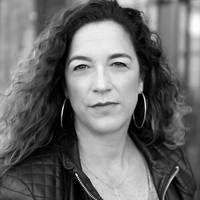 Jacobson is an Emmy Award-winning filmmaker and storyteller. Some of her recent films include SOLITARY (HBO), Outstanding Investigative Documentary Emmy winner and Independent Spirit Truer Than Fiction Award nominee; Cartel Bank, a one-hour film that aired as part of the Netflix documentary series Dirty Money; Take Back the Harbor (Discovery), co-directed with Roger Ross Williams and produced by Motto Pictures; and A Place at the Table (Magnolia Pictures/Participant Media), winner of IDA’s Pare Lorentz Award, and PGA nominee for best feature.