The Atom: A Love Affair 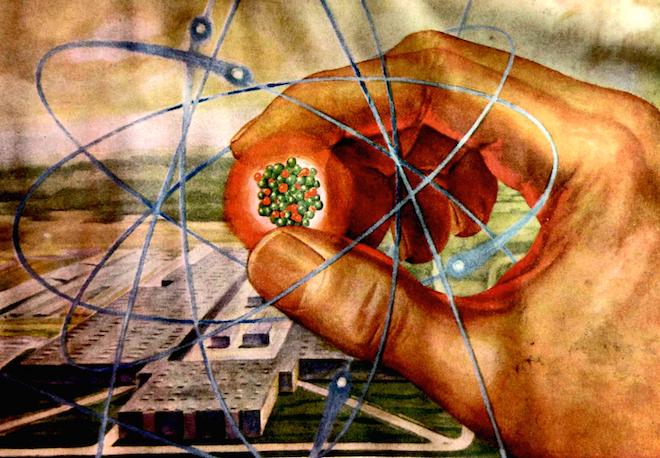 In 1945, the world crossed the threshold into the Atomic Age, and so began our relationship with one of the most complex and controversial technologies in history. Nearly everyone has a strong opinion about nuclear power but far fewer know its history and the complex social and political forces that have shaped it.

Influenced by the sentimental screen romances of mid-century America, The Atom: A Love Affair takes us on a tragi-comic journey through seven turbulent decades in the US, UK, France & Germany. It reveals how the world has fallen in and out of love with atomic power – and how a coterie of scientific and political 'true-believers' have battled to win back the world's affection in the face of passionate opposition, dramatic safety failures and harsh economic realities.

It's a dramatic, constantly-shifting narrative brought vividly to life through testimony from an array of industry insiders, political figures, campaigners and commentators, plus a treasure trove of original archive material. The film captures both the tantalising promise and the repeated disappointments of nuclear power and asks  whether this quintessentially 20th century technology can survive our rapidly-changing new century.