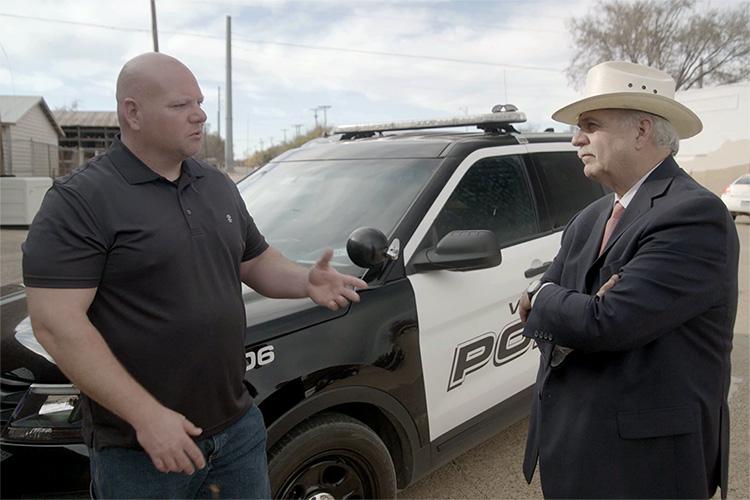 In the1960’s it was the Hippies who brought the idea of sexual revolution. They got neither Fatwas nor bodyguards. In the 2019 it is a female imam in Berlin who says Islam seeds a sexual revolution. She gets two fatwas and five bodyguards. The film shows her inner strength and her humorous way of looking at life.

THE FIRST SUPPER is the story of one of the first female imams in Europe, Seyran Ates, and her wish to open liberal mosques all around Europe, in order to fight extremism and hate. Seyran, once a muslim girl from the ghetto, is now a core lawyer for her beloved city, Berlin. She is defending the rights of the city, which wants to keep its secular values in educational institutions. Seyran’s motivation is not only political, but also personal. Her nephew was deeply radicalized and brainwashed at school, through glorifying stories of martyrdom in Syria. Seyran helped him out of it and he is now her closest supporter.

In the last three hundred years the female imams have practiced in China. They have had their female mosques and helped their communities. In contrast to Seyran they are not under the police protection. Seyran will visit them in Xi’an and will bring them her idea of a sexual revolution within Islam and how female leaders who dare to challenge their religions can build cohesion and create peace. Seyran is an experienced lawyer and “justice for all” has always been close to her heart. There are no Sharia laws in her mosque. Seyran’s meeting with the traditional Chinese imams will create a lot of discussion about the gendered spaces in religion.