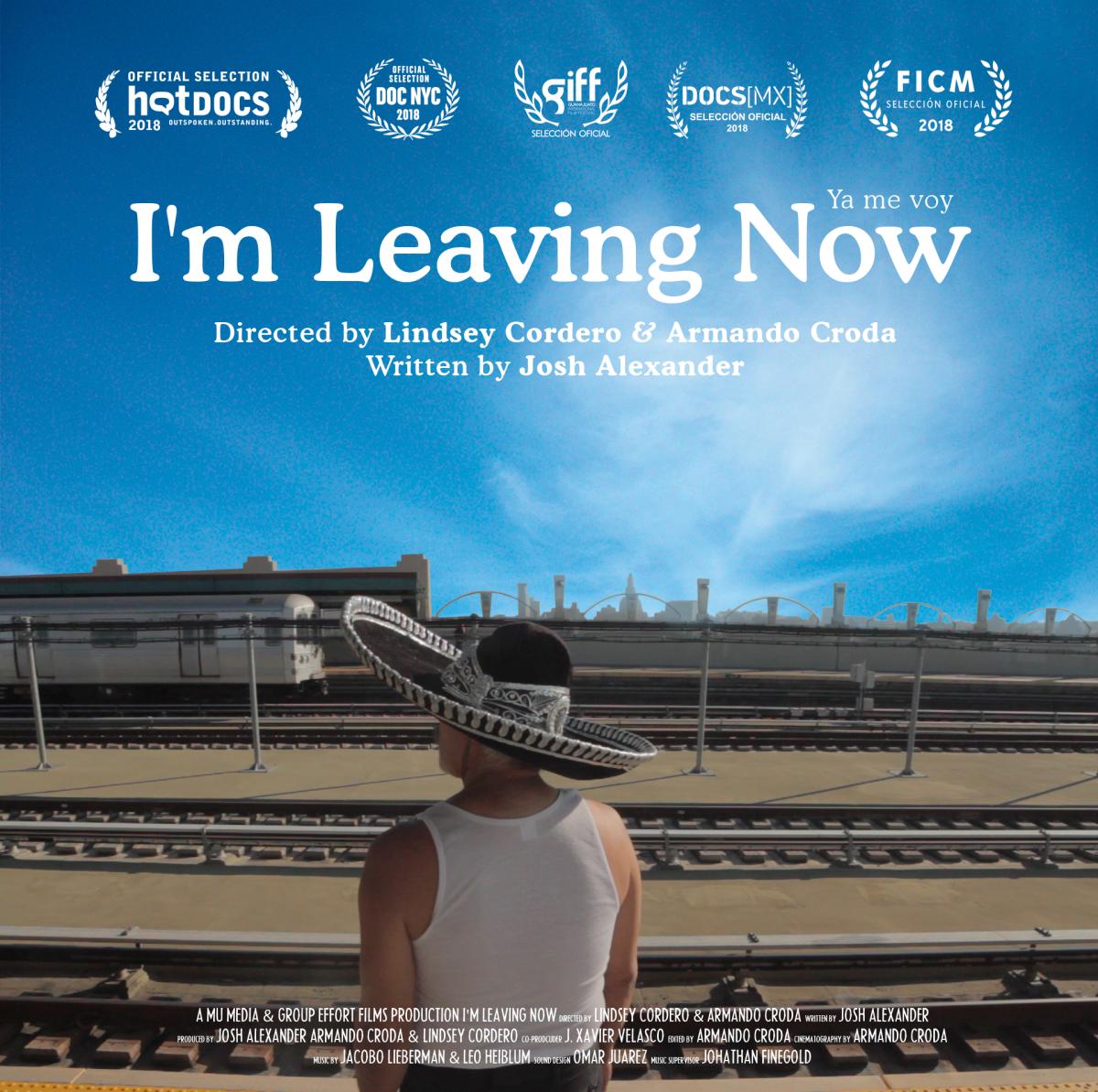 Felipe has come to a crossroads. After 16 years in Brooklyn, working three low-paying jobs and collecting bottles on the street in his spare time and sending the bulk of his earnings home to his family in Mexico, he's decided to return to his wife and the children he hasn't seen in almost two decades. But when he informs his family of his homecoming, he discovers that they've squandered the money, are deeply in debt and don’t want him to return. They need him to stay in the US, continuing to earn.

Shot over two years in the heart of Brooklyn’s immigrant community, I'm Leaving Now is a searingly intimate portrait of one undocumented worker on the margins. A blend of documentary with some fictional elements, the film allows the rhythms, emotions and sounds of Felipe’s life and the city to drive the story, utilizing a structure and a style often not seen in documentaries. Impressionistic, cinematic and with the city as its soundscape, the film pushes the boundary of how documentary can capture the lives of the unseen, ultimately elevating this one lonely man’s story into a lyrical meditation on themes of family and home, loneliness and love. As Felipe debates whether to stay or go, the film builds to a heartbreaking portrait of the struggle and drama that exist in the lives of the often invisible figures toiling away in the kitchens, hotel rooms and construction sites of our biggest cities. Eschewing politics, the film is political nonetheless – a quiet and unforgettable snapshot of one man held in suspension between a world of endless work and a faraway home.

“Cordero and Croda’s doc manages to give humanity to the immigration story by allowing it to encompass complex emotions as well as economic and political realities.” - POV Magazine

"... a necessary perspective on race, class, and nationality..." - POV Magazine