A sexual abuse scandal Involving multiple perpetrators at America’s preeminent children’s theater has been buried for decades. This film unearths the story, and follows the survivors who come forward in an attempt to hold their abusers and the institution that harbored them accountable. 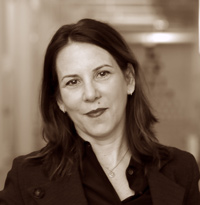 Emmy Award winning filmmaker Norah Shapiro left a decade-long first career as a public defender to work in documentary filmmaking, and hasn’t looked back since. Norah was named a 2012 McKnight Media Arts Fellow and is a multi-year recipient of Jerome Foundation and Minnesota State Arts Board funding. Her most recent film, Time for Ilhan, about the political rise of Congresswoman Ilhan Omar, received Catapult Film Fund development funding, was selected for the 2017 IFP Film Week, the 2017 TFI/A&E Story Lab, premiered at the 2018 Tribeca Film Festival, had its broadcast premiere on FuseTV, is currently streaming on Amazon Prime, ITunes & Google Play, and continues its robust social impact screening tour. Time for Ilhan won multiple audience awards, was nominated for a 2018 NAACP Image Award for Best TV Documentary, and received a 2018-2019 Daytime EMMY Award for Outstanding Directing Special Class. Norah is currently producing a documentary (in post-production) about the far-reaching impact of a notorious abduction of a young boy in rural Minnesota, and is also directing/producing a short film about a young woman’s quest to create the nation’s 1st Memorial to survivors of sexual violence in Minneapolis, Minnesota. Norah is a founding member of the Minnesota Chapter of Film Fatales, and is the proud mother of 3 young adult/teens. 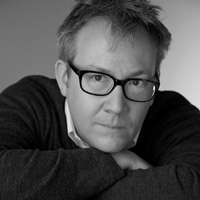 Mark Steele is a producer and industry professional with a successful track record in production, post-production and business affairs. Most recently, Mark shepherded the narrative film O.G., starring Jeffrey Wright, and the feature documentary It's a Hard Truth Ain't It through editorial, post-production, sales (HBO), and delivery. Mark has steered many documentary projects from editorial through the long tail of sales and distribution, including Cutie and the Boxer, and SEMBENE!. Mark was a founding production executive at Werc Werk Works where he helped shepherd films from development, production, and post-production through international distribution and delivery. At Wercs he served as a co-producer and production executive on Lawrence Kasdan's Darling Companion (Sony Pictures Classics), Jill Sprecher's Thin Ice (Sundance, ATO Pictures), Rob Epstein & Jeffrey Freidman's HOWL  (Sundance, Oscilloscope), and Todd Solondz's Life During Wartime (Telluride, IFC Films). Mark is a member of the Producers Guild of America and was a 2013 Trans-Atlantic Partners Producing Fellow.