Power of the River: Expedition to the Heart of Water in Bhutan 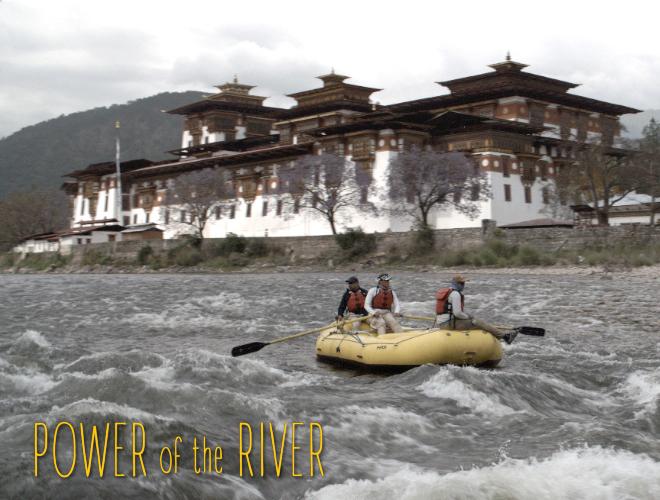 In the country with the world’s most ambitious commitment to protect nature, where the king values the happiness of his people above the money they make, a threat is looming. Bhutan's primary revenue source is hydropower; quotas with India would require damming every last river. A man named “Good Karma” guides an expedition to keep his kingdom’s mightiest river wild and free.

Even as his countrymen are pulling away from their roots toward the electric lure of the city, Karma guides foreigners deep into Bhutan’s wilderness. There he shares the wisdom of his culture—the very last of the fading Himalayan kingdoms—hoping it’s not too late to rekindle reverence for our planet’s wildest places. Karma hopes to keep one, just one, of his country’s rivers undammed. What makes him think he can succeed? In a land founded by a saint who rode a flying tiger, in a place where happiness is a higher goal than money, perhaps anything is possible.

Through the exploits of Karma and his hand-picked international expedition team, Power of the River plunges to the heart of what most threatens Earth’s wild spaces—and what will most likely save them.