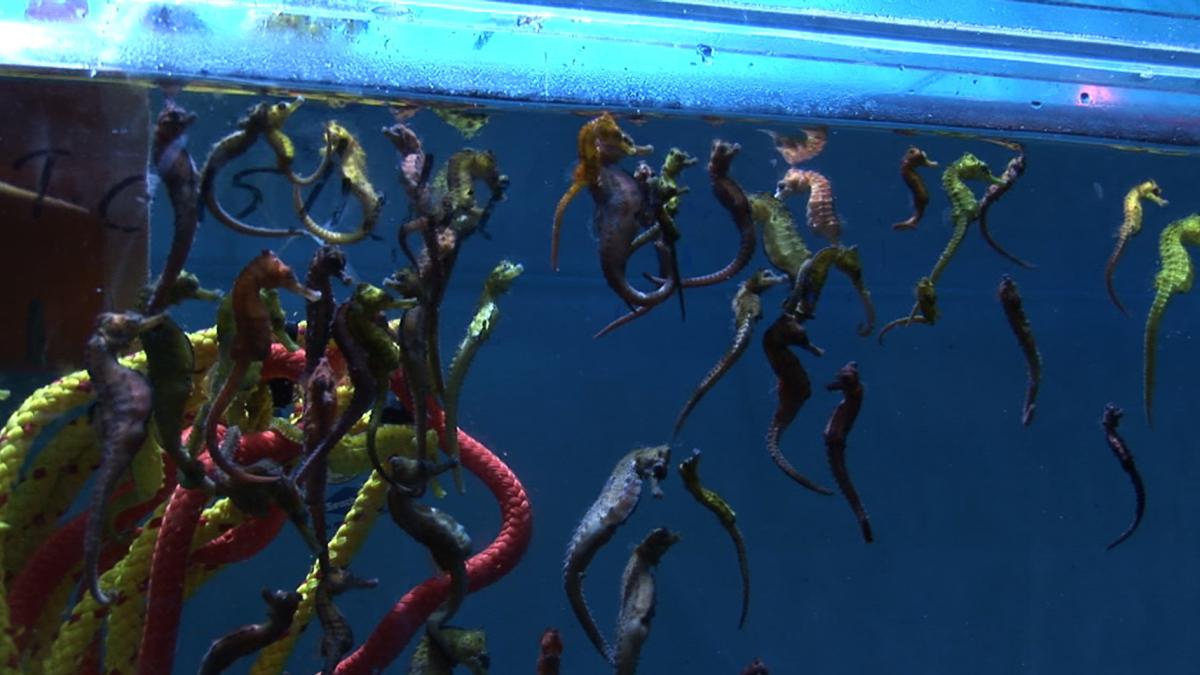 Worth more than their weight in gold and harvested in vast numbers to supply the traditional Chinese medicine market, curio and aquarium trades, seahorses will almost certainly be extinct within the decade. Seahorse Gold is the extraordinary story of two unlikely allies who come together to establish the world’s first commercial seahorse breeding program and save a fragile species from oblivion.

With the head of a horse, eyes of a chameleon and tail of a monkey, seahorses are a stunning paradox of evolution – and are currently facing certain extinction. As it stands, in ten years, they will all have vanished, as on average only one survives out of every 1000. But for the efforts of two unlikely heroes – New York fish fanatic Barnett Shutman and Irish Marine Biologist Kealan Doyle - these fragile creatures are almost certainly doomed. SEAHORSE GOLD is the compelling story of a combined mission to establish the world’s first commercial seahorse breeding program in the Philippines. With the personal backing of Philippines president, Rodrigo Duterte - who has granted them the official licence - this pioneering conservation project will involve local fishermen in the creation of sustainable seahorse farms in the crystal-clear waters off Palaui Island.