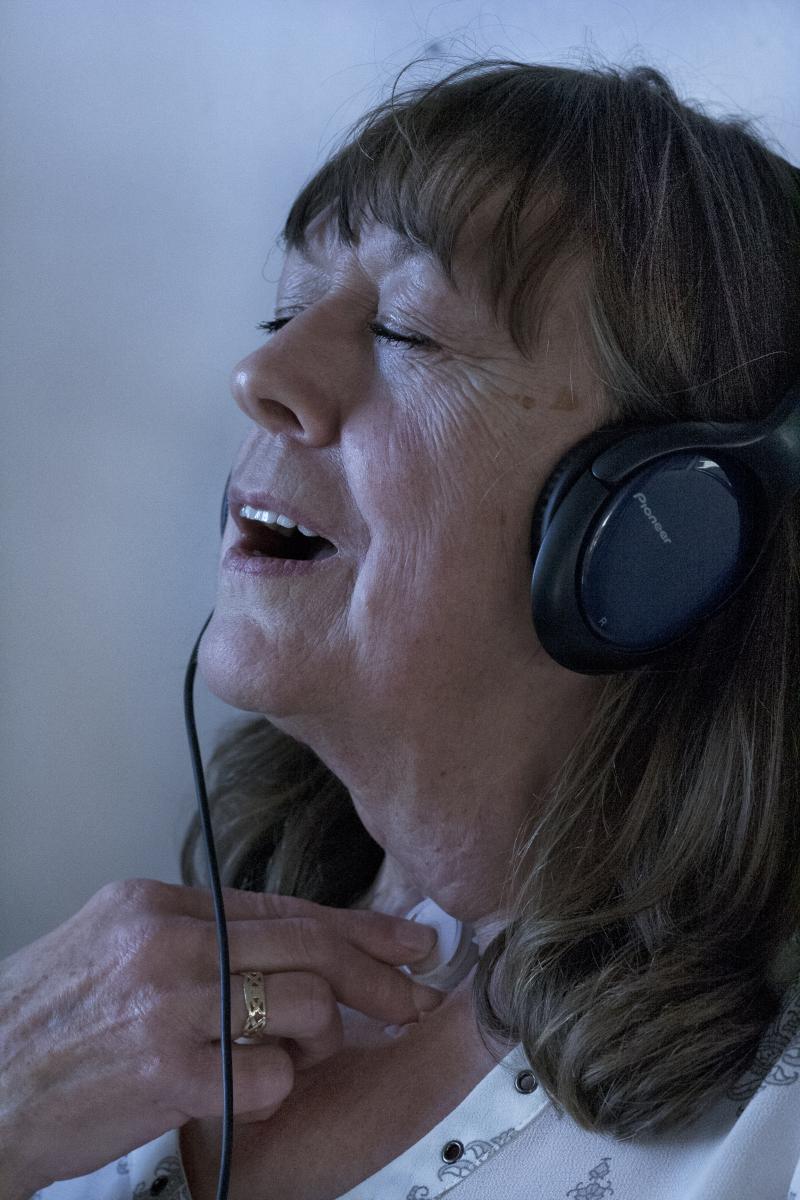 Segue is a documentary about the transition from life with a voice box, to one without. It’s told through the personal stories of members of the Shout at Cancer choir in London, made up of individuals who’ve had their voice boxes surgically removed in a life-altering surgery called a laryngectomy. The spine of the film will be the choir’s preparations and rehearsals, that will culminate in a concert performance. Interspersed with the concert preparations will be the personal stories of four or five members of the Shout at Cancer choir. Their specific stories will be examples of the broad experiences of laryngectomy patients, and how they traversed the psychosocial obstacles of living with a laryngectomy, to emerge as fully engaged and accomplished human beings.