Side by Side: Out of a South Korean Orphanage and Into the World 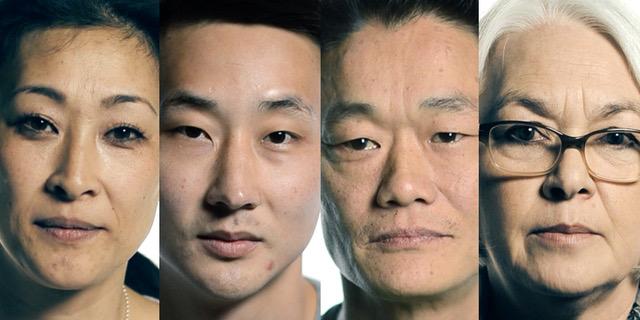 Side by Side: Out of a South Korean Orphanage and Into the World documents the stories of inter-country adoption out of South Korea. Filmed in Seattle, Chicago, Boston, New York City, Paris, Stockholm, Amsterdam, and Melbourne, this short film is an international journey through the personal memories and experiences of abandonment, relinquishment, orphanages, aging out, and adoption. Starkly minimalist, Side by Side is composed entirely of intensely intimate, first-person narratives...the stories of a baby being violently thrown from a car at the orphanage front door, relinquishment to a total stranger in a train station, life as "a Martian" and the complexities of being gay and a Korean-American adoptee, reuniting with birth parents and trying to make sense of relationships with mothers and fathers they've never known. These nine stories go far beyond the familiar, but unrealistically simplistic, narratives of humanitarian rescue and forever-love with an adoptive family. And almost unexpectedly, we come to know these former orphans. With every resurfaced memory, every pause, and every revelation, we come to understand their lives and disparate journeys through the world.

This Side by Side short documentary is edited from the larger Side by Side Project, in which 100 adoptee and aged-out stories were filmed in 100 countries, 6 languages, and 16 cities—21 total hours of stories available at sidebysideproject.com since May, 2018. That has now been edited into 10 additional short films, each addressing a different critical theme: Memories of birth families and orphanage life in South Korea, the lives of those who aged out of the orphanages, visiting South Korea as adults, the desire to search for information and biological family, and stories of reunion. These films are presented as a 10-channel video art installation, with an international premiere in Seoul and a U.S. premiere in New York City, in August and September of 2019.