The Trial of Henry Ford 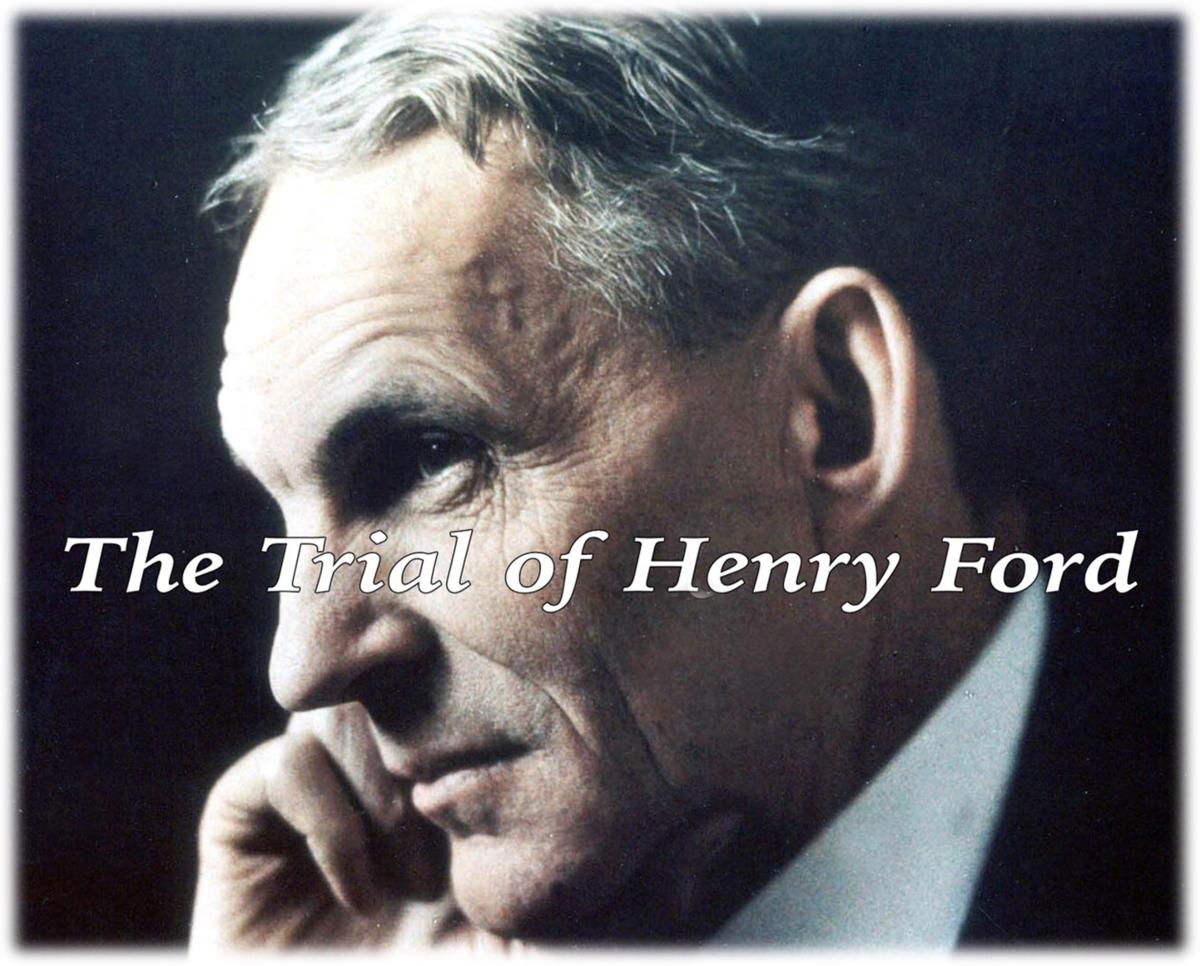 The Trial of Henry Ford

“This is not just to develop an understanding about what happened but to raise awareness, or resistance, against those who would drag us in the same direction.”

One hundred years ago this week, a pandemic virus of hate and fear was let loose on the United States when automaker Henry Ford released the first of a series of attacks on Jews in his weekly newspaper, The Dearborn Independent.

A booklet, the Protocols of the Learned Elders of Zion, promoted by an exiled Russian intelligence operative, Boris Brasol, who claimed it was the transcript from an annual meeting of a secret Jewish cabal plotting to take over the world, inspired Ford to use his newspaper to promote this dangerous propaganda for eighty-five weeks.

Our film is about the struggle to battle a real billionaire’s mass production of hate and fear. He’s dangerous because he’s the most famous and beloved man in America in the 1920s. He represents the American dream but has created a nightmare.

One obstacle stood in Ford’s way, a courageous lawyer, Aaron Sapiro, who’d felt the sting of Ford’s attack when a 21-article barrage of lies, distortions, and innuendo is unleashed on him. He had to decide if he’d take on this American icon. With little support, he sues Ford in Federal Court in Detroit.

He wants to show him that one Jew is not afraid to fight him, and his unlimited money, a team of lawyers, detectives, and thugs in his own backyard. He doesn’t want Ford’s money he just wants to pull “from his own lips that he was wrong,” and admit there was no justification for his “attacks on the Jews.”

After battling him in court he forces the automaker to issue an apology to the Jewish people and dismantle the printing presses so Ford could never publish these lies again.

Unfortunately, others took up where he’d left off and continued to spread the dangerous disinformation inspired by Ford and the Protocols.

Every generation since has had to fight this recurring virus that refuses to die and threatens democracy.