The documentary offers an insider look at a powerful Chinese industrial zone in West Africa, and the profound and complex challenges facing the local community. 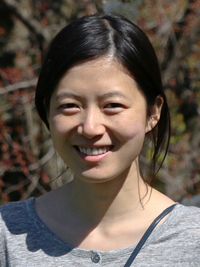 Jialing is an Emmy Award-nominated independent Chinese filmmaker based in Massachusetts. She co-directed and produced ONE CHILD NATION, winner of Sundance Film Festival Grand Jury Prize in 2019. She was nominated for a DGA Award for Outstanding Directorial Achievement in Documentary and a PGA Award for Outstanding Producer of Documentary. Her directorial debut, COMPLICIT, ​follows the intimate journey of a benzene-poisoned Chinese migrant worker who takes on the global electronic manufacturing industry premiered at the Human Rights Film Festival in 2017. Jialing worked as a freelance journalist in Beijing for 7 years for various international media outlets​. She holds a master’s degree in journalism from NYU. 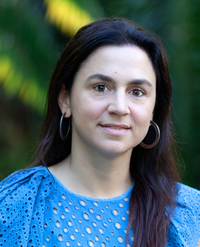 Alexandra's producing and directorial debut, MONICA & DAVID (the love story of a couple with Down syndrome), won Tribeca Film Festival’s Jury Award, was nominated for an Emmy Award, broadcast on HBO and in 33 countries. Her latest film, PAPER CHILDREN (about 4 siblings who fled gang violence in Honduras), was recently released worldwide with YouTube Originals. An alumna of Sundance Knight Fellowship, Chicken & Egg Accelerator Lab, Tribeca All Access, Good Pitch, HotDocs:Forum, CPH:Dox and South Florida Arts Consortium, she has also received support from Perspective Fund and The Fledgling Fund. Raised bilingual in a Cuban family, Ali lives in Miami, Florida, and is the mother of two little boys.