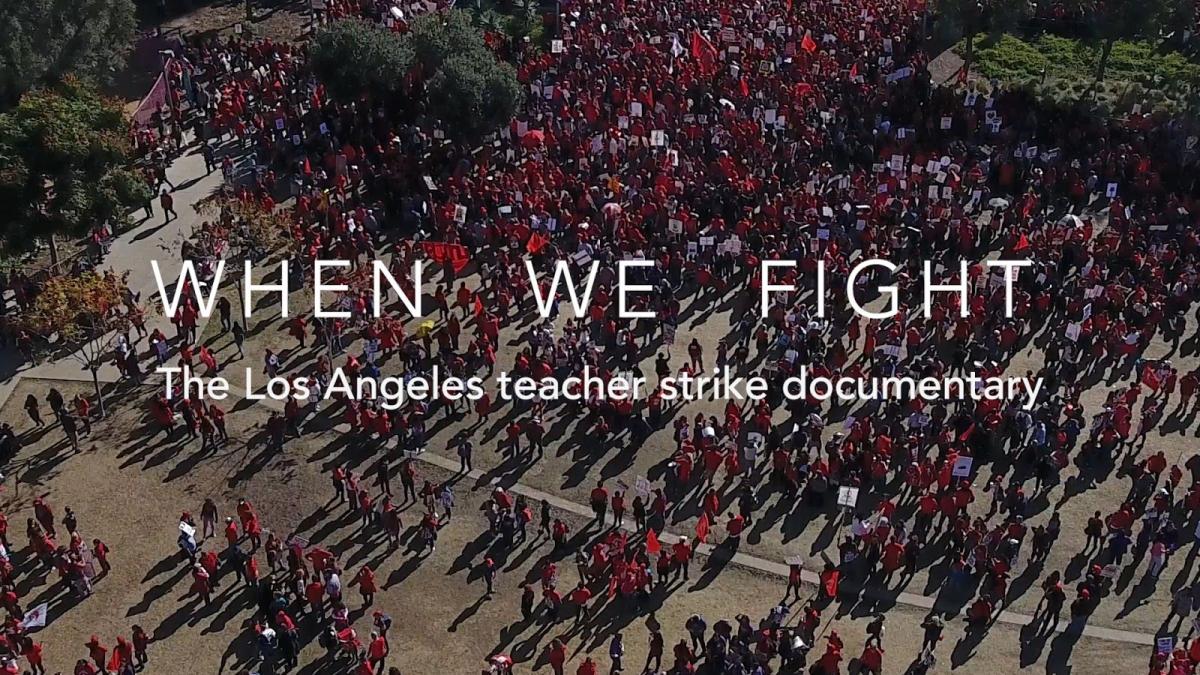 L.A. is the epicenter of school privatization, and the newly appointed L.A. superintendent just unveiled his plan to dismantle the second largest public school district in the country, but then 98% of L.A. teachers vote to go on strike.

Union Vice President Cecily Myart-Cruz travels from school to school during their lunch hours to rally the troops, calm fears, and prepare the teachers for their first strike in thirty years. At the same time, Union Secretary Arlene Inouye prepares to lead negotiations with the district, and high school teachers Gillian and Sharonne grade papers, support parent and student activists, and train their colleagues on how to gather parent support.

There are 3.2 million teachers in the United States, and for the first time in a generation, hundreds of thousands of them are going on strike. When We Fight is a teacher's-eye view of the L.A. teachers strike, but by doing so it is also a unique first-hand account of a national phenomenon.