We are excited to announce the winners of the 28th annual IDA Documentary Awards!

View all the winners and nominees 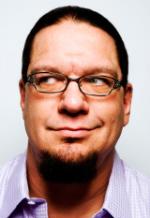 Penn Jillette We're thrilled that Penn Jillette will be hosting the IDA Awards. He is a cultural phenomenon as a solo personality and as half of the world-famous Emmy®-Award winning magic duo Penn & Teller. His solo exposure is enormous: from Howard Stern to Glenn Beck to the Op-Ed pages of The New York Times. He has appeared on Dancing With The Stars, MTV Cribs and Chelsea Lately, and hosted the NBC game showIdentity. As part of Penn & Teller, he has appeared more than twenty times on David Letterman, as well as on several other TV shows, from The Simpsons and Friends to Top Chef and Jimmy Fallon. He co-hosts the controversial series Penn & Teller: Bullsh*t!, which has been nominated for sixteen Emmy® Awards. His documentary, The Aristocrats, features 100 top comics telling their version of the world's dirtiest joke and was a 2005 official Sundance entry. 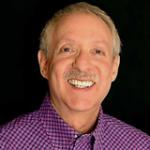 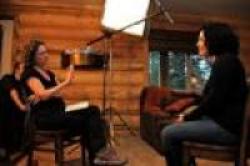 Sundance Institute's Documentary Film ProgramThe IDA's Pioneer Award will be presented to Sundance Institute's groundbreaking Documentary Film Program and Fund (DFP). Established in 2002 with a gift from the Open Society Institute with leadership support from Ford Foundation's Just Films initiative among others, the DFP is a leading creative and financial resource for contemporary-issue nonfiction filmmakers worldwide. Each year the DFP grants and awards $1-2 million to independent documentary films and conducts a portfolio of Creative Labs and Fellows programs at Sundance Resort, Sundance Film Festival and elsewhere. Under the direction of Cara Mertes, the DFP also convenes events and forges partnerships globally to draw new resources to the non-fiction field, and to amplify the use of film as a tool for impact and motivate change towards more open and equitable societies. In its ten years, the DFP has supported over 425 films including Kirby Dick's The Invisible War, Patricio Guzmàn's Nostalgia For The Light, Leonard Retel Helmrich's Position Among The Stars, Josh Fox's Gasland, Tia Lessin and Carl Deal's Trouble The Water, and Ross Kauffman and Zana Briski's Born Into Brothels. 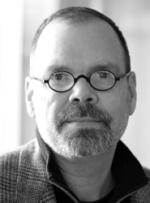 Each year IDA recognizes the achievements of a filmmaker who has made a significant impact at the beginning of his or her career in documentary film. This year IDA will honor David France, the producer and director of one of the year’s most-acclaimed films How to Survive a Plague. Since its premiere last January at the Sundance Film Festival, award-winning journalist and New York Times best-selling author David France has received tremendous praise from critics, programmers and fellow filmmakers for his directorial debut film. Several films have been inspired by his work, including the Emmy-nominated Showtime film Our Fathers, for which he received a WGA nomination. He is at work on a major new history of AIDS, due from Alfred A. Knopf in 2014.

Click the film titles below for info on how to watch each film.

THE WEIGHT OF THE NATION
Executive Producers: Sheila Nevins, John Hoffman
Producers: John Hoffman, Dan Chaykin, Sarah Teale
Co-Producers: Tomek Gross, Alexandra Moss, Sonia Dulay Ricci
HBO Documentary Films and the Institute of Medicine, in association with the Centers for Disease Control and Prevention and the National Institutes of Health, and in partnership with the Michael & Susan Dell Foundation and Kaiser Permanente

This award recognizes exceptional achievement in non-fiction film and video production at the university level and brings greater public and industry awareness to the work of students in the documentary field.

This award is given each year for the best use of news footage as an integral component in a documentary.

This award is given to a film that explores the hopes and fears of human beings who are very different in culture, race, lifestyle, political loyalties and religious beliefs in order to break down the walls of ignorance which separate us.

The Pare Lorentz Award recognizes films that demonstrates exemplary filmmaking while focusing on the appropriate use of the natural environment, justice for all and the illumination of pressing social problems.

The Creative Recognition category recognizes special achievement in cinematography, editing, music and writing in films entered in the Feature Category.
Award recipient: The primary person involved in the recognized craft of the selected film.

Awards Issue of Documentary magazine on newsstands the first week of December.