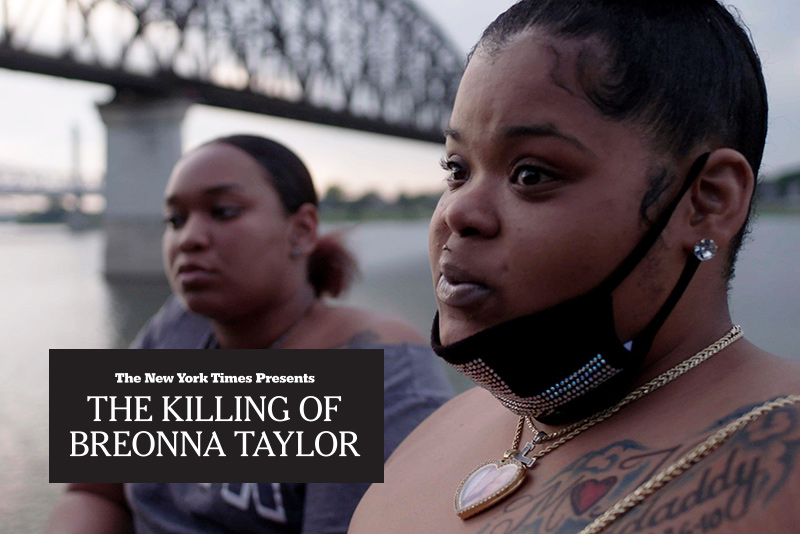 A New York Times investigation examines what happened at 3003 Springfield Drive in Louisville, Kentucky, just after midnight on March 13, when police executed a warrant that resulted in the death of Breonna Taylor.

Get an exclusive screener to The Killing of Breonna Taylor then join us for a digital conversation feat. Director/Producer Yoruba Richen and Producer Lora Moftah, moderated by IndieWire's Kristen Lopez.

Yoruba Richen is an award-winning documentary filmmaker whose work has been featured on PBS, MSNBC, FX, New York Times Op Doc, The Atlantic and Field of Vision. Her film, How it Feels To Be Free, premiered on PBS’s American Masters in January 2021. Her other films, The Killing of Breonna Taylor, won an NAACP Image Award and is streaming on Hulu and The Sit In: Harry Belafonte Hosts the Tonight Show, is streaming on Peacock.  Her previous film, The Green Book: Guide to Freedom was nominated for an EMMY. Her films, The New Black and Promised Land won multiple festival awards before airing on PBS's Independent Lens and POV. Yoruba won the Creative Promise Award at Tribeca All Access and is a Sundance Producers Fellow. She is a recipient of the Chicken & Egg Breakthrough Filmmaker Award and a Guggenheim and Fulbright Fellow. Yoruba is the founding director of the Documentary Program at the Craig Newmark Graduate School of Journalism at CUNY.

Lora Moftah is a producer for "The New York Times Presents" on FX and Hulu, where she worked on the award-winning documentary film "The Killing of Breonna Taylor." Prior to that, she worked on The New York Times' documentary series, "The Weekly," where she produced episodes on topics ranging from U.S. arms deals with Saudi Arabia to the rise of deepfake technology. Her previous credits also include CNN's award-winning all-archival series "Tricky Dick," and Topic's digital series "She's the Ticket." Her work has also appeared on ABC News and Al Jazeera. She is a graduate of Columbia University's Graduate School of Journalism and is a native New Yorker.