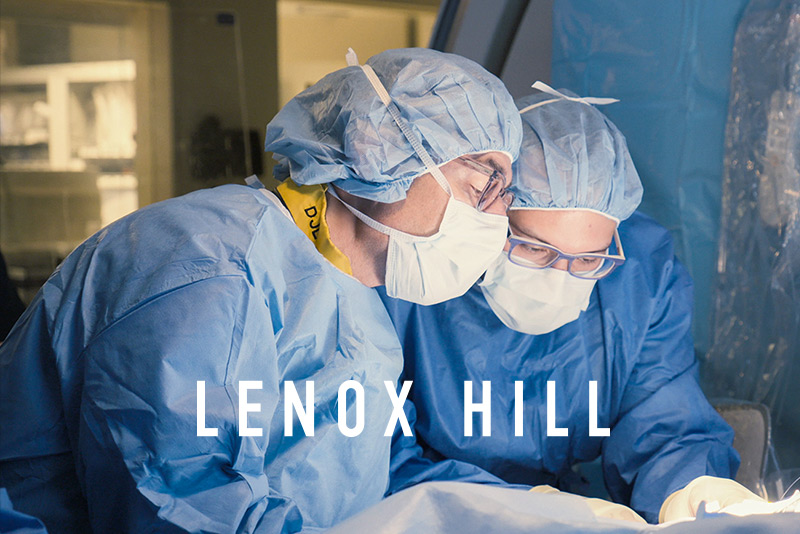 Lenox Hill is an intimate look at the lives of four doctors - two brain surgeons, an emergency room physician, and a Chief Resident OBGYN, as they navigate working at the renowned Lenox Hill Hospital in New York City. With extraordinary access and an unflinching eye, the series shows each physician's struggle to balance their personal and professional lives, and delves into each patient's journey. From birth to brain surgery, each case offers an inside look at the fascinating and emotional world of medicine.

John left a prestigious post to help start the neurosurgery department at Lenox Hill Hospital. Outgoing, charming, and a father of four, John juggles a busy family life with his grueling work responsibilities. “Lenox Hill is the first show I’ve seen that truly captures the relationship between patients and providers, as well as providers and our families. This show tells real-life stories, there’s  no acting. It cuts deep into the emotional psyche of what it means to  be a doctor, someone on the frontlines of healthcare — and this show could not come at a more important time.”

Down to earth, relatable, and warm, Mirtha is inspired by working the front lines of emergency medicine, treating all walks of life equally and urgently. “This series delves into not only the patient-doctor relationship, but also explores the personal lives of physicians. I feel that what happens in our personal lives — how we live life and experience things outside of  medicine — greatly impacts our work. Hopefully by portraying not only the challenges and hardships faced by patients, the series can highlight how physicians advocate for their patients in a way that promotes  mutual trust.”

Ruthie Shatz is an award-winning executive producer, director, editor and writer. She is a Sundance Alumni and an International Film Market adviser recognized for her diverse work in documentary filmmaking. Born on an Israeli kibbutz, Ruthie studied at the Sam Spiegel Institute for Film, where she later became a senior lecturer and script pitching adviser. While still a student, Shatz launched her career as a director on Israeli TV shows and commercials.

Adi Barash is an Israeli-American award-winning executive producer, director, cinematographer and writer. He is a Sundance Alumni . Born in the hills overlooking the port of Haifa, Adi spent his early years at sea with his father, a tanker ship captain, before moving to the rundown Upper West Side of 1970s New York City. He dropped out of high school, discovering the art and philosophy of motorcycles, and then worked on a diamond mining ship in Namibia before enrolling in acting school with Lee Strasburg, only to realize that the other side of the camera best suites his vision of expression.