*PBS is only available to audience streaming from the United States. 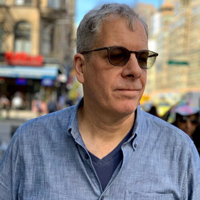 Jeff Kaufman produced, directed, and wrote the documentaries Every Act Of Life (2018 Tribeca premiere, aired June 2019 on American Masters), The State of Marriage, Father Joseph, The Savoy King: Chick Webb and the Music That Changed America, Brush With Life: The Art of Being Edward Biberman, and Education Under Fire, plus a number of short films for Amnesty International, and programs for The Discovery Channel, and The History Channel. He also edited/designed a book based on the film Every Act Of Life, contributed cartoons to The New Yorker, and illustrations to The Los Angeles Times and The New York Times, wrote/illustrated several children's books, and hosted daily radio shows in Vermont and Los Angeles. 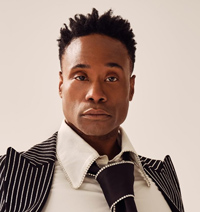 Billy Porter is an award-winning actor, singer, director, composer, and playwright. He most recently won the Emmy Award for Lead Actor for his appearance in FX’s Emmy- and Golden Globe-nominated drama “Pose”. A Hollywood Walk of Fame inductee, Porter has numerous theatre credits, including the role of Lola in the Broadway musical “Kinky Boots,” which he originated in 2013 and for which he won the Tony, Drama Desk, and Outer Critics Circle awards, as well as the Grammy for best musical-theatre album. Recently, Porter appeared in “American Horror Story: Apocalypse.” Porter’s most recent single “For What It’s Worth,” was released in April. He can next be seen in the second season of CBS All Access’ “The Twilight Zone,” and FX’s “Pose”, voicing Audrey II in Greg Berlanti’s remake of “Little Shop of Horrors,” as well as the highly anticipated “Cinderella” re-make in 2021. 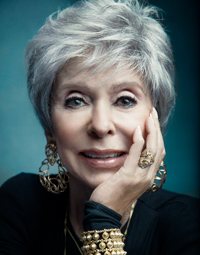 Rita Moreno has won all four of the most prestigious awards in show business: an Oscar, a Tony, two Emmys, and a Grammy. Her countless credits span more than six decades, beginning with her Broadway debut at age 13. Moreno has starred on Broadway and London's West End, appeared in more than 40 feature films, and countless television shows, and has performed in numerous regional theaters including her one woman show, Life Without Makeup at the Berkeley Repertory Theatre. Currently, Moreno stars in the widely popular Latino remake of Norman Lear’s classic sitcom, One Day at a Time on POP TV. She also co-stars and serves as an Executive Producer in the Steven Spielberg remake of West Side Story, scheduled for a December 2020 release.  Moreno received the Peabody Career Achievement Award and the Kennedy Center Honor for her lifetime contributions to American culture. Prior to that, she was honored by her peers as the 50th recipient of the Screen Actors Guild Life Achievement Award. She has served as a Grand Marshal of the Rose Parade and the National Puerto Rican Day Parade. Moreno was awarded the Presidential Medal of Freedom by President George W. Bush and the National Medal of Arts by President Barack Obama.