Awards Spotlight: The World According to Jeff Goldblum 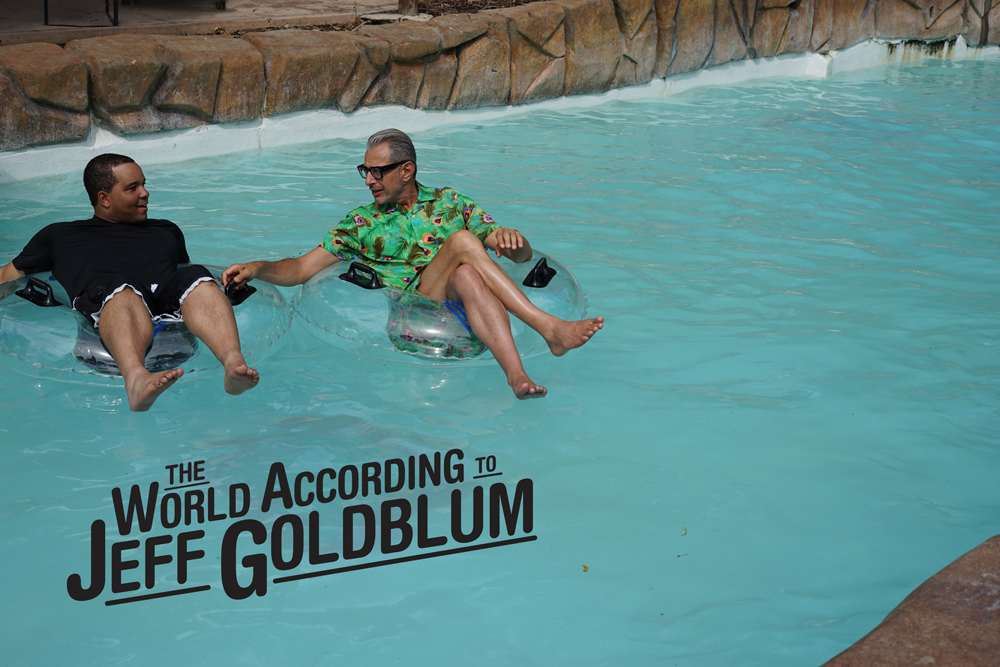 In the National Geographic original for Disney+, The World According to Jeff Goldblum, Jeff takes us on an entertaining, insightful and playful ride. In each episode of this 12-part series, he pulls on the thread of a deceptively familiar object to unravel a world of astonishing connections, fascinating science and history. From sneakers, ice cream, coffee and cosmetics to everything in between, Jeff uncovers how even the simplest things have incredible, sometimes whimsical back stories. Through the prism of Jeff’s curious and witty mind, nothing is as it seems. These ‘modern marvels’ are so commonplace, we take them for granted…but Jeff Goldblum doesn’t.

Your RSVP includes access to exclusive screener of episode one of the series.

Jeff  Goldblum is a stage, film, and television actor, as well as a musician. His debut jazz album, Jeff Goldblum & The Mildred Snitzer Orchestra The Capitol Studios Sessions, released on November 9, 2018 both internationally and in the United States by Universal’s Decca Records and The Verve Label Group, respectively. His second album, I Shouldn’t Be Telling You This, released on November 1, 2019. Both albums ranked #1 on Billboard’s jazz charts. He will reprise his role of “Dr. Ian Malcolm” in the newest Universal Pictures franchise film, “Jurassic World: Dominion,” which is slated for a 2021 release. Goldblum's  film credits include: The Mountain (2018 Venice Film Festival), Jurassic World: Fallen Kingdom, Hotel Artemis, Isle of Dogs, Thor: Ragnarok, The Grand Budapest Hotel, Le Week-End, Adam Resurrected, The Life Aquatic, Igby Goes Down, Jurassic Park, Independence Day, Nashville, The Tall Guy, Annie Hall, The Big Chill, Invasion of the Body Snatchers, Deep Cover, Next Stop, Greenwich Village and The Fly. Additionally, Goldblum directed the short film, Little Surprises, which was nominated for an Academy Award for “Best Short Film, Live Action.” On television, his credits include: Will & Grace and Portlandia. Goldblum appeared in the Lincoln Center Theatre’s production of Domesticated; The Pillowman, on Broadway; the West End’s The Prisoner of Second Avenue; and Speed the Plow, at the Old Vic Theatre.