In pursuit of a new documentary distribution paradigm, independent producer and distributor Karin Chien and strategist Gary Chou will take a step back and look at the networks involved in filmmaking and the inequities that have resulted from them to date. Through his work in supporting and seeding networks, many of them in the tech space, Gary has seen repeatedly that "success is a function of access to relevant networks.” That observation resonates loudly with Karin as it relates to documentary-making.

Join us for this digital conversation about where power sits in the film industry today and what opportunities there might be for creators to engage with it and reclaim it. 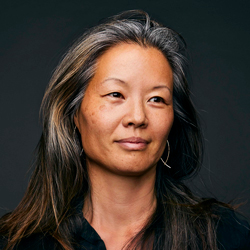 Karin Chien is an independent producer and distributor committed to bold voices and innovative forms that help build radical practices of ethical filmmaking. In February 2020, Karin began a producing collaboration with Oscar-nominated Louverture Films. Karin is the recipient of the inaugural Cinereach Producing Award, the Piaget Independent Spirit Producers Award, and a four-time nominee of the Independent Spirit Awards. Karin has produced 10 features, as well as interactive media and museum installations, all starring women and people of color. Karin is the co-founder and president of dGenerate Films, the leading distributor of independent Chinese cinema. dGenerate Films works in partnership with Icarus Films to distribute 70+ narrative and documentary films from mainland China. Karin is the founder and president of Art & Action, a global production company specializing in shoots in Europe and Asia. Karin is the creator and director of the Nevada City Film Festival Filmmaker Residency program, which focuses on supporting Native and Asian creative producers. 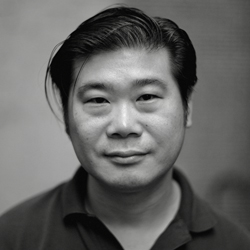 Gary Chou is the founder of Orbital, a studio for building networks. Previously, Gary was General Manager at Union Square Ventures where he created the USV Network, and Faculty at School of Visual Arts MFA in Interaction Design program where he co-taught Entrepreneurial Design. In addition to working in a variety of consumer and enterprise tech startups, he's also been a supporter of independent creators as executive producer of multiple award-winning films and a backer over 150 Kickstarter projects. Gary is also the host of the podcast, I Drink Two Beers and Try to Tell You How to Run Your Company.