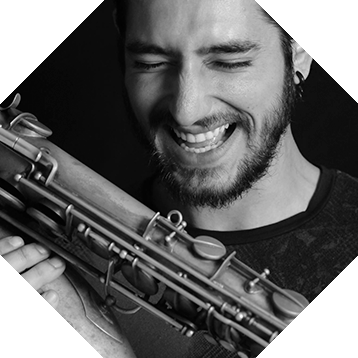 Fernando Arruda is a sound designer, engineer, and composer for the weekly national public radio show & podcast Reveal. Prior to joining Reveal, Arruda toured as an international performer and taught music technology at Dubspot and ESRA International Film School. He co-founded a scoring boutique called Manhattan Composers Collective and worked at Antfood, a creative studio geared towards music and sound design for media. Arruda worked with clients such as Marvel, Samsung, Google, and studios such as Trollbäck, Buck, and VICE. Arruda releases experimental music under the alias FJAZZ and has performed with many jazz, classical and pop ensembles such as Krychek, Dark Inc., and Art&Sax. His credits in the podcast and radio world include NPR’s 51 Percent and from WNYC: Bad Feminist Happy Hour, Death Sex & Money, and a live broadcast of Orson Welles’ The Hitchhiker. Arruda has scored extensively for theatrical, orchestral and chamber music formats, some of which have premiered worldwide. His work has been recognized by a duPont, 2 Peabodys, Selden Ring, Third Coast, IRE, Edward R. Murrow, RTDNA, The National Headliner, AMP, and Best of the West awards. He holds degrees in Jazz and History and a master’s degree in film scoring and composition.