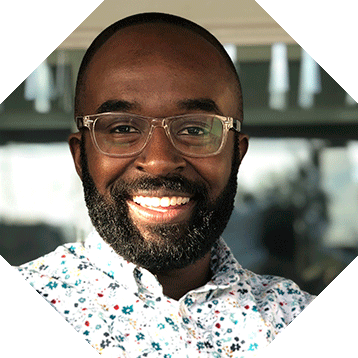 John Asante is a curious producer devoted to crafting stories that bring light to underserved communities. Currently, he’s the Managing Producer at Neon Hum Media, a podcast production company based in downtown LA. Before that, John developed, produced, and launched several podcasts as a Senior Producer at Stitcher, including Dear Franklin Jones, Sold In America, and Just Between Us. His work has also been heard on WNYC's The Takeaway and There Goes The Neighborhood; NPR's Talk of the Nation, Ask Me Another, Morning Edition, and Tell Me More.

In his spare time, John hosts Play It Back, an independent podcast where creatives tell stories about the songs that have changed your life. Forever he loves his hometown of Atlanta, yet he loves exploring Los Angeles.