The past year has exposed long-standing fissures in the documentary ecosystem. Although the phrase “Golden Age of Documentary” gets bandied about, the narrative and economic wealth of this industry are inequitably divided. The challenges of the pandemic, the uprising for racial justice, and an economic recession have made inequities more clear and the status quo is not sustainable. And yet, we face tremendous opportunities for documentaries in the streaming media age. If we are to build documentary structures for the future, we must understand more about challenges and opportunities. Where is the abundance and where is the scarcity?

This panel will discuss research as a tool for reparative action in our documentary field. From the Center for Media & Social Impact’s the State of the Documentary Field 2020 study and the Ford Foundation’s Beyond Inclusion to more informal membership scans, we will hear about a spectrum of field-led research efforts and the activism it inspires. Researchers and activists will discuss a range of research methods and strategies for putting the results to work for change. 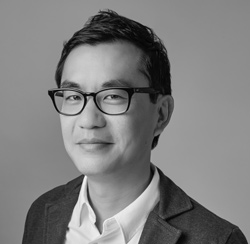 Chi-hui Yang is a Senior Program Officer for Ford Foundation’s JustFilms initiative, a global effort that supports filmmakers and organizations whose work addresses the most urgent social issues of our time. Yang has also worked extensively as a film curator and educator, including work with: San Francisco International Asian American Film Festival, MoMA’s Documentary Fortnight and the Flaherty Seminar. 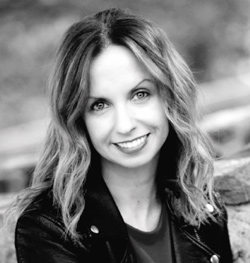 Caty Borum Chattoo is an award-winning book author, researcher, producer, and lab director who works at the intersection of media and social change, with a focus on documentary, entertainment storytelling, and comedy. She directs the Center for Media & Social Impact, an innovation lab and research center based at American University. Her documentary book, "Story Movements: How Documentaries Empower People and Inspire Social Change" (Oxford University Press, 2020), won the 2021 Broadcasting Education Association Book Award, given annually to an outstanding book in the media and broadcasting field, and it was positively reviewed in Documentary magazine and other public and peer-reviewed film publications. She directs the biennial "State of the Documentary Field" research initiative and other studies that serve the documentary field. In 2020, she was named by DOC NYC as one of the inaugural 16 New Documentary Leaders for her contribution and projected future positive impact. 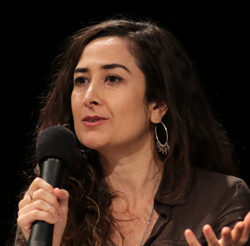 Sahar is a documentary impact and engagement strategist, educator, researcher, and advocate. In her work, she helps filmmakers, funders, and movement leaders advance their strategic use of film to strengthen their efforts. She has worked at Active Voice, where she directed campaigns and projects to influence public discourse and change related to immigration, racial justice, worker advocacy and more; as a consultant to the Hartley Media Impact Initiative at Auburn, piloting new impact models at the intersection of faith and film; as a researcher for the Ford Foundation’s JustFilms, authoring the report “Beyond Inclusion: The Critical Role of People of Color in the U.S. Documentary Ecosystem”; and with Firelight Media, supporting grantmaking and impact for filmmakers and impact producers from racially and ethnically underrepresented communities. Sahar is a second-generation Iranian-American who studied post-colonial anthropology, which turns the anthropological gaze back onto colonizers to understand how power and privilege shape meaning-making today. 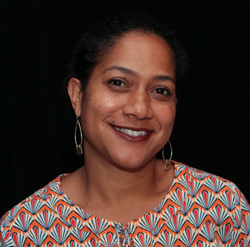 Sonya Childress has positioned film as a tool to shift narratives and support social justice movement building for over 20 years. Sonya currently serves as a Senior Fellow with the Perspective Fund, a philanthropic resource for documentary film and impact campaigns, where she conducts field-building research, writing and convenings. A veteran cultural strategist, Sonya served as the Director of Partnerships and Engagement for Firelight Media, where she led impact campaigns for veteran director Stanley Nelson’s films. She has led impact campaigns and advised countless filmmakers on their impact and theatrical strategies. Sonya held staff and consulting positions at Active Voice, California Newsreel, Kartemquin Films, ITVS and Working Films. She founded Firelight’s Impact Producer Fellowship, a yearlong mentorship and training program for impact producers of color. A graduate of UC Berkeley, she is a frequent speaker, funding panelist, and was an inaugural 2015 Rockwood JustFilms fellow. Sonya is a trustee of The Whitman Institute, which advances social, political, and economic equity through Trust-Based Philanthropy. Sonya resides in Los Angeles. 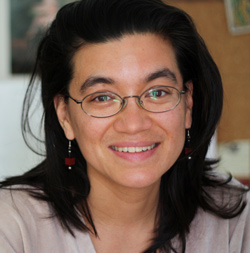