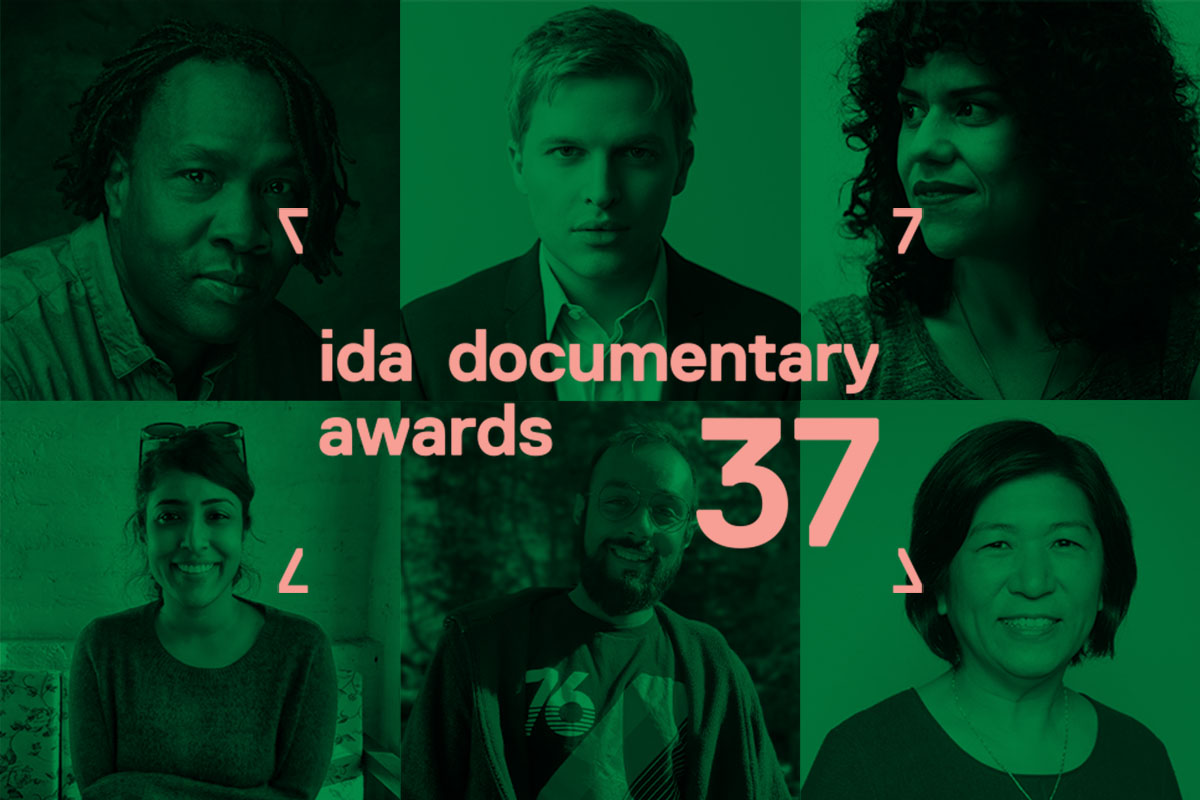 The nominees for all IDA Awards categories will be revealed on Monday, November 15, 2021. The 2021 awards ceremony will take place Saturday, February 5, 2022 at Paramount Studios.

This year, IDA will honor:

The Career Achievement Award is presented to an individual whose body of work has made a major and lasting contribution to the documentary form. Bursting onto the nonfiction world in 2010 with the short documentary Music by Prudence, 2021 honoree Roger Ross Williams became the first African American director to win an Academy Award. Roger went on to direct a number of acclaimed films including Oscar-nominated Life, Animated, God Loves Uganda; Emmy-nominated VR documentary Traveling While Black; and the Emmy-winning The Apollo. Since 2016, Williams has been on the Board of Governors of the Academy of Motion Picture Arts and Sciences representing the Documentary Branch and is also Chair of the Documentary Diversity Committee.

In response to the honor, Williams says

"As someone who for a long time felt like an outsider, It’s the greatest honor to be recognized by an organization of my peers. Thank you IDA for giving a voice to BIPOC creators and production companies."

The Truth to Power Award recognizes an individual or institution that has shown conspicuous fortitude, tenacity and resoluteness in holding those in power to account. Journalist Ronan Farrow has dedicated his life's work to exposing the sexual abuse of powerful men from Harvey Weinstein to Brett Kavanaugh. In Catch and Kill: The Podcast Tapes, Farrow interviews everyone from whistleblowers to survivors, private investigators to journalists. The series shows not only Farrow’s efforts to bring these predators to justice but also illuminates his work to expose some of the most powerful institutions that defend them.

"I'm an admirer of the International Documentary Association's work championing filmmakers’ first amendment rights and I so appreciate that they've chosen to recognize Catch and Kill: The Podcast Tapes,” says honoree Ronan Farrow. “This series wouldn't exist without Nancy Abraham, Lisa Heller and their team at HBO—or our filmmakers, Randy Barbato and Fenton Bailey, and the many creative people they worked alongside at World of Wonder. And the reporting in it wouldn't have seen the light of day without the sources who put so much on the line to out the truth.”

The Pioneer Award acknowledges those who have made extraordinary contributions to advancing the nonfiction form and providing exceptional vision and leadership to the documentary community. With a career spanning over 35 years, Jean Tsien is an veteran editor with credits including Oscar-nominated Scottsboro: An American Tragedy, Peabody Award-winning Malcolm X: Make It Plain, Travis, and Solar Mamas, and more recently Dixie Chicks: Shut Up & Sing, Miss Sharon Jones!, and The Apollo. Tsien is an advocate of Asian American media and has executively produced Plastic China, The Road to Fame, Please Remember Me, People’s Republic of Desire, All in My Family, Our Time Machine, and PBS’ Asian Americans. As a mentor of emergent talent, Tsien has served as an advisor at the Sundance Institute Edit and Story Lab, Camden/TFI Retreat, Catapult/True False Rough Cut Retreat, Chicken & Egg Pictures (Egg)celerator Lab, CNEX Chinese Documentary Forum, Dare to Dream Asia, Hot Docs Blue Ice and Cross Currents Labs, IDFAcademy, and IFP Lab.

“This award reflects the generosity and kindness of the many great documentary legends before me,” says Pioneer Award honoree Jean Tsien. “I hope to pass this along to those who are just starting out, so that they can see possibilities through me. I also want to share this honor with all the members of A-Doc and the Undocumented Filmmakers Collective, both of which were born at the IDA Getting Real conference.”

The Emerging Documentary Filmmaker Award is given to a filmmaker who by virtue of their early work shows extraordinary promise in exploring the possibilities of the nonfiction art form. The honor and a $5,000 unrestricted grant is presented to Cecilia Aldarondo this year. Aldarondo’s most recent film, Landfall, was the winner of the 2020 DOC NYC Film Festival Viewfinders Grand Jury Award for Best Documentary, and was nominated for Cinema Eye and Independent Spirit Awards. Both Landfall and Aldarondo’s first feature, Memories of a Penitent Heart, premiered at Tribeca Film Festival and aired on POV.

The Courage Under Fire Award is presented each year to a documentarian that takes incredible personal risks to bring us essential stories. Our 2021 honorees, Rintu Thomas and Sushmit Ghosh, did exactly this with their documentary Writing With Fire, which told the story of India's only newspaper run by Dalit (‘low caste’) women. In documenting the stories of these women, Thomas and Ghosh followed them into some of the deadliest regions for both journalists and women in the country, emulating the bravery of the journalists they were covering. The film won the Audience Award and Special Jury Award: Impact for Change at Sundance earlier this year.

The 2021 IDA Documentary Awards is sponsored by Participant and SHOWTIME® Documentary Films.