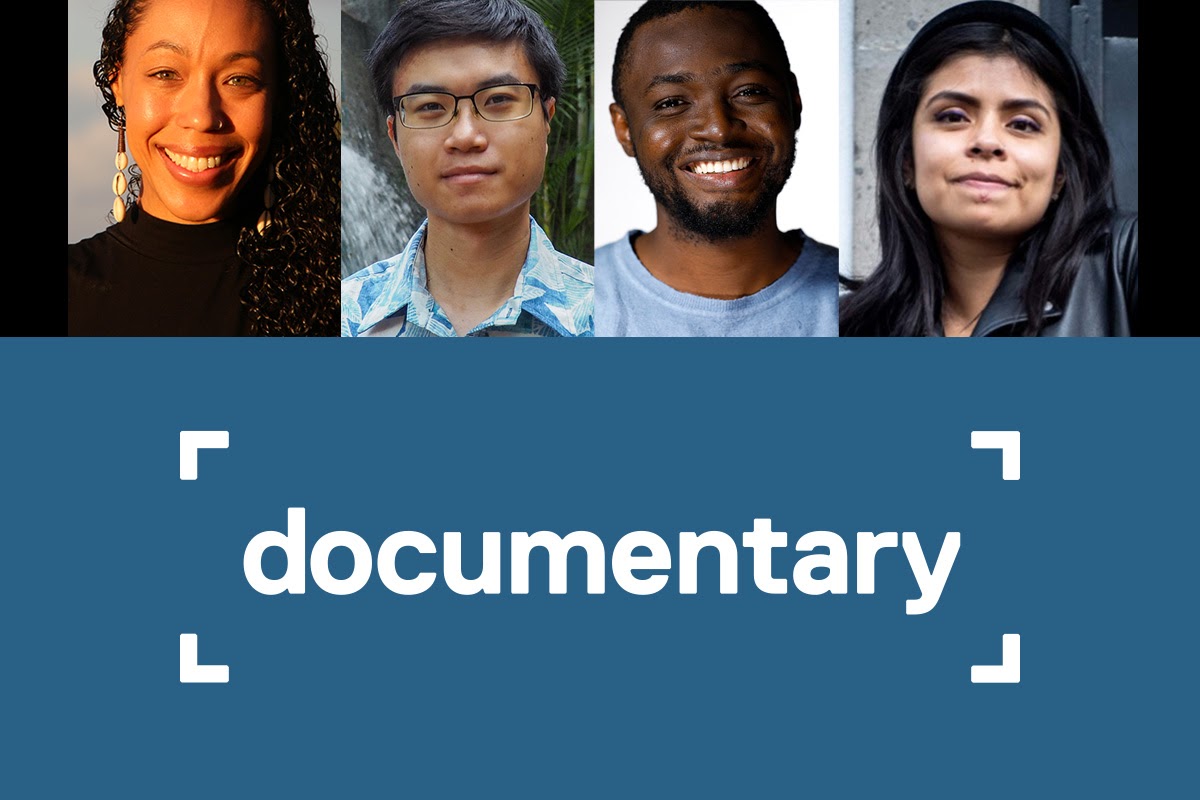 Los Angeles, CA (December 14, 2021) - The International Documentary Association (IDA) announced the four emerging writers who will participate in the Documentary Magazine Editorial Fellowship Program. This is the second edition of the fellowship, funded in part by grants from the National Endowment for the Arts and the Hollywood Foreign Press Association.

Documentary magazine is the only US publication dedicated solely to documentaries. The magazine attracts an annual international readership that includes over 345,000 filmmakers, producers, distributors, exhibitors, commissioning editors, funders, educators and students, and fans of nonfiction. Available online and in print, Documentary is distributed to the IDA membership; to bookstores and newsstands in major cities throughout the US, Canada and UK; at top-tier and independent festivals; and in university, institution and public libraries.

The fellowship is designed to enhance opportunities for writers from underserved and underrepresented communities and broaden perspectives covering the nonfiction form. Fellows will participate in IDA’s editorial planning process led by Editor Tom White and Managing Editor Bedatri Datta Choudhury, receive a quarterly stipend to write articles for the publication, partake in eight mentorship sessions with documentary industry leaders , and attend the Getting Real Documentary Film Conference in September 2022. Previous fellows wrote on topics such as the Puerto Rican documentary community, the Undocumented Filmmakers Collective, disability aesthetics, and the documentary work of the Uyghur people in China.

“We are grateful to the NEA and the Hollywood Foreign Press Association for supporting the second edition of the Documentary Magazine Editorial Fellowship,” said Tom White, editor of Documentary magazine. “We aim to deliver a publication that is a platform and a forum in which the documentary ecosystem can take ownership, and the Fellowship Program is a vital means to that aim in growing a corps of both writers and readers from BIPOC, LGBTQ+ and disabled communities.”

As a freelance writer and emerging documentary producer, Imani Altemus-Williams is passionate about collecting stories that illustrate the collective experiences of colonized peoples. Her writing has been featured in National Geographic, Intercontinental Cry Magazine, Seventh Native American Generation Magazine and The New School Free Press.

Raised in Honolulu, Hawai‘i, Imani received a BA in Global Studies from the New School University and a MA in Indigenous Journalism at the Sámi University of Applied Sciences. Imani currently works at Ho'omaluhia, the Hawaiʻi-Pacific branch of the Institute on Violence, Abuse and Trauma. She serves on the board of directors of The Pōpolo Project and Hawai‘i Women in Filmmaking.

Emerson Goo is a deaf writer and critic from Honolulu, Hawaiʻi. His interests span film, design, and the environment, especially concerning the Pacific. He is an advocate for accessibility and the inclusion of disabled perspectives in both filmmaking and the built environment professions. Emerson has interned at the Honolulu Museum of Art’s Doris Duke Theatre and the Hawaii International Film Festival, and has written for publications such as Screen Slate, Sentient.Art.Film, MUBI, and Hyperallergic. He is also currently pursuing a landscape architecture degree at Cal Poly, San Luis Obispo.

Wilfred Okiche is a Nigerian film critic and occasional programmer. His writing has appeared in Variety, IndieWire, Filmkrant and Senses of Cinema, among other publications. A member of FIPRESCI, Okiche has attended critic programs such as Talents Durban and reported from film and theatre festivals in Locarno, Rotterdam, Stockholm and Sundance. He has worked on the selection teams for the Encounters International Documentary Festival in South Africa, the Africa International Film Festival (AFRIFF) and Berlinale Talents.

Born and raised in Mexico City, Mariana Sanson has worked as a film festival producer, international guest coordinator, and national volunteer liaison. She is deeply interested in women’s representation, documentary intersectionality, working towards the creation of a more equitable documentary industry, and society’s relationship with media. Mariana holds an undergraduate degree from Universidad Nacional Autonoma de Mexico and a Masters in Media Studies from The New School. She is currently the Communications Assistant and Graphic Designer at Chicken & Egg Pictures and resides in New York City.