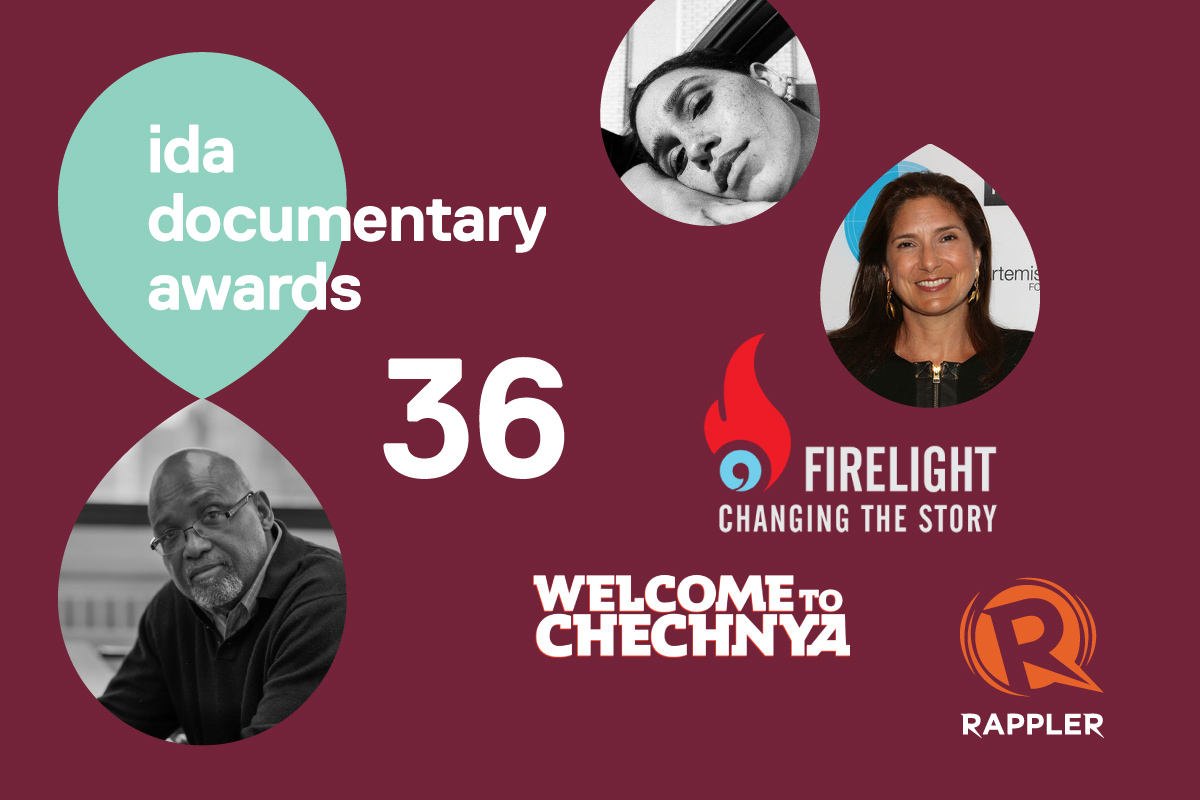 Los Angeles, CA (Tuesday, November 10, 2020) – The International Documentary Association (IDA) has announced the 36th Annual IDA Documentary Awards honorary awards recipients. The shortlists for Best Feature and Best Short categories were released in late October. The nominees for all categories will be revealed on Tuesday, November 24. The 2020 Awards will be presented in a digital ceremony in January 2021.

IDA’s executive director, Simon Kilmurry said: “If we have learned anything from this tumultuous year it is the fundamental and critical importance of speaking the truth. Without that, democracies are undermined, the corrupt thrive and the marginalized are crushed. All of this year’s honorees are dedicated to speaking the truth and nurturing and supporting the brave filmmakers and activists who continue to shine a light into the darkest corners. We thank them for their work.”

The Career Achievement Award is presented to an individual film or video maker who, through a body of work, has made a major and lasting contribution to the documentary form. This year’s honoree is Sam Pollard, whose accomplishments as a feature film and television video editor, and documentary producer/director are without parallel. His most recent film MLK/FBI premiered at the 2020 Toronto International Film Festival. Between 1990 and 2010, Pollard edited a number of Spike Lee's films including Mo' Better Blues, Jungle Fever, and Bamboozled. Pollard and Lee co-produced a number of documentary productions for the small and big screen, including Four Little Girls which was nominated for an Academy Award and When The Levees Broke, a four-part documentary that won a Peabody and three Emmy® Awards. Since 2012 he has completed as a producer/director Slavery By Another Name, August Wilson: The Ground On Which I Stand, Two Trains Runnin’. His film Sammy Davis Jr., I’ve Gotta Be Me premièred at the 2017 Toronto International Film Festival. In 2019, Mr. Pollard co-directed the six-part series Why We Hate that premiered on The Discovery Channel and the 2020 HBO series Atlanta’s Missing and Murdered: The Lost Children.

The Emerging Documentary Filmmaker Award is given annually to a filmmaker who by virtue of his or her early work shows extraordinary promise in exploring the possibilities of the nonfiction art form. The 2020 honoree is Garrett Bradley, whose luminous film Time has won numerous prizes including the Sundance 2020 Best Director Award in the U.S. Documentary Feature Competition. Bradley previously won the Sundance 2017 Jury Prize for The New York Times Op-Docs short film Alone, which went on to be shortlisted for the 2018 Academy Awards®. Bradley works across narrative, documentary and experimental modes of filmmaking to address themes such as race, class, familial relationships, social justice, Southern culture and the history of film in the United States.

IDA’s Amicus Award honors individuals or organizations in recognition of their work supporting the essential needs of the nonfiction media landscape. Regina K. Scully is the founder and CEO of Artemis Rising, an organization dedicated to transforming our culture through media, arts and education. She is an Emmy® and Peabody-winning producer whose over 200 documentary films have focused on some of the most pressing social justice issues of our time—gender-parity, the achievement gap, and trauma recovery. Her credits include Won’t You Be My Neighbor, The Invisible War, and After Tiller.

The Pioneer Award acknowledges those individuals who have made extraordinary contributions to advancing the nonfiction form and providing exceptional vision and leadership to the documentary community. IDA honors Firelight Media, the premier destination for nonfiction cinema by and about communities of color. Firelight films have garnered multiple Primetime Emmys®, Peabodys, and Sundance Film Festival awards. Among them, The Black Panthers: Vanguard of the Revolution and Freedom Riders. Firelight’s programs include the Documentary Lab, an 18-month fellowship that supports emerging filmmakers of color; and Groundwork, regional labs which support early-stage filmmakers in the American south, midwest, and U.S. Territories.

For their incredible bravery in telling the story of LGBT+ activists, the Courage Under Fire Award will be given to Welcome To Chechnya filmmaker David France and his team as well as the activists featured in the film: David Isteev (Crisis Response Coordinator, The Russian LGBT Network) and Olga Baranova (Director, Moscow Community Center for LGBT+ Initiatives), and all those who work with them.

The Truth to Power Award, launched last year, recognizes an individual or institution that has shown conspicuous fortitude, tenacity and resoluteness in holding those in power to account. Filipino-American journalist Maria Ressa co-founded the Philippines-based online news network Rappler that has relentlessly held the powerful to account despite unyielding pressure and threats of imprisonment. As depicted in Ramona S. Diaz’s A Thousand Cuts, Ressa and the Rappler’s journalists work illustrates the fundamental importance of a free press.