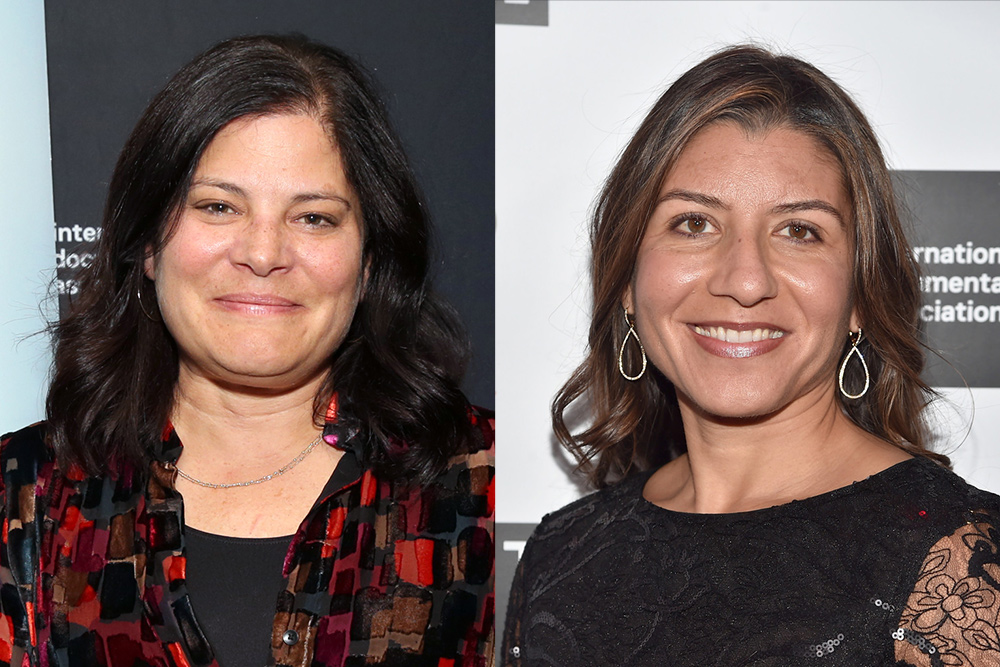 Los Angeles, CA (March 10, 2020) - The International Documentary Association (IDA) announced the appointment of Bonni Cohen and Jannat Gargi as new members of its Board of Directors.

“We are thrilled that Bonni Cohen and Jannat Gargi have joined the IDA Board of Directors,” said Simon Kilmurry, executive director of IDA. “IDA has grown a lot in the last few years and the depth of experience, wisdom and passion that Bonni and Jannat will bring to the Board will help ensure that IDA continues to grow and serve a broad community of filmmaking professionals.”

“I am thrilled to be joining the IDA Board of Directors during such an important and thriving time for documentary films,” said Cohen. “I look forward to supporting the work that IDA has done in the last few years to bring more funding and support to documentary filmmakers. Adding working filmmakers to the Board is essential to the growth of the organization as it seeks to build and intricately understand the needs of the international filmmaking community”

“I am deeply honored to join the esteemed IDA Board to help support the vital and necessary work of our global documentary film community,” said Gargi. “I care deeply about the important role of IDA in not only defending rights and freedoms for nonfiction storytellers but in providing financial and educational programs that help build a thriving documentary culture. I’m excited to help support IDA in realizing its vision and goals.”

Bonni Cohen is an award-winning director, producer and co-founder of the Catapult Film Fund, which supports the development of documentary films with funds and mentorship. Cohen co-directed An Inconvenient Sequel: Truth to Power which was selected to be the opening night film of the 2017 Sundance Film Festival, distributed by Paramount Pictures, short-listed for the 2018 Oscars and nominated for a 2018 BAFTA for Best Documentary. In 2016 she co-directed and produced the Peabody Award-winning film Audrie & Daisy, which premiered in competition at the 2016 Sundance Film Festival and was picked up as a Netflix Original. In addition to her directing work, Cohen served as producer on The Island President, winner of the 2011 Toronto International Best Documentary. Her work as producer and director on The Rape of Europa earned her PGA and WGA Award nominations and was short-listed for the Oscars. In addition, Cohen produced Jon Else’s 2007 Sundance Film festival documentary, Wonders are Many and together with Else co-directed Inside Guantanamo, which was nominated for an Emmy for Best Documentary in 2009. Cohen recently executive-produced the 2020 Oscar-nominated Life Overtakes Me, as well as 3.5 Minutes and Art and Craft, both of which were selected for the Oscar shortlist in 2015. Cohen runs Actual Films in San Francisco with husband and film partner, Jon Shenk.

Prior to joining Vulcan Productions in 2014, Gargi served as vice president of Alpha Cine Labs, helping grow a boutique film lab into one of the premiere independent film labs in the country. She supported the theatrical release of many notable films including Beasts of the Southern Wild; Waste Land; Born Into Brothels; Taxi to the Dark Side; Jesus Camp; Iraq in Fragments; Trouble the Water; Crude; My Country, My Country; Street Fight; Page One: Inside The New York Times; The Most Dangerous Man in America: Daniel Ellsberg and the Pentagon Papers; Freeheld; The Blood of Yingzhou District; No End in Sight; Your Sister’s Sister; Humpda; Compliance and Safety Not Guaranteed.

Gargi serves as the co-chair of The Redford Center, a nonprofit that harnesses the power of media to engage people and galvanize environmental action and is on the Board of Directors for Washington FilmWorks. She was born and raised in Punjab, India, and currently lives in Seattle, Washington, with her husband and two sons.

With a global membership of nearly 4,000 professionals, the International Documentary Association supports filmmakers through education, training and advocacy. IDA grants over $1.2 million annually in development and production support through its IDA Enterprise Documentary Fund and other grant programs. IDA’s biennial Getting Real conference will be held in Los Angeles September 22-24, 2020, gathering over 1,000 filmmakers and industry professionals.