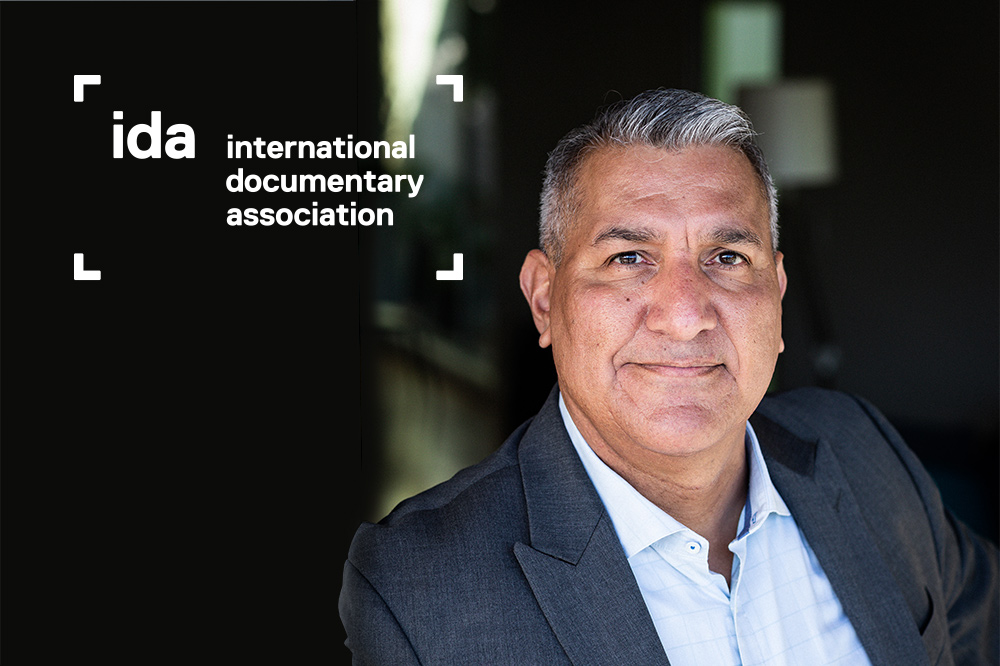 Los Angeles, CA (May 13, 2021) - The International Documentary Association (IDA) has announced that Richard Ray Perez has been appointed as the organization’s Executive Director. Perez, who assumes the position immediately, succeeds Simon Kilmurry, who served as Executive Director since 2015.

"Rick" Perez is a nonfiction film strategist and documentary filmmaker whose work focuses on the convergence of storytelling, thought leadership, and themes vital to contemporary societies.

Most recently, he served as the Director of Acquisitions and Distribution Strategies at GBH | WORLD Channel where he curated and acquired documentary film projects for the platform’s three original series.

Prior to his position at WORLD Channel, Mr. Perez was Director of Creative Partnerships at Sundance Institute where he developed, designed, and led artist-based filmmaking programs, including Stories of Change, a multi-million-dollar Sundance Institute partnership with the Skoll Foundation that supported the development and production of 46 documentary, fiction, virtual reality, and episodic storytelling projects. He also designed and led the Institute's Documentary Story and Edit Lab in Beijing, a program that advanced the work of independent filmmakers in China by providing creative mentorship and grants to lab participants.

Mr. Perez is a frequent public speaker on the subject of nonfiction film, moderates panel discussions on independent filmmaking, and leads workshops on documentary storytelling. He also mentors filmmakers throughout the world, including artists traditionally underrepresented in the field of non-fiction cinema. Rick Perez is a native of Los Angeles and holds a Bachelor of Arts degree in Visual and Environmental Studies from Harvard University.

“We are thrilled to welcome Rick into the IDA family. We strongly believe that Rick is uniquely qualified to lead the IDA through these continued extraordinary times where our voice in the field, as well as the depth of resources we offer to the documentary community as a whole, will matter even more,” said IDA Board President, Brenda Robinson. “We were all fortunate to have Simon Kilmurry with us during these past six very meaningful years, as his leadership has truly been transformative for the IDA. Simon has laid the groundwork for a solid foundation that all of us can continue to build upon. In that regard, he leaves a lasting legacy that truly changed the course of the IDA towards an even more promising future.”

“I am excited and honored to lead the IDA at this pivotal moment where the work of nonfiction filmmakers is increasingly vital to the health and wellbeing of societies,” said Perez. “I look forward to leading a talented team to support and advocate for documentary filmmakers and engaging partners and collaborators across the field to foster a vibrant, equitable industry responsive to these times.”

Founded in 1982, the IDA serves the global documentary community through a broad range of educational and professional development programs. Through its funding programs, including the IDA Documentary Enterprise Fund, the Pare Lorentz Documentary Fund, the IDA Netflix Global Emerging Filmmaker Award, and the recently announced IDA+XRM Media Incubator, the IDA provides over $1million in annual grants to filmmakers along with a suite of support services. IDA’s Fiscal Sponsorship helps filmmakers raise over $10 million annually for documentary projects.

IDA’s advocacy and field-building efforts are an integral part of IDA’s mission. Through issuing call-to-actions, leading campaigns, and conducting field research, IDA has been involved in urgent causes such as defending fair use and government arts funding, as well as filmmakers’ free speech rights. IDA’s flagship biennial conference, Getting Real, is the largest gathering of documentary makers in the US, leading conversations on diversity, equity and sustainability in the documentary industry.

The annual IDA Documentary Awards is the largest and most prestigious awards show dedicated exclusively to nonfiction storytelling. Documentary magazine and documentary.org provides a vital space for coverage of the field.