11 Questions investigates one of the most lethal yet often invisible forms of domestic violence, a growing crisis told through the stories of those fighting to bring it to light. 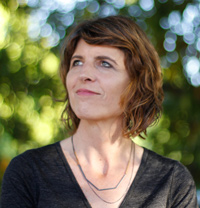 Cassandra Herrman is an award-winning documentary filmmaker and journalist.  Her films have been nominated for three national Emmy awards and have screened­ at numerous film festivals, including SXSW and Sundance. She directed and produced the Emmy-nominated documentary Tulia, Texas, co-produced with ITVS and broadcast on PBS’ Independent Lens, about a town torn apart by the racial injustices in America’s War on Drugs. She is drawn to stories that explore the intersection of the criminal justice system with gender and race, as well those that disrupt mainstream media representations.  She is currently serving as the Interim Head of Documentary Production at the UC Berkeley Graduate School of Journalism, where she has taught as a lecturer over the past decade, and where she received her master’s degree.  Her immersive storytelling work includes What They Carried, an intimate augmented reality experience on the confiscated personal belongings of migrants crossing the US/Mexico border, winner of the Online News Association award for Excellence and Innovation in Visual Digital Storytelling; and After Solitary, a collaboration between Emblematic Group and PBS’ Frontline, honored with the Jury Award for Room Scale VR at SXSW as well as ONA’s Excellence in Immersive Storytelling Award.  Her independent feature documentary, When I Say Africa, about the Western fascination with “saving” Africa, is currently in post production.