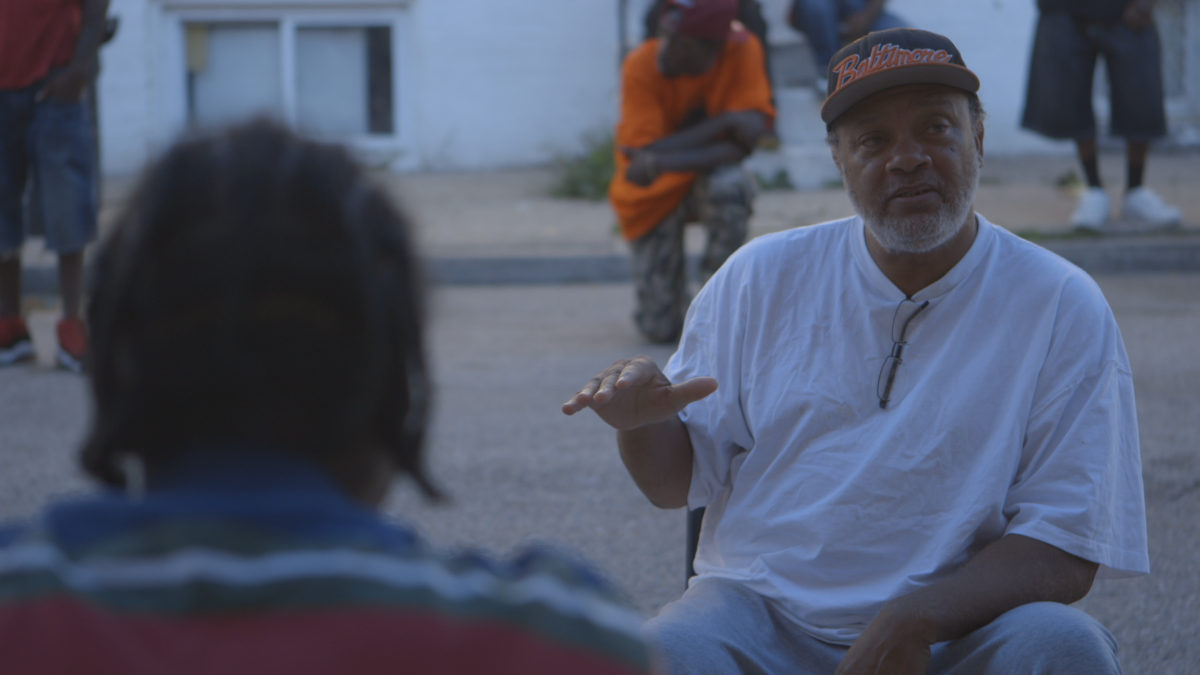 a few Black male Baltimore residents sit together in conversation

During three years of unparalleled violence in Baltimore, Charm City delivers an unexpectedly candid, observational portrait of those left on the frontlines. With grit, fury, and compassion, a group of police, citizens, and government officials grapple with the consequences of violence and try to reclaim their future.

Marilyn Ness is a two-time Emmy, Peabody, and DuPont Award-winning filmmaker, is a member of the Academy of Motion Picture Arts and Sciences and works as a producer and a director. Her most recent film, Cameraperson (dir. Kirsten Johnson) premiered at Sundance 2016, was released by the Criterion Collection and was shortlisted for the 2017 Academy Awards. Trapped (dir. Dawn Porter), which premiered at the 2016 Sundance Film Festival, received the Jury Prize for Social Impact Filmmaking, broadcast on PBS, and was awarded a Peabody. She also produced Katy Chevigny and Ross Kauffman's feature documentary E-Team, which premiered at Sundance Film Festival in 2014 and was bought by Netflix Original, and later earned two Emmy nominations. Ness also produced Johanna Hamilton's feature documentary 1971 which premiered at Tribeca Film Festival 2014, broadcast on Independent Lens in 2015, and earned an Emmy nomination.

Katy Chevigny is an award-winning filmmaker and co-founder of Big Mouth Productions. Most recently, she directed one of the storylines in Kartemquin Film’s documentary series Hard Earned, winner of a 2016 Alfred I. DuPont Award, which explores the lives of five American families struggling to get by in today's economy. She co-directed (with Ross Kauffman) the Emmy-nominated documentary E-Team, which premiered at the 2014 Sundance Film Festival. Chevigny has produced and/or directed 12 critically acclaimed feature-length documentary films through Big Mouth, including Deadline, Election Day and also 1971 with Marilyn Ness. Her work has won multiple awards, been broadcast on networks including PBS, NBC, HBO, Netflix, Arte/ZDF and has played at festivals around the world.