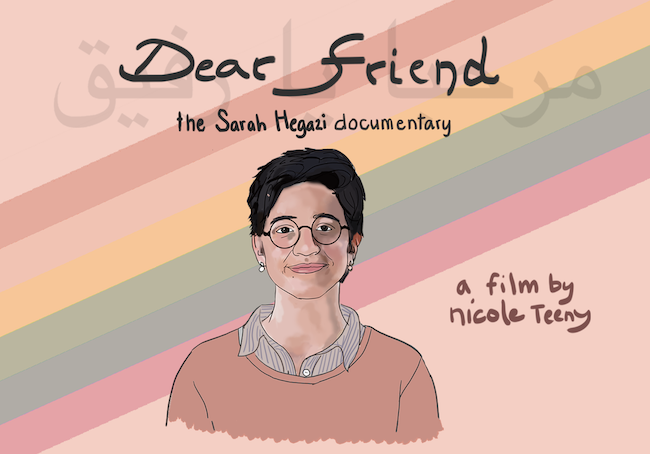 Sarah Hegazi was an Egyptian LGBTQ, feminist, and political activist. She was among the first to publicly raise the rainbow flag in Egypt but the act cost her imprisonment, torture, and ultimately her life. This partially-animated documentary tells her story through fellow activists and the diary entries she left. 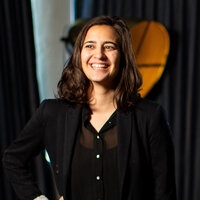 Nicole Teeny (Filmmaker & Illustrator) - Having grown up in a community with censorship, Nicole began NYU film school having only seen one R rated film. At NYU she made her first doc Bible Quiz about that community. It went on to win the Slamdance Grand Jury Award along 9 other festival awards, had a 7 city theatrical release, played on Netflix, Kanopy, Sundance Channel in 20+ countries, and was selected for the State Dept’s “American Film Showcase”. LA Times said it was “Smart, funny, and disarming”. Nicole’s narrative short script Public Pool was in the Berlinale Talent short lab and won 5 screenplay awards. Her documentary Bulletproof Stockings is currently in post-production and won the Doc-a-chusetts Pitch, LEF Moving Image grant, and Cambridge arts grant. Her experimental short doc The Writer exhibited at the Viennale and over 50 international galleries and museums. Nicole has collaborated with The HuffPost, Bloomberg News Video, and MIT Media Lab and done residencies at VCCA, Brush Creek Arts Foundation, Arts Kibbutz.