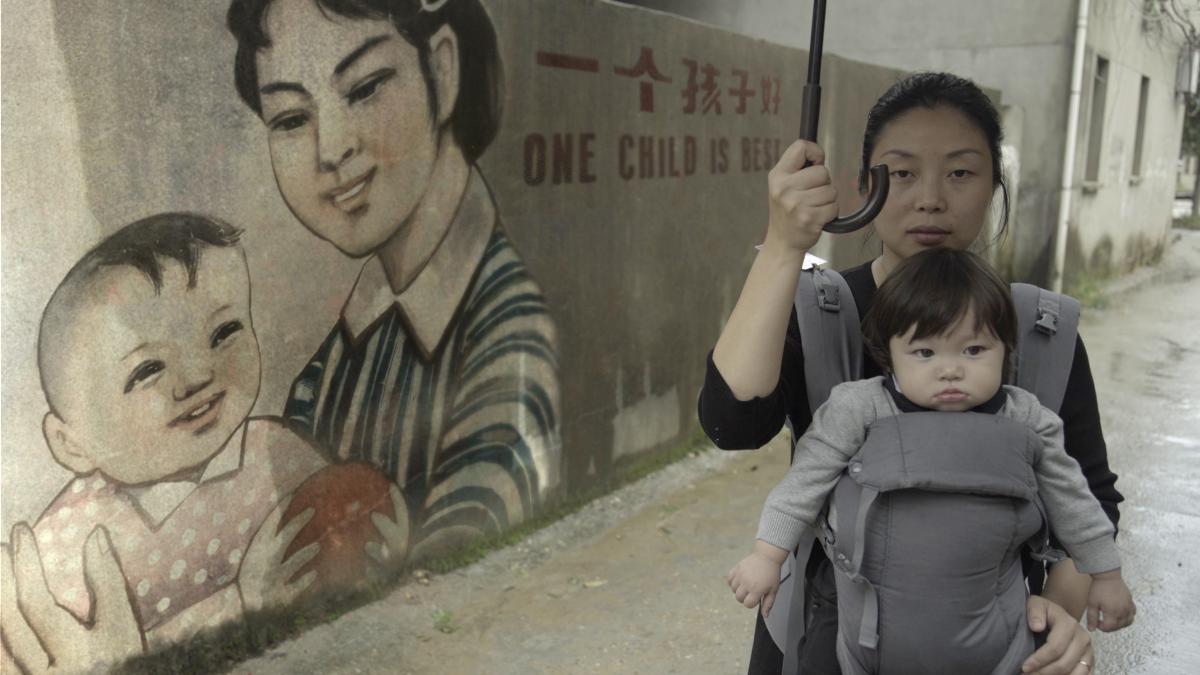 After becoming a mother, a filmmaker uncovers the untold history of China’s one-child policy and the generations of parents and children forever shaped by this social experiment.

Nanfu Wang is a Peabody award-winning filmmaker based in New York City. Wang’s feature debut Hooligan Sparrow premiered at Sundance 2016 and was shortlisted for the 2017 Academy Award for best documentary feature. Her latest feature documentary I Am Another You premiered and won two awards at the SXSW in 2017. It’s scheduled to have its theatrical release in fall 2017 with FilmRise followed by its broadcast premiere at PBS/Independent Lens in early 2018. Hooligan Sparrow opened theatrically across North America in 2016 and was later released on POV, Netflix, Amazon, and iTunes. It has won over thirty awards internationally including a Cinema Eye Honor for the Best Debut Film, the George Polk Award for the journalistic achievement, and the Truer than Fiction Award at the Independent Spirit Awards. Wang was honored by the International Documentary Association with the 2016 Emerging Filmmaker Award.

Originally from a remote village in China, Wang overcame poverty and lack of access to formal secondary education and went on to earn three master’s degrees from Shanghai University, Ohio University, and New York University in English Literature, Media Studies, and Documentary respectively.

Lynn Zhang is an independent filmmaker based in Beijing and Massachusetts. She is co-director of the feature documentary Complicit, which follows the intimate journey of a benzene-poisoned Chinese migrant worker Yi Yeting who takes on the global electronic manufacturing industry. The film premiered at Human Rights Watch Film Festival in London in March 2017. Lynn also freelances as a local producer in China for various programs and media including Vice on HBO, Fusion TV, the New York Times and independent feature documentary projects. She holds a Master’s degree from New York University in documentary filmmaking.

Julie Goldman founded Motto Pictures in 2009. She is an Oscar nominated and Emmy Award-winning producer and executive producer of documentary feature films. Julie is producer of Life, Animated and executive producer of Weiner, both of which premiered at the 2016 Sundance Film Festival. Life, Animated won the U.S. Documentary Directing Award, was released by The Orchard and has been nominated for the 2017 Academy Award. Weiner won the U.S. Documentary Grand Jury Prize, was released by IFC Films & Showtime and was shortlisted for the 2017 Academy Award. In 2016 Julie also produced and executive produced features including: The Music of Strangers, Indian Point, Solitary, Enlighten Us, Southwest of Salem and Chicken People. Previously, she executive produced Best of Enemies and several Emmy-nominated films: 3½ Minutes, The Kill Team, Art and Craft and 1971. Julie produced Gideon’s Army, Manhunt, the Oscar shortlisted God Loves Uganda, The Great Invisible, the Oscar shortlisted Ai Weiwei: Never Sorry and Buck, which was Oscar shortlisted and one of 2011’s top five grossing documentaries. Julie consulted on the Academy Award-winning The Cove and produced the Oscar shortlisted Sergio. Julie is on the Board of the Producers Guild of America (PGA) and a member of Academy of Motion Picture Arts and Sciences (AMPAS).

Christoph Jörg has been producing and commissioning documentaries for over twenty years. From 1994 to 2008, he was Senior Commissioning Editor at ARTE FRANCE in Paris. Christoph Jörg founded PUMPERNICKEL FILMS in 2009 in Paris. Since then, he has produced a wide range of award winning documentaries, working with a line-up of talented and acclaimed filmmakers, including the following feature length films for movie theaters and television broadcast: INGRID BETANCOURT: SIX YEARS IN THE JUNGLE (2010) directed by Angus Macqueen (France 2, ARD/SWR, BBC and HBO. ); BOBBY FISCHER AGAINST THE WORLD (2009) by director Liz Garbus; BE LIKE OTHERS (2009) (HBO), LOVE CRIMES OF KABUL (2012) (HBO),THE LOVERS AND THE DESPOT (2015) (Sundance Film Festival); WINNIE (2017) (Sundance Film Festival), among many others.