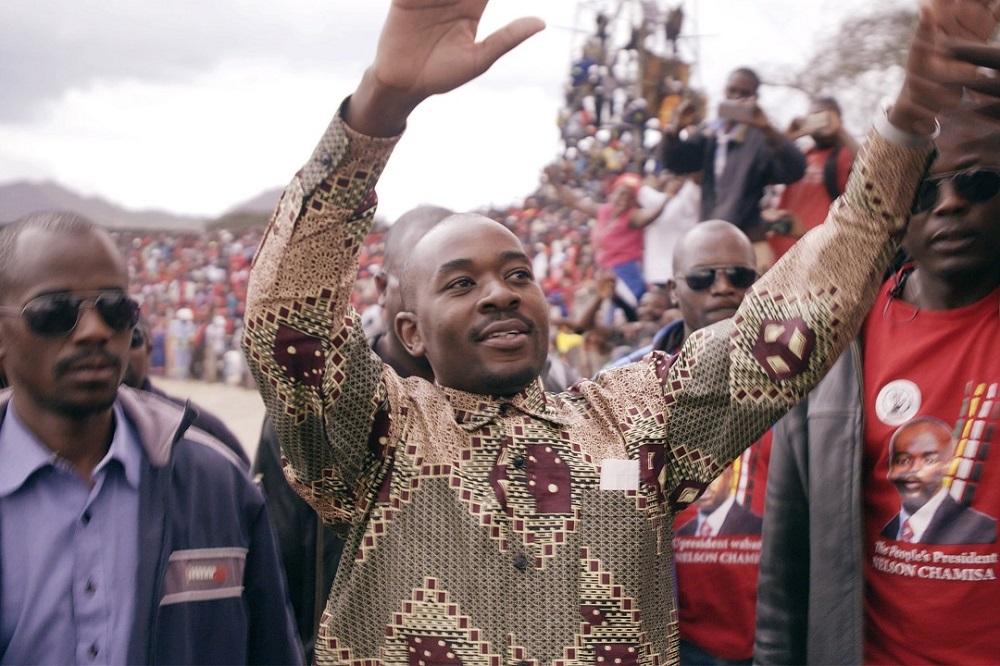 Zimbabwe is at a crossroads. The new leader of the opposition party, MDC, Nelson Chamisa, is challenging the old guard, ZANU-PF, represented by the acting president Emmerson Mnangagwa. The election will be the ultimate test for both the party in power and for the opposition. How will they interpret the principles of democracy in a post-Mugabe era – in discourse and in practice? 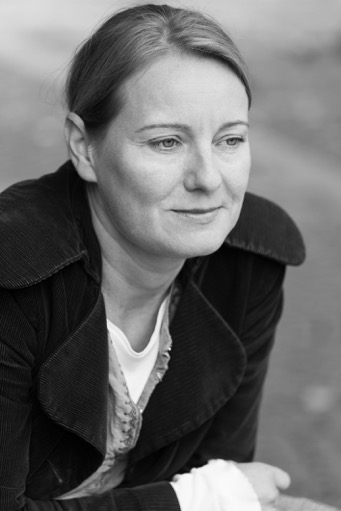 Camilla Nielsson was a Fulbright Scholar at Tisch School of the Arts, New York University (NYU), and in the Dept. of Anthropology (NYU), where she studied documentary filmmaking and visual anthropology from 1997-2000. She directed the documentary short trilogy Good Morning Afghanistan (2003), Durga (2004), and The Children of Darfur (2005), about children’s rights, and Mumbai Disconnected (2009), in the Cities on Speed series.  Since 2007, she has collaborated with Israeli video artist Yael Bartana on the trilogy We Will Be Strong in Our Weakness (Berlinale 2011, Venice Biennale 2011), and Demonstrators (2011), for the exhibition Re:Constructed Landscapes (Danish National Gallery / SMK). She is currently artistic advisor for Yael Bartana’s What if Women Ruled the World opening at Manchester International Festival in July 2017, and Aarhus Kulturby in November 2017.  Camilla Nielsson’s first feature documentary Democrats (2014) has screened at more than 80 film festivals, and won 20 awards and nominations – including Best Documentary at Tribeca Film Festival 2015, and Best Documentary at Nordic Panorama 2015. 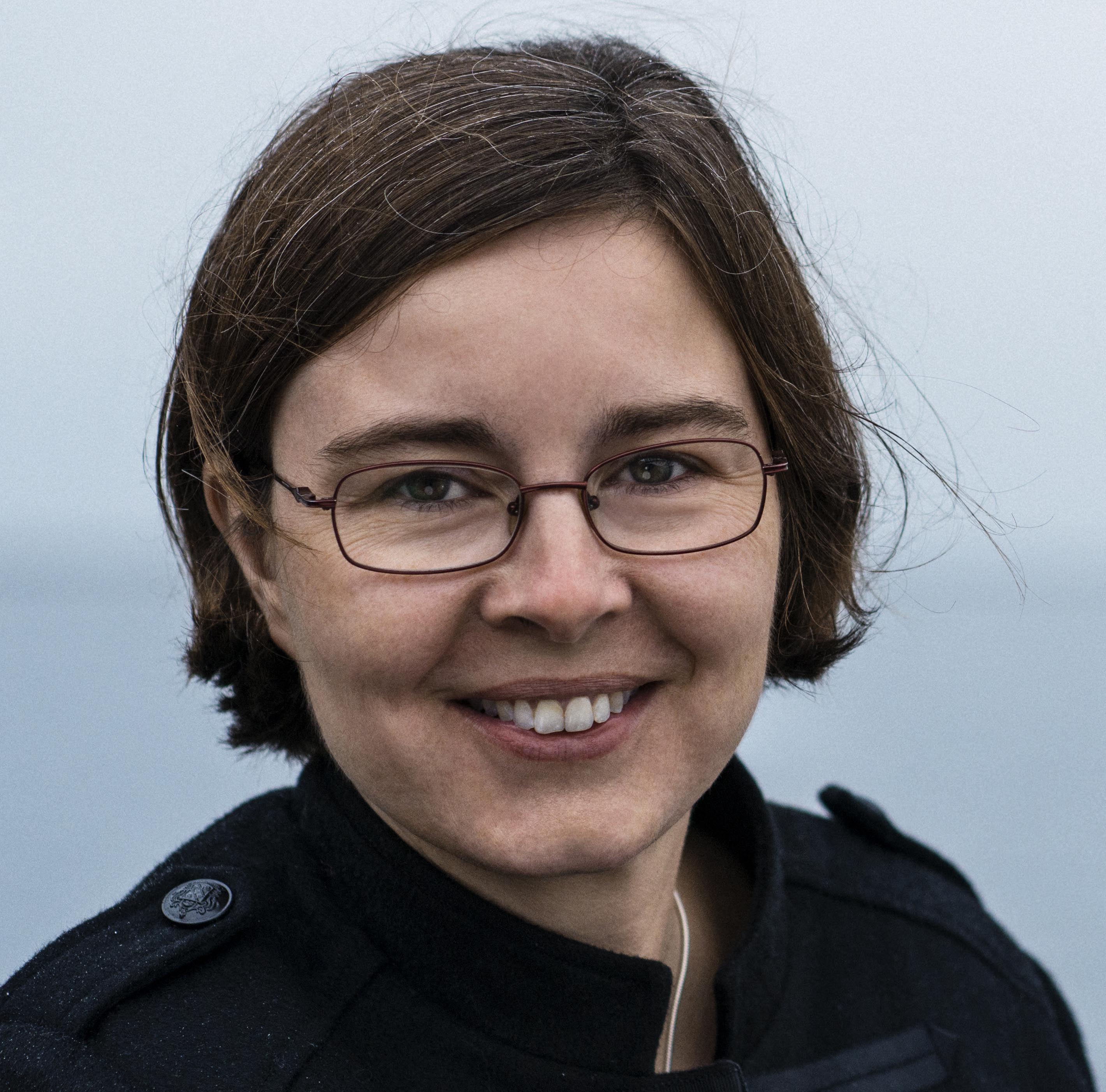 Signe Byrge Sørensen is a two-time Oscar® nomineefor producing Joshua Oppenheimer’s films The Act of Killingin 2014 and The Look of Silencein 2016. She was nominated for the Producer’s Guild Award in 2016 for The Look of Silence. She won Cinema Eye awards for the production of both these films. Signe Byrge Sørensen has been a producer since 1998. She began in SPOR Media in 1998, moved to Final Cut Productions ApS in 2004 and co-founded Final Cut for Real ApS in 2009. She holds an MA in International Development Studies and Communication Studies from Roskilde University, Denmark, 1998 (1st). She did the European co-production courses EURODOC in 2003, EAVE in 2010 and Ace in 2018. In 2014 Signe Byrge Sørensen has received the following Danish Awards: the Roos Prize, the Timbuktu Prize and the Ib award. Signe Byrge Sørensen recently produced Dreaming Murakami by Nitesh Anjaan, Land of the Free by Camilla Magid and Those Who Jump by Estephan Wagner, Moritz Siebert and Abou Bakar Sidibé. Her co-productions include Shadow World by Johan Grimonprez, Strong Island by Yance Ford, That Summer by Göran Olsson & Angels are made of light by James Longley. She executive produced What Walaa Wants and The Distant Barking of Dogs. Signe Byrge Sørensen has also recently started co-producing and developing fiction films. The first co-production The Nile Hilton Incident, directed by Tarik Saleh, won the International Sundance Drama Award in 2017. Her first fiction short A Drowning Mandirected by Mahdi Fleifel was selected for the short film competition in Cannes 2017. 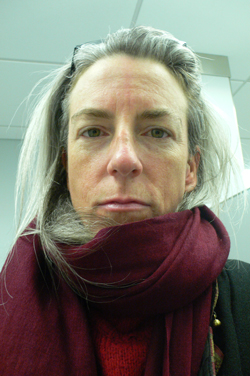 Among the feature films Joslyn Barnes has been involved with producing since co-founding Louverture Films with Danny Glover and partners Susan Rockefeller and Bertha Foundation are: BAMAKO by Abderrahmane Sissako, Elia Suleiman's THE TIME THAT REMAINS, Apichatpong Weerasethakul's 2010 Cannes Palme d'Or winner UNCLE BOONMEE WHO CAN RECALL HIS PAST LIVES and CEMETERY OF SPLENDOUR, Deepak Rauniyar's WHITE SUN, Lucrecia Martel's ZAMA, and Nadine Labaki’s 2018 Cannes Jury Prize winner and Oscar nominated CAPERNAUM.  Among the documentaries are: Sundance Grand Jury Prize winner and Oscar and Emmy nominated TROUBLE THE WATER by Tia Lessin and Carl Deal; Göran Hugo Olsson's BLACK POWER MIXTAPE 1967-1975, CONCERNING VIOLENCE and THAT SUMMER; Eugene Jarecki's Sundance Grand Jury prize winner THE HOUSE I LIVE IN; Tala Hadid's HOUSE IN THE FIELDS and forthcoming FOREST OF STONE; Oscar nominated and Emmy winning STRONG ISLAND by Yance Ford; Oscar and Emmy nominated HALE COUNTY THIS MORNING, THIS EVENING by RaMell Ross, and his short film EASTER SNAP; ANGELS ARE MADE OF LIGHT by James Longley, AQUARELA by Victor Kossakovsky. Forthcoming films include Lucrecia Martel's CHOCOBAR and Apichatpong Weerasethakul's MEMORIA.  In 2017, Barnes was the recipient of both the Cinereach Producer Award and the Sundance Institute | Amazon Studios Producer Award. In 2018, she won the Emmy Award for Exceptional Merit in Documentary Filmmaking and was nominated in 2019. In 2018 and 2019 she earned Oscar® Nominations for best Documentary Feature.