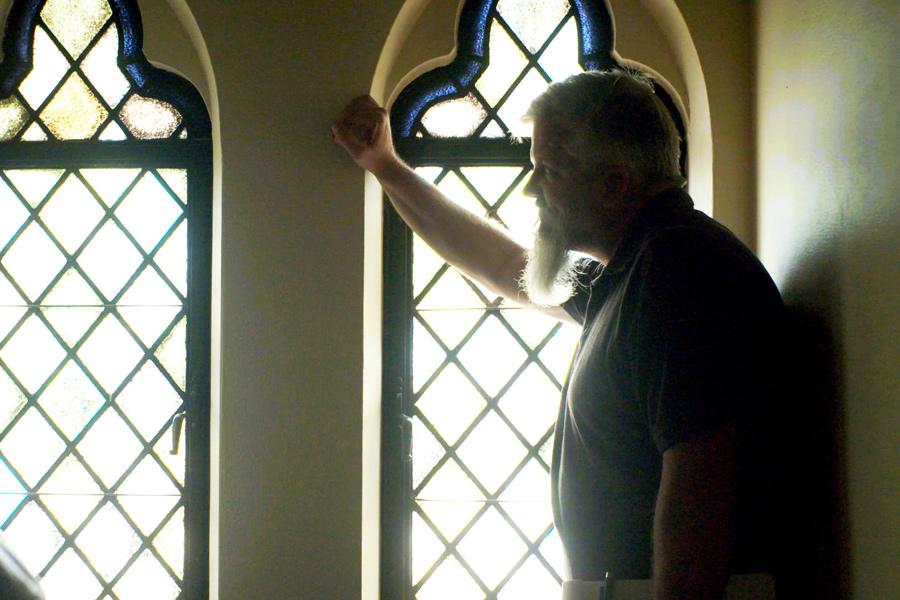 A group of survivors of sexual abuse by Catholic priests battle for justice and collaborate to create fictional scenes depicting rituals of power in the church. 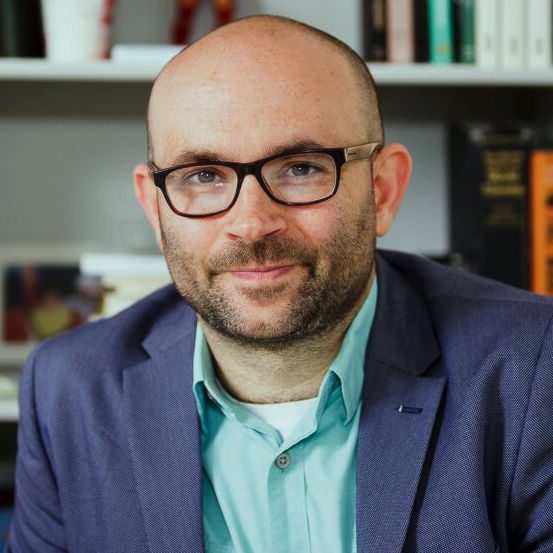 Robert Greene’s latest award winning film BISBEE ’17 premiered at the 2018 Sundance Film Festival. His previous film KATE PLAYS CHRISTINE won a Jury Award for Writing at Sundance 2016. Robert’s documentaries include the Gotham Awards-nominated ACTRESS, FAKE IT SO REAL and the Gotham Awards-nominated KATI WITH AN I. Robert was an inaugural Sundance Art of Nonfiction fellow in 2015 and is a three-time nominee for Best Director at the Cinema Eye Honors. The Independent named Robert one of their 10 Filmmakers to Watch in 2014 and he received the 2014 Vanguard Artist Award from the San Francisco DocFest. His first documentary, OWNING THE WEATHER, was screened at the COP15 Climate Change Conference in Copenhagen. Robert has edited over a dozen features, including HER SMELL (2018), GOLDEN EXITS (2017), QUEEN OF EARTH (2015) and LISTEN UP PHILIP (2014) by Alex Ross Perry, Amanda Rose Wilder’s award winning APPROACHING THE ELEPHANT (2014), Charles Poekel’s Spirit Awards-nominated CHRISTMAS, AGAIN (2015) and Douglas Tirola’s HEY BARTENDER (2013). He has been a Sundance Edit Lab Advisor and was on the U.S. Documentary Jury for Sundance 2017. Robert writes for outlets such as Sight & Sound and serves as the Filmmaker-in-Chief for the Murray Center for Documentary Journalism at the University of Missouri. 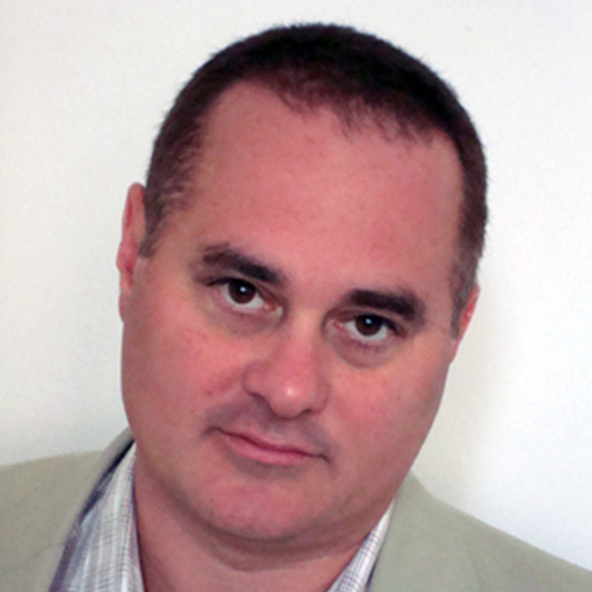 Douglas Tirola is an award-winning director and producer whose documentaries have been distributed around the world and have premiered at some of the most prestigious film festivals including Sundance, Tribeca, Berlin, HotDocs, and SXSW. Douglas’ latest film, BREWMASTER, premiered at the 2018 SXSW Film Festival and was released by The Orchard. DRUNK STONED BRILLIANT DEAD: The Story of the National Lampoon had its World Premiere at the Sundance Film Festival and was released theatrically by Magnolia Pictures nationwide followed by a release on Showtime, History Channel and Netflix. The James Beard nominated HEY BARTENDER and the award winning ALL IN – THE POKER MOVIE were both picked up by Showtime Networks and Netflix. His first documentary as a director, AN OMAR BROADWAY FILM, premiered at the Tribeca Film Festival where HBO Documentary Films acquired it. Douglas’ producing credits include: BISBEE ’17, which premiered at the 2018 Sundance Film Festival, KATE PLAYS CHRISTINE, which played at the Berlin International Film Festival and won a Grand Jury Prize at the Sundance Film Festival, MAKING THE BOYS (Berlin International Film Festival) and FAKE IT SO REAL (True/False Film Festival), both NY Times Critics Picks and the award winning ACTRESS. Douglas has worked as a screenwriter for Paramount, Universal, Fox, Warner Brothers, Sony, and New Line. Earlier in his career, he worked on films with directors Woody Allen, Robert Benton and Penny Marshall - his first job in the film business was as a production assistant on the movie When Harry Met Sally. He is represented by William Morris Endeavor. 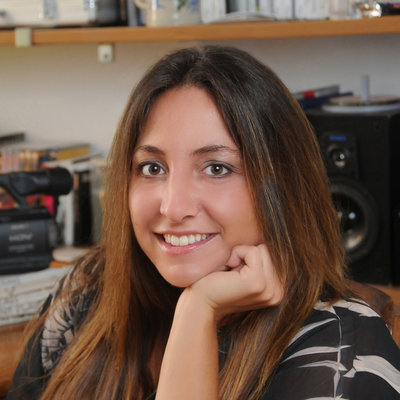 Susan is an award-winning producer whose most recent films include BISBEE ’17 (Sundance 2018, POV), BREWMASTER (SXSW 2018, The Orchard) KATE PLAYS CHRISTINE (Sundance 2016 Winner) and A&E Indiefilm’s DRUNK STONED BRILLIANT DEAD (Sundance 2015, Magnolia Pictures, Showtime Networks). Her 14 feature docs have all premiered at top festivals including Sundance, Berlin, Tribeca, Hot Docs, Edinburgh and SXSW and have enjoyed US and international theatrical releases as well as runs on premium cable, global television and all of the streaming platforms. Some of her partners include Magnolia Pictures, The Orchard, HBO, Showtime, POV, Netflix, Amazon, MTV and the History Channel. Susan is Senior Vice President of Production & Development at 4th Row Films, where she produces films from development through distribution. She is often asked to speak on industry panels and at mentoring events including IFP’s Independent Film Week Distribution Labs, the TFI/ESPN Doc Shorts Workshop and the CNN Films / Camden Filmmaker Retreat. Most recently she was named one of DOC NYC’s 40 Under 40 which honors top talents in the documentary field. Susan began her career working for producers Amy Robinson and Bob Balaban before becoming Director of Development for Fine Line Features founder, Ira Deutchman. She grew up working and watching movies at her parents’ arthouse theater, SoNo Cinema, in Connecticut. 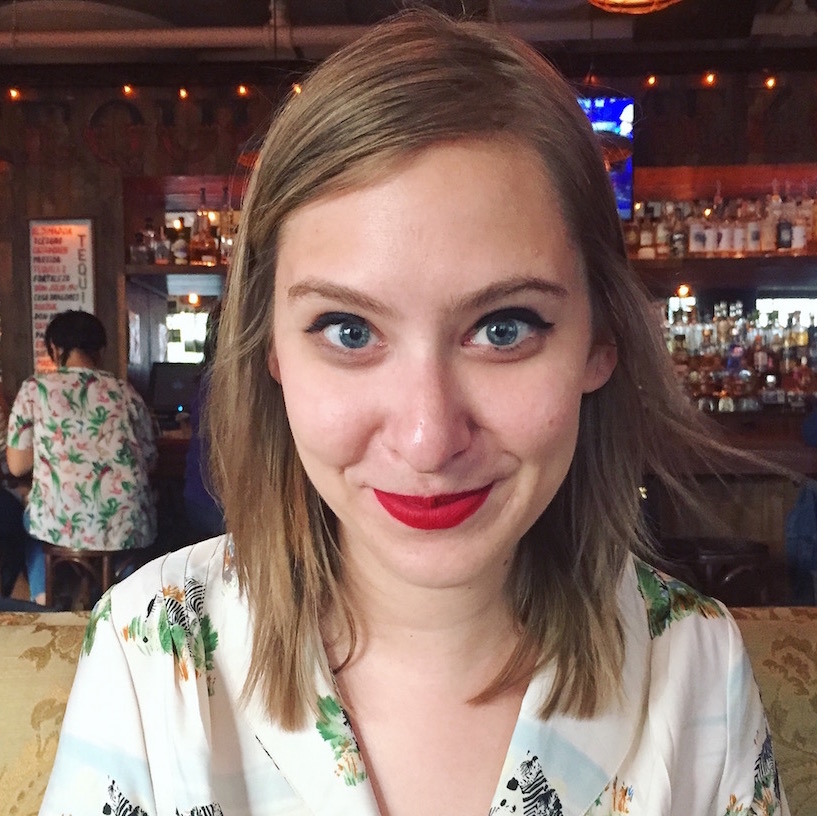 Bennett Elliott is an Emmy award-winning producer based in New York. She is the producer of Robert Greene’s Gotham Awards nominated BISBEE ’17 (2018), which premiered at the 2018 Sundance Film Festival. Bennett was the co-producer of Greene’s multiple award-winning Sundance documentary KATE PLAYS CHRISTINE (2016). She was selected as a 2017-2018 Sundance Institute Creative Producing Fellow and is currently producing a series for Red Bull that is Executive Produced by David Byrne. Bennett has coordinated television series for Bravo, the Food Network and Sundance Channel. In 2013, she won an Emmy for her work on the television show FRANKIE COOKS. At 26-years-old, she was named Head of Production at Mustache, a Brooklyn-based creative agency. There Bennett produced hundreds of video campaigns for clients including American Express, Chevy, Ford, Rent the Runway, Rebecca Minkoff, Conde Nast and the Netherlands Board of Tourism. Her award winning documentary, fiction film and music video work as producer and co-founder at the production collective House of Nod has taken her all over the world, including filming in Haiti, Israel, Paris, Barcelona, Peru and Amsterdam.