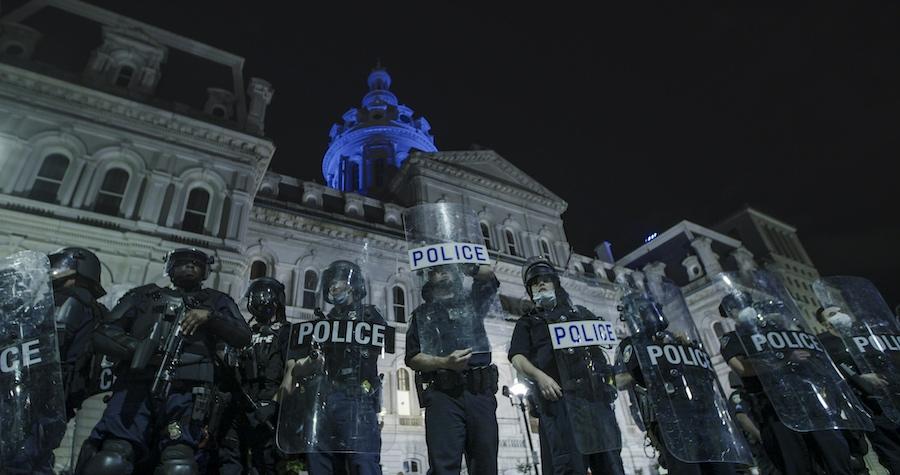 The Untitled Baltimore Documentary Project pulls back the curtain on local American politics during an unprecedented moment when the City of Baltimore and the United States is in the midst of a fight over justice and equity.

Gabriel Francis Paz Goodenough is a proud third-generation resident of Baltimore, Maryland. He is passionate about crafting documentaries that challenge conventional narratives about people from places like his hometown. He began his career as a camera assistant on projects such as A Beautiful Mind, The Sopranos, and The Wire. He served as a camera operator on the HBO series Unscripted and has been a cinematographer on documentaries for PBS, Netflix, and HBO. In 2017 he co-produced the Mexican/United States co-production of feature documentary Agave: The Spirit of the Nation that premiered at SXSW. From 2018-19 he worked in the Philippines photographing and co-producing Ramona Diaz’s documentary A Thousand Cuts. After returning from the Philippines, Gabriel was diagnosed with a rare form of bone cancer. Treatment for the disease has left him partially disabled and without full mobility in his right leg. Unable to return to his previous career as a full-time vérité cameraperson, he has kept his passion for documentaries alive by shifting his focus to directing. This project represents his first time as a feature documentary director. Gabriel is a magna cum laude graduate of the University of Southern California School of Cinematic Arts and a 2018 Katherine Davis Fellow For Peace. He is fluent in Spanish and has worked on several projects in Latin America.

Dawne Langford was raised in the Baltimore and Washington, D.C. region; she is a documentary filmmaker and cultural producer. After years of working in public media as a broadcast television editor, she transitioned to producing. In 2013 Dawne was accepted to the PBS Producers Academy and then began working in a freelance capacity on independent documentaries, including; Check It, Kandahar Journals, and Finding Joseph I, about the lead singer of the seminal punk band, Bad Brains. Her recent projects include working at Moxie Pictures in N.Y.C. as a story producer on a docuseries with director Lee Hirsch. She is also producing a project chronicling the descendants of the enslaved GU272 in conjunction with Georgetown University. Her primary interest is in amplifying traditionally suppressed narratives and presentations of historic events to deepen understanding, support learning, and stimulate community dialogue.