After helping achieve independence for South Sudan in 2011, an activist and military officer left behind the government and its abuses. Hiding in the bush, far away from his family, the former officer worked to form an opposition party in the hopes of ending the cycle of violence and bringing true democracy to his people. Now a refugee in the United States, he awaits word on his plea for asylum. The film is part of an animated, short-documentary series that digs deeper into the nuances of immigration as it relates to resettlement in the United States. 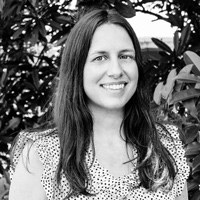 Amy Bench is a Texas-based filmmaker and visual artist who is drawn to the immediacy of film and photography to tell stories of community and resilience. Trained as a cinematographer, her observational style highlights small details of the human experience that transcend formal explanation. Her camera work has screened at festivals including Berlin, SXSW, Sundance, The New York Film Festival, and at MOMA/PS1 and in 2016 she was named a “DP on the Rise” by Paste Magazine. She was the cinematographer on Trans in America: Texas Strong, which won an Emmy for Best Original Short Documentary in 2019, and 2 Webby Awards. She is the cinematographer on Mama Bears, an IDA-supported feature-length film that builds on Texas Strong and follows the transformative power of Christian mothers who affirm their LGBTQ children. Amy’s animated documentary A Line Birds Cannot See won Special Jury Recognition at SXSW, and is now available on The New Yorker, where it is a finalist for the 2020 Ellie Awards for excellence in digital magazine journalism. 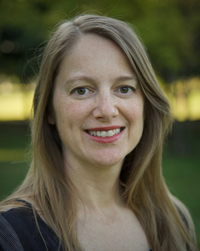 Carolyn Merriman is the executive producer at the Future of StoryTelling (FoST) and a curator interested in the intersection of art, technology, and storytelling. As a producer she works across media, including documentary films, animations, apps, and other interactive experiences. She was an associate producer on The Unforeseen, a documentary executive produced by Terrence Malick and Robert Redford and directed by Laura Dunn. She was a producer on A Line Birds Cannot See.