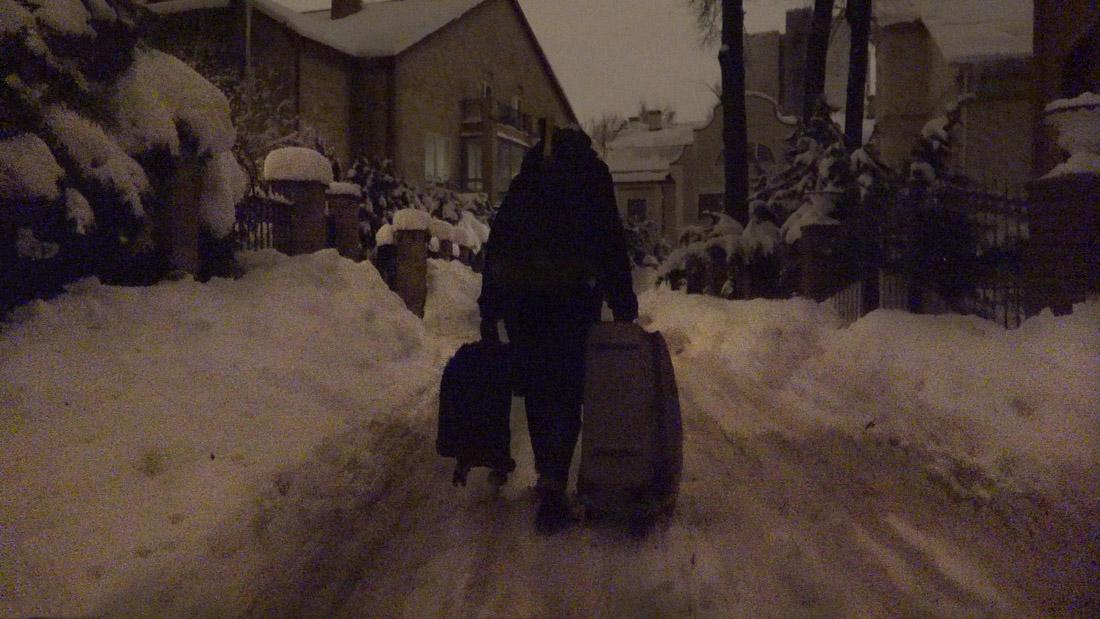 Searing urgency is a guiding force as Welcome to Chechnya shadows a group of activists who risk unimaginable peril to confront the ongoing anti-LGBTQ+ pogrom raging in the repressive and closed Russian republic. Since 2016, Chechnya’s tyrannical leader, Ramzan Kadyrov, has waged a depraved operation to “cleanse the blood” of LGBTQ+ Chechens, overseeing a government-directed campaign to detain, torture, and execute them. With no help from the Kremlin and only faint global condemnation of the violence, a vast and secretive network of activists takes matters into its own hands.

With unfettered access, Academy Award nominee David France chronicles a modern-day underground railroad, using a remarkable approach to protect the anonymity of his subjects. France is the perfect filmmaker to tell this story. He’s a warrior with a camera and the ultimate purveyor of the imperative of documentary to expose atrocity and ignite change. With scorching power that will leave you quaking in your seat, Welcome to Chechnya dares to confront genocide in the making.

DAVID FRANCE, Director, is an Oscar-nominated filmmaker, New York Times bestselling author, and award-winning investigative journalist. His directorial debut, HOW TO SURVIVE A PLAGUE, is hailed as an innovative and influential piece of storytelling and is regularly screened in university classrooms, and by community groups and AIDS service organizations. Appearing on over 20 “Best of the Year” lists, including Time and Entertainment Weekly, the documentary earned a GLAAD Award and top honors from the Gotham Awards, the International Documentary Association, the New York Film Critics Circle, the Boston Society of Film Critics, and the Provincetown Film Festival, among many others. After a theatrical run reaching over 30 cities, HOW TO SURVIVE A PLAGUE was aired on PBS’ Independent Lens, reaching an audience of millions and garnering Academy and Emmy nominations and a Peabody Award. His 2017 film, THE DEATH & LIFE OF MARSHA P. JOHNSON, a Netflix Original Documentary, won numerous festival prizes and was awarded the Outfest “Freedom Award” and a special jury recognition from Sheffield International Documentary Festival. Critics put it on multiple “Best of the Year” lists (and gave it a 96% ranking on Rotten Tomatoes). David’s latest book, also titled HOW TO SURVIVE A PLAGUE (Knopf, 2016), received the Baillie Gifford Prize for best nonfiction book published in the English Language. In addition, France has seen his journalistic work inspire several films, including the Peabody-winning Showtime film SOLDIER’S GIRL, based on his New York Times Magazine story of the transgender girlfriend of a soldier killed in an anti-gay attack.

JOY TOMCHIN, Executive Producer, Producer and co-founder of Public Square Films. Joy’s first film, HOW TO SURVIVE A PLAGUE, was nominated for an Oscar, an Independent Spirit, and a Director’s Guild Award, and won a Gotham Award for Best Documentary. Her most recent documentary, THE DEATH & LIFE OF MARSHA P. JOHNSON, won numerous festival prizes and was awarded the Outfest “Freedom Award” and a special jury recognition from Sheffield International Documentary Festival. She is a nationally recognized activist in the AIDS, lesbian and gay, transgender, women’s, and children’s rights movements. She has received the Victory Award in recognition of her service as co-chair for the Gay and Lesbian Victory Fund (1992-1996) and the Judith Peabody Award for service to Gay Men’s Health Crisis (1985-1991).

ALICE HENTY's career in producing feature documentaries started with the Academy award winning One Day in September [2000]. Most recently, she completed Welcome to Chechnya, which will premiere at Sundance 2020 in US documentary competition. Prior to that she produced The Work [2017], which won the Grand Jury prize at SXSW, the Audience Award at Sheffield and was a Gotham nominee. Previous credits include Skyladder [2016], Happy Valley [2014], Citizen Koch [2013], Beware of Mr Baker [2012], Buck [2011] and The Tillman Story [2010]. She is a Sundance Creative Producing Fellow and an active member of the DPA. She co-founded Maylo Films in 2016 specifically to produce character-led, verité projects with new directors.