5B is the story of everyday heroes, nurses and caregivers who took extraordinary action to care for the patients of the first AIDS ward unit in the United States. 5B is told through first-person testimony of the caregivers who built Ward 5B in 1983 at San Francisco General Hospital, their patients, loved ones, and staff who volunteered to create care practices based on humanity and holistic well-being during a time of great uncertainty.

Screening of film is followed by a moderated post-film conversation with Co-Director Dan Krauss and subject Hank Plante, moderated by Chery Glaser of KCRW, plus reception at the Landmark Wine Bar. 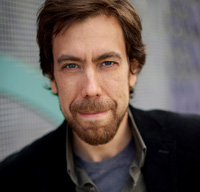 Dan Krauss is a two-time Academy Award-nominated film director who is known for bringing untold stories to audiences—and 5B is no exception. Krauss spent years researching and interviewing patients and nurses and labored for months with a small crew of passionate individuals to capture their stories and bring them to the screen. He received his first Oscar nomination in 2005 for The Death of Kevin Carter. The film was also nominated for two Emmy Awards, and won awards from the Tribeca Film Festival, the International Documentary Association and The San Francisco International Film Festival, among others. Krauss earned his master’s degree from UC Berkeley’s Graduate School of Journalism, where he lectured in film and television production. He is a member of the Academy of Motion Pictures Arts and Sciences and the Director’s Guild of America. 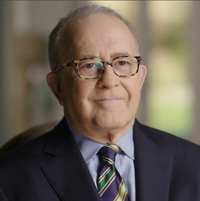 Henry A. “Hank” Plante is an American television reporter and newspaper columnist. He is on-air at NBC Palm Springs and he is a member of the Editorial Board of Gannett’s Desert Sun newspaper in Palm Springs. Winner of the George Foster Peabody Award and multiple Emmys, he covered California for three decades for TV stations in San Francisco and Los Angeles. He now writes occasional columns for newspapers in California, usually focusing on politics or gay and lesbian issues. One of the first openly gay TV reporters in the United States, Plante is the recipient of various honors from LGBT rights advocacy organizations and trade groups.